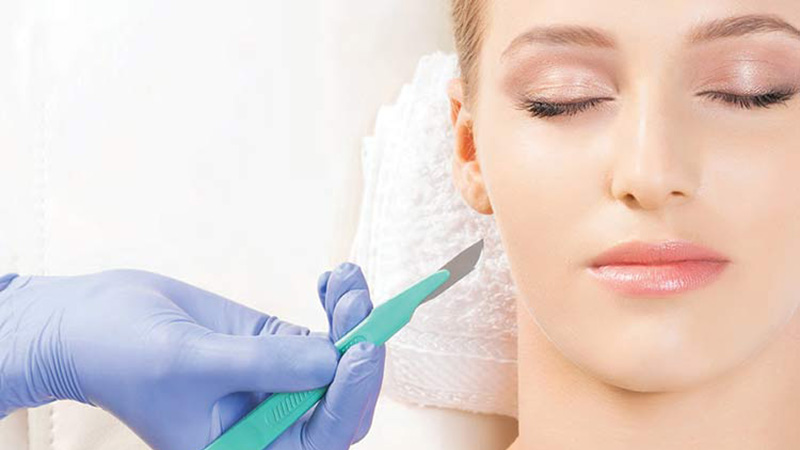 For as long as there has been mankind, there has been aging – and humans trying to defy the aging process. Ancient Egyptians used crocodile fat to challenge baldness, Spanish explorer Juan Ponce de Leon desperately sought out the Fountain of Youth, and, in modern times, many individuals have turned to plastic surgery.
According to Tracking Operations and Outcomes for Plastic Surgeons – which bases its information on reports from U.S. plastic surgeons – the five most prevalent surgical procedures in 2016 were breast augmentations, liposuction, rhinoplasty, eyelid lifts and face-lifts, respectively. Botox is by far the most popular non-surgical procedure, with roughly 7 million injections annually.

Dr. Ram Kalus of Mount Pleasant-based Plastic Surgery of the Carolinas has been in practice for 27 years in elastic and reconstructive surgery, focusing predominately on breast, face and body aesthetics. Dr. Kalus – who has served as a professor at the University of South Carolina and is a faculty member of the Medical University of South Carolina – routinely performs breast augmentations. He said the procedure has come a long way.

“There has been an incredible amount of advances in the last few years, probably more than in the entire history of breast implants,” he said. “The old controversy surrounding silicon has been put to bed. The FDA has studied millions of women across the world about if they are safe and they came to the overwhelming conclusion that they are safe.” 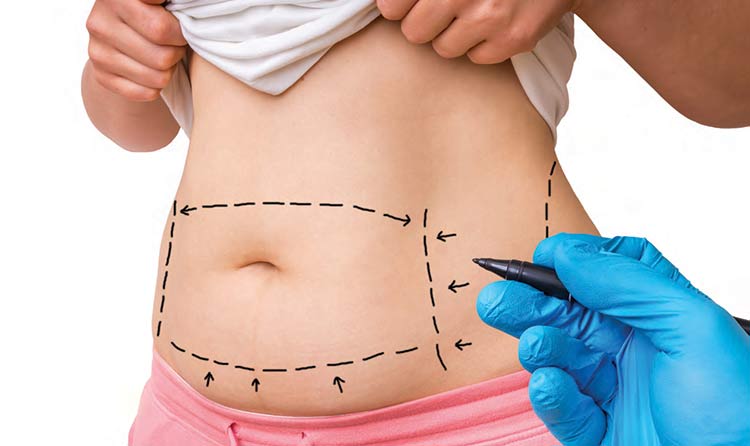 One common fear is that the breast implant will rupture after the procedure. Manufacturers of silicone and saline breast implants typically offer either a 10-year or lifetime warranty against rupturing. While some warranties last a decade, not all implants have to be replaced at the 10-year mark. The U.S. National Library of Medicine National Institutes of Health reported that 15 percent of implants rupture between the third and 10th year while acknowledging that rupture risks increase with implant age.

Like any surgery, complications can arise from bleeding, infection or anesthesia. One unique potential side effect is capsular contracture, when internal scar tissue forms a constrictive capsule around the implant, causing it to harden or change shape. Dr. Kalus performs hundreds of augmentations per year and said this happens in less than 1 percent of patients at his practice. He described the breast as a unique part of the body that may need revision surgery unrelated to previous procedures.

“I do one or two revision surgeries per year,” he said, pointing out that the revisions are on surgeries performed by other surgeons. “The breast is a part of the body that can be affected by so many things: age, weight, gravity, pregnancies and so forth. It is not a problem with the implant, more so with the change of the breast over the years.”
“The old controversy surrounding silicon has been put to bed. The FDA has studied millions of women across the world about if they are safe and they came to the overwhelming conclusion that they are safe.”
Post-surgery care for breast implants is minimal. Dr. Kalus informs his patients that there is pain for seven to 10 days, and then a bra is required day and night for a month, except when the patient is showering. He adds that patients shouldn’t drive for a week and should avoid strenuous activities such as jogging or horseback riding for a month. Reconstruction surgeries can add on a couple of weeks, depending on the complexities of the procedure. Dr. Kalus said breast implant surgery can make a substantial difference in a woman’s life.

“Whether it’s reconstruction or augmentation, we have a great track record of women who would do it over again,” he said. “It boosts self-confidence, but it’s not for everyone. There are plenty of small-breasted women who feel just fine. We aren’t advocating it; we’re just making sure we offer it.”

Dr. Kalus added, “In terms of reconstruction, losing a breast is different. A woman being disfigured or deformed because of a loss of all or part of the breast can be very emotionally devastating. The reconstruction can be truly life-transforming for some women.”

Two other popular procedures performed at Plastic Surgery of the Carolinas are liposuction and abdominoplasty. Often combined, liposuction, or “lipo,” slims and reshapes specific areas by extracting fat deposits and reproportioning the body, while abdominoplasties, or “tummy tucks,” remove some skin and fat from the abdomen to firm up the area.

Dr. Kalus said liposuction can be done almost anywhere in the body, though it is not intended for severely obese patients. He recommends proper dieting and exercise before patients can undergo the procedure.

“It’s a terrific technique for stubborn fat deposits that don’t go away,” he said. “It’s a body contouring tool for saddlebag areas and lower tummy or upper arms. The optimal patient in my practice is pretty close to their ideal body weight.”

He added that while an abdominoplasty is a longer procedure, usually between three and four hours, it is also a very low-risk surgery.

“The recovery is close to about 75 percent in three weeks and 95 percent in six weeks, then they can hit the gym,” he said.”It’s a longer procedure, so sometimes there’s a risk of a blood clot, but we have special pumps to squeeze on the calves to increase circulation. Patients are walking as soon as an hour after surgery.”

Dr. Kalus lists other common procedures at his practice, such as face-lifts, eyelid lifts, repairing split earlobes and scars. Not all procedures are strictly for aesthetics; even a rhinoplasty to reshape a patient’s nose can be done to help enhance breathing passages. Dr. Kalus also performs surgeries to remove cancer while leaving little or no trace of the surgery.

“A lot of people think about facial skin cancers as something a dermatologist takes care of,” he said.”They often diagnose it, but, if there’s a skin cancer on the forehead or nose, you want it removed with the least amount of scarring and disfigurement. We spend an incredible amount of time planning and executing the surgery to ensure there is little to no signs of surgery.”

Everyone eventually shows signs of aging, though many people worldwide try to slow down the process with Botox injections. According to statisticbrain.com — a research provider that covers everything from crime demographics to home runs — over 4 million people in the United States alone receive Botox injections, creating almost $2.5 billion in annual revenue. The procedure is often performed with hopes of eradicating forehead, neck and mouth wrinkles or lifting the brow. Another common issue that Botox can help eradicate is excessive sweating. The FDA approved Botox to treat excessive underarm sweating in 2004. Injected just below the outer skin level, it works by blocking the messengers that carry sweat in the body. StatisticBrain.com lists the average Botox procedure at 30 minutes, with surgeons injecting approximately 121 patients per year. A treatment lasts around four months and costs between $50 and $500 per treatment, depending on the procedure and the surgeon. A comprehensive look at the Botox industry and its benefits will be available in the fall issue of HealthLinks Charleston. 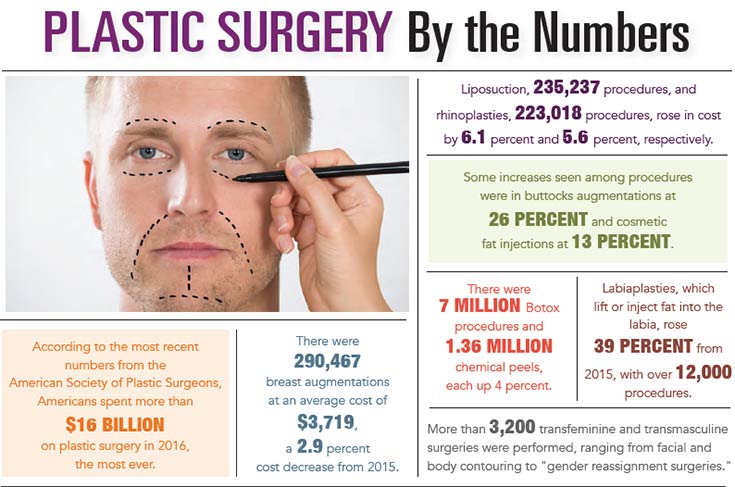