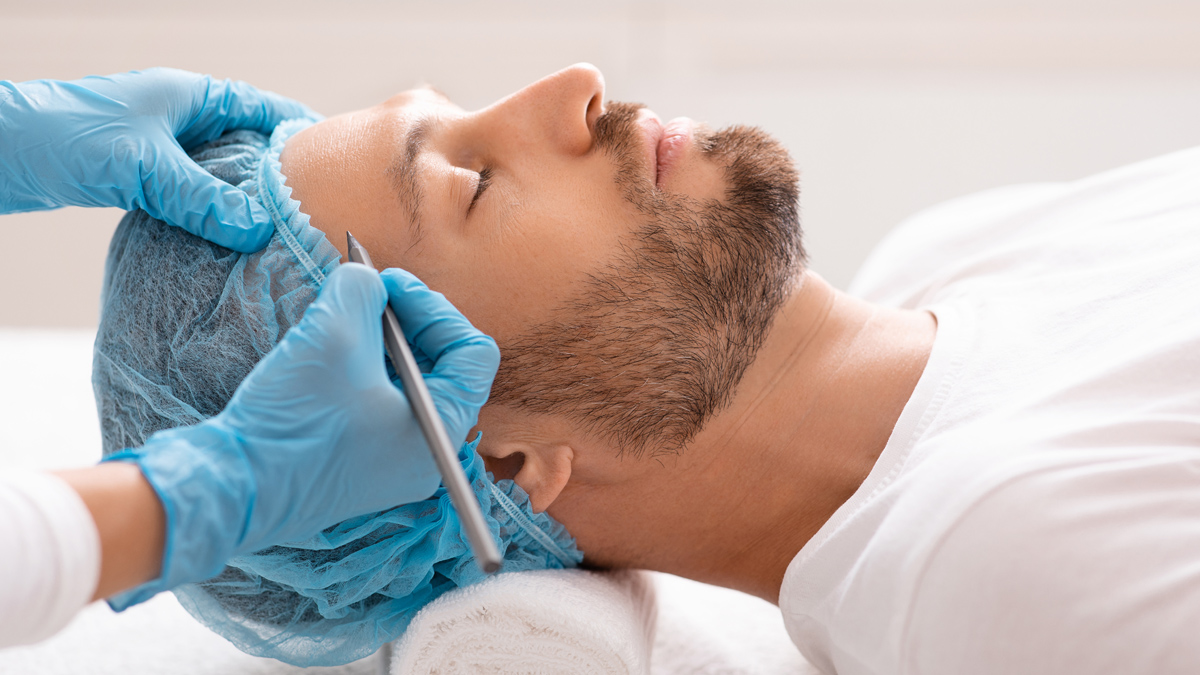 Pretend you are considering facial surgery to change your aesthetics or to correct damage due to injury or treatment of skin cancer. While you will face a number of variables on how you want to look, how much you want done and who to use for the surgery, one constant in the process is that you will have a surgical scar.

For the past 32 years, Dr. Marcelo Hochman has been helping patients of all ages and needs not only to get new looks but also to keep their surgical scars hidden and unnoticeable.

“We all want to look our best,” said Dr. Hochman, who is the owner of The Facial Surgery Center in Mount Pleasant and also is double-board-certified in facial plastic and head/neck reconstructive surgery. “And a goal in facial surgery is to camouflage the best possible scar.”

And there are two different types of facial scars. For example, suppose your face has been scarred by disease or injury. Dr. Hochman and his team would guide you through the process of reconstructive surgery.

“If a scar is from an injury, then we’re starting with a cut in the skin which is not planned,” Dr. Hochman said. “It may be irregular or bruised, and there may be things about it that impact the way the incision heals.”

How quickly a reconstructive scar heals can depend on its size and the amount of surgery. The scar could heal within a week, but, if you require a skin graft, the healing could take several weeks.

“But anytime the skin is injured or a cut is made into the skin, it heals in the same fashion – by producing a scar,” Dr. Hochman said.

The same is true for the second type of facial surgery – cosmetic or elective. This involves enhancing the aesthetics of the face and includes deep plane face-lifts, nose surgery, eyelid surgery and skin resurfacing with lasers or physical planing of irregularities.

The healing process for any scar is usually six to 12 months, with redness at first, followed by hardness of the treated area, then a softening of the scar and a gradual fading of the redness.

“When we surgically create a scar, we have some control in how it heals,” Dr. Hochman said. “But the healing process itself, what the body goes through to weld those tissues back together, is the same regardless of what caused the scar.”

The American Society of Plastic Surgeons reported that in 2020, approximately 15.6 million people in the United States had some form of facial surgery. Nose reshaping led all categories, with more than 352,000 procedures.

“The technology and our understanding of facial aging’s root causes are ever-improving, and we now have the ability to combine multiple techniques to achieve unprecedented facial rejuvenation results,” he said. “And if we maximize the healing process in a certain way that we control, then you will not look different, only better.”

Since his first facial incision, Dr. Hochman has been repeatedly recognized by peers and patients alike – and not just for his surgical abilities.

He has been awarded the Order of the Palmetto, South Carolina’s highest civilian award, by making it possible for poor people in his community to get free medical service. And he also has a special niche practice for children with vascular tumors, with patients seeking his expertise from around the country.

He said that since 1990, facial surgery for any reason has increased.

“Cosmetic has become more popular and sought-after,” he said. “And reconstructive procedures have risen because of more injuries from dog bites, gunshots and motor vehicle accidents.”

So if you are contemplating any kind of facial surgery, either cosmetic or reconstructive, Dr. Hochman and his team will give you all the information you need to decide.

“It is only natural to want to look as good as you can regardless of the cause,” he said. “And for me to be able to change someone’s life through reconstructive surgery, migraine treatment or cosmetic surgery is an amazing privilege.”