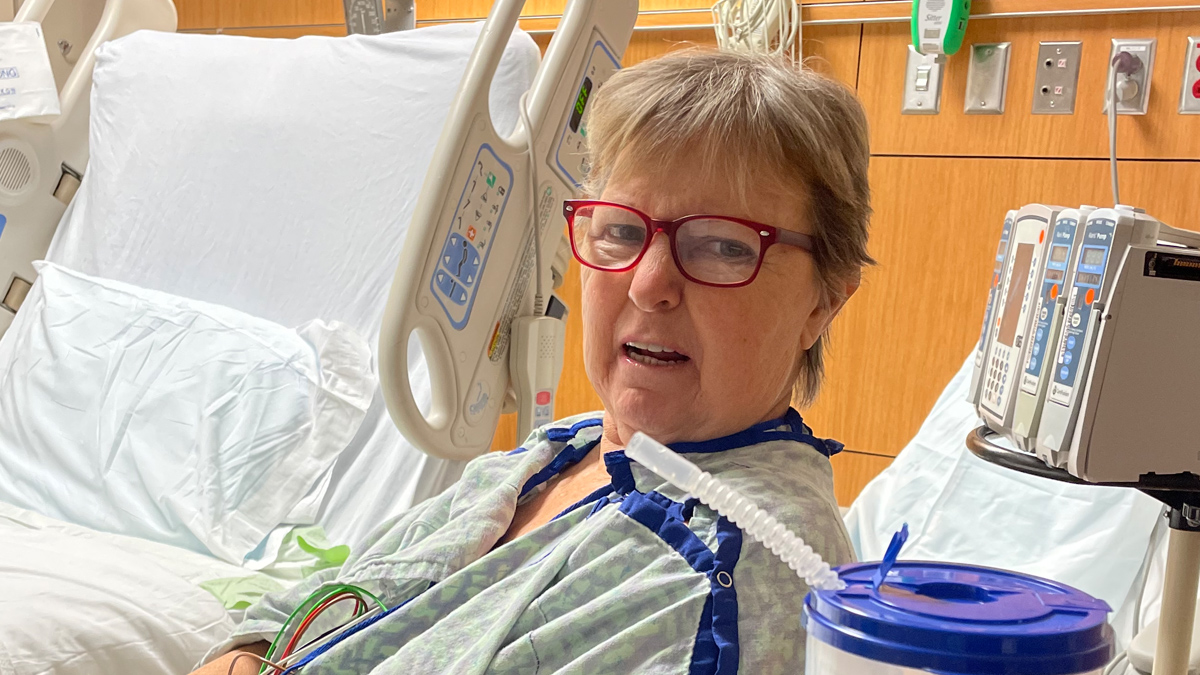 This story is part of a series of articles on kidney transplantation, kidney health and disease prevention that continues in the November/December edition.

July 26, 2022. It is 4:30 in the morning, and Linda Burns is packing a small bag: eyeglasses, tablet, two changes of clothes, six bottles of various medications, her living will and health care power of attorney.

In three hours, her future – uncertain when she went to bed the night before – will have changed as she becomes the 10th kidney transplant patient in the new Prisma Health Transplant Center in Greenville and the fifth to have a living donor.

A resident of Greer, Linda has been fighting kidney failure for four years. It has been an up and down battle with incredible successes and disappointing setbacks. Through a restrictive, complex and ever-evolving diet as well as lifestyle changes, she has held dialysis at bay, impressing her nephrologist who believes she should have been on dialysis two years ago.

While she is diminutive in size, she is indomitable in will.

Unlike many South Carolinians struggling with kidney disease and kidney failure, Linda has neither hypertension nor diabetes. The exact cause of her kidney damage is unknown, though she believes it was a severe reaction to chemotherapy in 2017 following breast cancer surgery.

Kidney disease is on the rise in South Carolina. Its seventh-in-the-country ranking should come as no surprise, since the Palmetto State is high on the list of the three biggest contributors to kidney failure: Diabetes is fifth, high blood pressure is seventh and obesity is tenth, according to American’s Health Rankings.

The Prisma Health Transplant Center in Greenville is the fourth transplant program that Director and Chief Surgeon Dr. Todd Merchen has helped to develop or start. The Prisma program filled a void of accessible transplant surgery and care in the Upstate, where patients previously had to travel more than 100 miles for a transplant. The center, which opened in late 2021 and performed its first transplant in February of 2022, has already received more than 1,000 referrals.

Kidney disease is not curable, but it is preventable.

“I would love personally for patients to have more access to care earlier to diagnose hypertension and diabetes in younger people,” said Dr. Merchen. “These conditions are potentially something we can intervene on with earlier and better medical care. Transplant staff love what we do, but we would love to have less of it to do.”

As soon as her oncologist identified her kidney disease, Linda tackled it head on. In 2018, she engaged nutritionist Denise Capicchino to design a diet focused wholly on the health of her kidneys. Favorite foods like tomatoes and cheese were replaced with homemade “kidney tea,” pea milk and nondairy cheese. After an unappetizing year, she had improved her kidney health and dropped from stage 2 to stage 1.

Capicchino made it clear that the diet wasn’t a cure, Linda recalled, “but you can stave off having dialysis.” A native Australian, Capicchino was attracted to the South, Linda said, “because she thought she could do the most good in a place like this.” The diets are very specific and very strict. Realizing that her clients in the South were the most in need but also least likely to follow the regimen, Capicchino returned to Australia in 2019.

Knowing that the progressive disease had not been permanently beaten back, Linda has stuck with the diet, and as bloodwork revealed changes such as high potassium and phosphorus, other foods were jettisoned, including nuts, whole grains, fruits and vegetables.

“You get very little information about what to do with this kind of a diet,” she explained, noting that crafting an eating plan based on the disease stage and the results of countless blood tests required “a lot of research and educating myself. It was very hard. It would be hard for anyone.”

But Linda is no stranger to facing challenges, mostly alone. Ever since childhood, she said “there was no one I could ever allow myself to count on for anything.” At 17, she was the caregiver for her mother. In 2011, she nursed her husband, Dave, through ALS, a progressive neurological disease that is physically and emotionally debilitating both for patients and their families.

“I made a promise to him that he would die in his own home, but it almost killed me,” Linda recalled.

And in 2017, with no family or support system in Greenville, she battled breast cancer.

There’s a direct line from Linda’s cancer to her transplant. As she recovered from her surgery, she met and befriended several breast cancer survivors. Over the years, that’s evolved into a small group of very close friends who have stood by Linda through her journey. A pair of sisters both volunteered to donate a kidney. One matched, which put Linda in the relatively small group of transplant patients – 27% – who don’t have to wait on the United Network for Organ Sharing list.

“It is an amazing gift. I am in awe of these girls and incredibly grateful,” Linda said.

As Cathy Self, a Greenville County special education teacher, found out, the path to becoming a living donor is challenging. Before she could be accepted to be Linda’s donor, she had to undergo a battery of tests from a nuclear stress test of her heart to a CAT scan to explore her body for as-yet-unseen illness or cancers – and countless vials of drawn blood.

Living kidney donation is the one medical procedure that has the potential to run up against the Hippocratic oath of “first, do no harm.” Although removing a kidney is a low-risk procedure, there are a “broad base of challenges we have to think through,” Dr. Merchen explained, “that are mostly thought-provoking and inspiring.” Transplant staff must balance the risk not only of the surgery but of the donor’s long-term health. If the loss of a kidney puts donors at even potential risk of a major health complication later in life, they may be disqualified.

“We know if we pick correctly and carefully, the vast majority of living donors do well and would do it again. We have to be extraordinarily careful to give them the opportunity to think through all those risks,” Dr. Merchen noted.

Cathy sees her donation as both a gift to a well-loved friend and an affirmation of goodness in the world: “We can help this crisis of so many people needing a kidney. If we all work together, we can make a difference.”

Linda was discharged three days after the transplant; Cathy left a day later. During their hospitalization, four more transplants were performed.

The Upstate’s new transplant center is already feeling the growing pains and is planning to add two more nephrologists and another surgeon to its current roster that includes coordinators, pharmacists, nutritionists and other support staff.

“It can be pretty daunting to go through anything as complex as a transplant,” Dr. Merchen explained. “We are trying to build a very patient-friendly, communicative and open process that puts patients at the center.”

Visit donatelifesc.org for more information on becoming an organ donor. 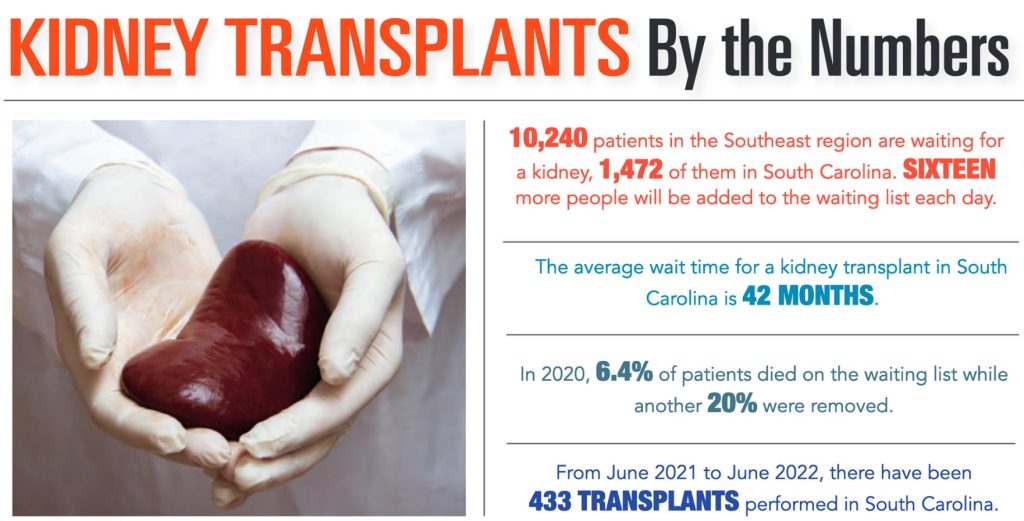