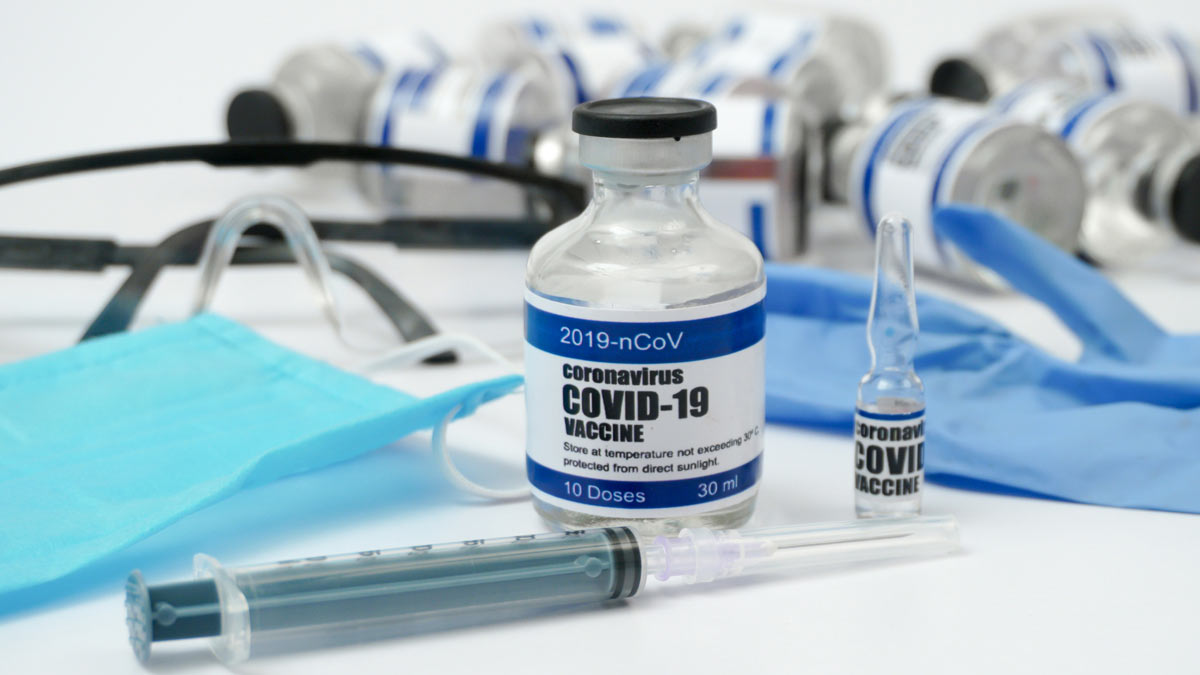 Dr. Albrecht is an immunologist who has also served as chief of the USC Infectious Diseases Division. Dr. Reves is a world-renowned cardiac anesthesiologist whose current project is a $1 million CDC-supported grant to educate health care workers on protection from viral diseases like COVID and Ebola.

From Charleston to Greenville, there are arguments and discussions about the pandemic. Real or fake? Should I double-mask or not wear a mask at all? Will mask-wearing be part of our future?

The accessibility of conflicting information makes it difficult to make good decisions. As a community – whether that’s the United States, South Carolina or your church – we need to get a maximum number of individuals vaccinated. And yet, even among health professionals, vaccine acceptance nationally is somewhere around 71%. Dr. Reves admitted that he doesn’t understand it.

“A few are a little concerned because this is emergency use and (the vaccines) haven’t gone through the full FDA process. So they’re going to wait – at their own risk, I would say – for full FDA review and approval,” he said.

Dr. Reves pointed out that South Carolina’s lack of a strong public health infrastructure has left many parts of the state to figure things out on their own. Based in the Lowcountry, he said , “People down here are far more adherent to public health recommendations” and noted that at MUSC, “virtually all health care providers have gotten their second shots and a good percentage of the 70+ population has received at least one dose.”

For those worried about the speed of the two currently approved vaccines – Pfizer and Moderna – Dr. Albrecht pointed to several factors: “We’ve been working on related viruses (SARS and MERS) for some time,” he noted, “so some of the baseline work was already done.” But a bigger boost came from massive government underwriting of the development process. Operation Warp Speed pumped upwards of $12 billion into six companies for vaccine development and reserved hundreds of millions of doses. With all the risk underwritten, Dr. Albrecht explained, companies embraced an accelerated process.

“They were not doing testing one after the other. Instead, they conducted those studies in parallel,” he pointed out.

The developers were required to manufacture vaccines while they were still studying them. The parallel process meant they could release 100 million doses the same day the FDA gave its emergency approval. Pfizer, however, did not accept federal funding of its vaccine development but signed a $1.95 billion supply contract to sell 100 million doses to the government, with an option for 500 million more.

Both experts are fully supportive of the mRNA mechanism used in the Pfizer and Moderna vaccines. Dr. Albrecht called using mRNA to deliver a “blueprint” for the virus’ spike protein to our cells “elegant because it’s so safe.” That blueprint tells our immune system how to recognize the COVID protein and block it so it cannot bind to our cells.

Now we are nearing approval of two new, non-mRNA vaccines. With the Pfizer and Moderna formulations showing 95%+ efficacy, why get the AstraZeneca or Johnson & Johnson version? Both of these vaccines have normal storage requirements, making them easier to distribute, especially in rural or remote areas. In addition, those who get the Johnson & Johnson vaccine need only one shot instead of two.

With two highly effective vaccines on board and at least one more close to approval, the big push now, according to Dr. Albrecht, is getting to critical mass in vaccinations as quickly as possible – no later than October and as early as June would be best.

He explained that the “longer we give the virus to spread, the more it mutates.” Each mutation – and there have been 4,000 so far – gives it a potential way out – a chance at life.

“If we draw this out slowly, the virus will hit a lot of vaccinated individuals but can still escape in those who aren’t. And it will find a way to get around the vaccines,” he said.

The good news is that mRNA vaccines “are easily tweaked and produced” and “Moderna is already tweaking.”

Since December, South Carolina has vaccinated an average of 9,949 people a day. To vaccinate roughly 4 million of the state’s 5.3 million residents, we need to vaccinate 27,000+ every day through September.

Time for a few lightning round questions:

How long will the vaccine protect me?

Like many questions about the vaccine right now, this is unknown. But COVID research is continuing. “We don’t know now, but we will know,” Dr. Reves said.

Can you mix and match vaccines, getting one Moderna and one Pfizer?

Both experts agree that’s not recommended. In most cases, you’ll get your second dose in the same place you got your first, and, generally, distribution centers are getting one specific vaccine. Nonetheless, your vaccine card will indicate what you were given, so you can get the same second dose.

Do you have to get the second shot of the mRNAs?

You want to get both, explained Dr. Reves. Immunity is generally lower after the first dose; that’s the reason for the second. It raises the effectiveness. More follow-up and testing will provide answers to more complex questions and alternatives, but for now, “try to do it as directed.”

Can you request a specific vaccine?

“At the present time, you can’t,” Dr. Reves said. “In Charleston, MUSC has been given the Pfizer, at Roper, they’re giving Moderna. Take what they’re offering.”

If you’ve had COVID, should you still get the vaccine?

Dr. Reves cited the CDC recommendation that the answer is yes but added, “I wouldn’t be in a rush to be vaccinated. If you know for certain that you had the disease, you can wait awhile.”

With virulent mutations appearing in South Carolina, should we double mask? And will we be wearing masks for potentially years to come?

Our experts are divided on this. Dr. Reves said “yes” to double masking or, better yet, wear an N95 mask, which are now more available to the general public. But on future masking they are split. “It’s not a terrible stretch for mankind to think maybe I should care about my fellow man and put on a mask,” noted Dr. Reves, adding that he believes we’ll be wearing masks for “a long time – maybe a couple of years.” Masks do less to protect the wearer, and, according to Dr. Albrecht, the vast majority of infections are caused by those not wearing masks. So doubling up, in his view, doesn’t really address the problem. “Once we have controlled the spread and vaccinated the majority of our communities, I think you can be significantly less stringent, eventually, including masks.”

If you have pre-existing conditions, should you get vaccinated?

An unequivocal Dr. Reves said: “Absolutely. There’s no medical condition with these mRNA technologies that would be a contraindication. They need to be at the front of the line.”

Does the vaccine change your DNA?

“The mRNA does not meddle at all with the DNA,” Dr. Albrecht said, “but the virus itself does meddle with everything in the cell in multiple, multiple ways. That’s why you may have significant effects from the virus.” With 463,000+ deaths from COVID and no deaths from the vaccine, he believes, “the risk-reward equation weighs heavily on the vaccine’s side.”

Is there a tracking chip in each vaccine shot?

No, but there is one on each bottle, according to Dr. Albrecht. That’s so each distributed vial can be tracked to assure it’s received where it’s supposed to be and delivered into arms – the vaccine, not the chip.