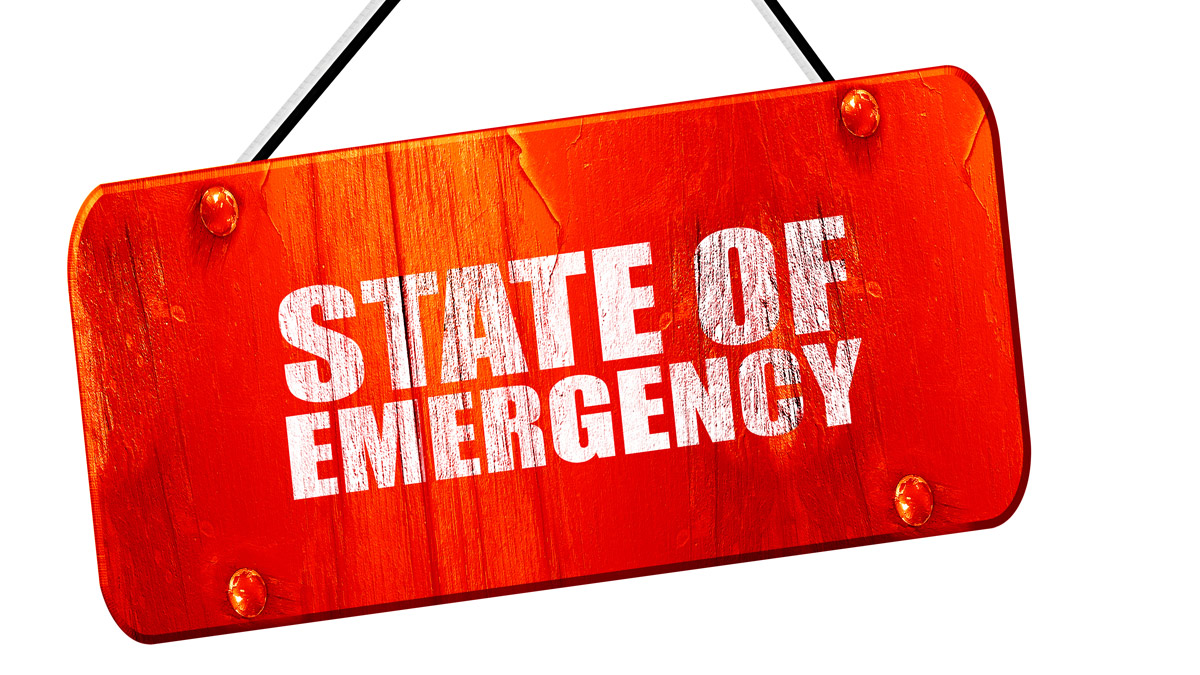 We all know what a hospital emergency room – an ER – is. It’s the first place you turn to for medical attention when a personal disaster strikes. But what if a catastrophe, natural or man-made – such as a hurricane or a mass shooting – forced all of our hospitals and all of their resources to turn into temporary ERs for the duration?

No system of care under extraordinary circumstances is perfect, but, if there’s a better one than can currently be found at our area hospital systems – MUSC, Roper St. Francis, East Cooper Medical Center, Trident Medical Center and the Ralph H. Johnson VA Medical Center – it’s not apparent.

It’s surprising in a way. After all, our hospitals aren’t simply providers of an almost infinite range of medical services. They’re also businesses and, as such, are competitors for funding, staffing, facilities and, of course, patients.

But when a local disaster strikes – predictable or not – our area hospital systems act as one to preserve and protect lives until the danger is past. Keys to all this are communication, coordination and preparedness and all the medical facilities serving the Lowcountry and beyond agree on them all.

Natural disasters such as hurricanes, tornadoes and, yes, earthquakes, are among the “incidents” that our hospital systems not only prepare for in advance but study, meet about and share readiness information about year-round.

MUSC Emergency Management Coordinator Bryan Wood said, “Within the greater Charleston community, we have great communication and coordination, especially among emergency managers for the different hospitals and also with the city of Charleston, the county of Charleston and the state of South Carolina as a whole. For example, we have meetings year-round in regard to hurricane preparedness.”

Overseeing this communication and coordination are two essential umbrella agencies: the Department of Health and Environmental Control and the South Carolina Hospital Association.

“Absolutely they are on all our calls,” noted Jodi Barteet, Trident Medical Center’s vice president of operations.

She also said that in the event of an extremely unpredictable occurrence such as a major earthquake, the hospitals coalition would reach out immediately for National Guard and other military-related resources “that are generally available to our communities as well.”

Going beyond the boundaries of the Lowcountry, none of our hospitals stand alone. They are all members of hospital systems with “sister” facilities located away from our localized disaster area. In the case of the VA, this includes other Veterans Health Administration facilities as well as other resources of the federal government.

All of this meeting, discussing and planning is well and good, but what happens on the ground? Here, our area hospital systems are in agreement. They may use slightly different terminology to describe their efforts, but the end results are the same.

The most predictable natural occurrence in our region is a major hurricane. Once it has been determined through National Hurricane Center assessments and studying “spaghetti” models of a storm’s trajectory – as well as strength models and other relevant data – the hospitals go into action no less than 72 hours out.

Food, water, medical supplies, fuel for emergency generators for electricity and other essentials are stockpiled, in most instances enough to be able to sustain and operate each hospital for at least 96 hours, according to the Director of Emergency Services for East Cooper Medical Center Theresa Lynn.

Hospital staff – physicians, nurses and other critical personnel – are put on standby. These in-house first responders are organized into teams. Some hospitals call them “response and rescue” teams, others simply “A” and “B” teams. In all instances, the first team must be ready to roll before the storm arrives and remain on duty around the clock for up to 72 hours. A second team relieves them at the 72-hour mark and takes over until the crisis is past. This requires that they, too, like the patients, must be housed and fed for the duration.

Some patients, especially those too weak or too sick to be moved, will “defend” or “shelter” in place. This requires special dispensation from the governor’s office and DHEC. Because in the past some hospitals have considered the state’s responses too slow, much of the paperwork for this option is done and filed well in advance of any event.

Many patients may need to be evacuated. This, too, creates its own unique problems.

“We have to look four to five days out from when a typical evacuation would be called,” MUSC’s Wood said. “Patients have to be moved to other hospitals throughout the state, and, in some cases, to other states, by ambulance.”

“Hospital evacuations must be done prior to any evacuation by the general population because the major evacuation routes will have lane reversals and none of those ambulances taking patients to empty hospital rooms elsewhere would be able to get back,” he said.

The evacuation situation is somewhat different at the Charleston VA Medical Center, according to Emergency Manager Alicia Fletcher. Unlike other facilities that contract with outside services for ambulance transport, the VA has what it calls DUVs or “dual use vehicles.” Often also deployed to the sites of major events such as the annual Cooper River Bridge Run, where large numbers of participants and spectators create the potential for a mass incident, one DUV can transport up to nine stretchers, while the other carries 15.

Because helicopter transport of some patients is an option, several local hospitals have helipads. But because of high cost of air ambulance service and the limited capacity of the helicopters, this mode would only be employed in unusually critical situations.

In some instances, patients might need to be moved out of the physical hospital building – but not to distance facilities – if its functionality has been compromised. Some might be housed in temporary shelters such as tents elsewhere on the hospital grounds. Through it all, our hospitals maintain constant contact with one another and with ancillary services, including police, fire and emergency medical services.

No one wishes a major disaster on the Lowcountry. Nonetheless, it’s heartening to understand when and if it happens, our hospitals will be well-prepared to meet that challenge – even if it means turning their facilities into giant emergency rooms until the threat has passed. Local hospital system emergency managers and all of the staff they work with can take a deep breath and relax for a moment – then start working the computers and telephones and setting up meetings to share what they have learned so they can prepare for the next emergency.

A useful new tool for the general public to stay informed of the progress of any anticipated incident and to obtain information on how to prepare for it, including their designated evacuation routes, is a mobile phone app available free of charge from the South Carolina Emergency Management Division at www.scemd.org. 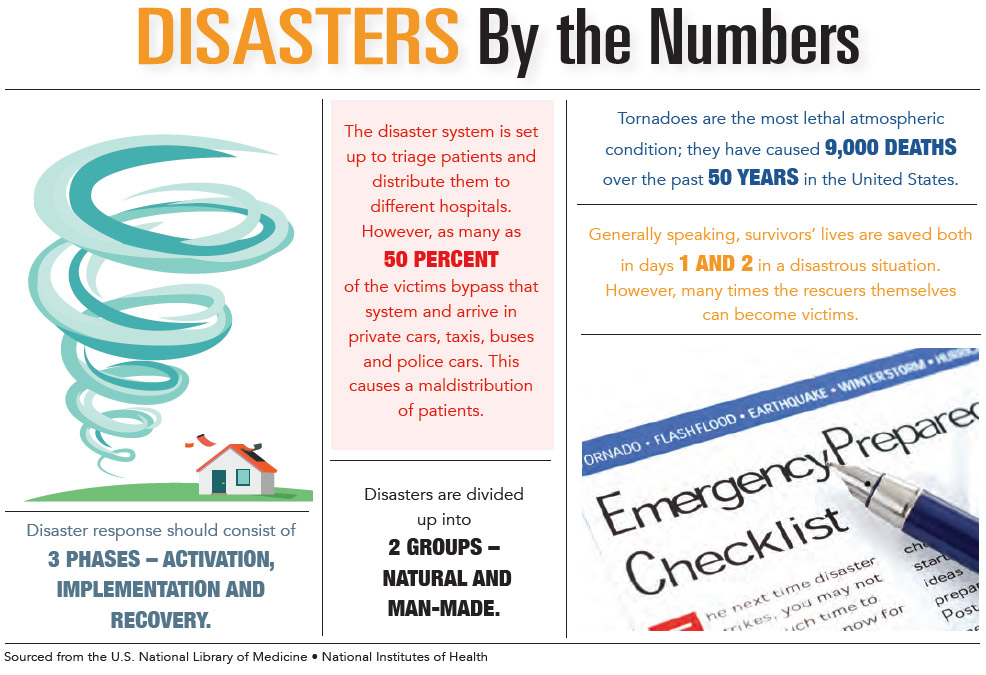