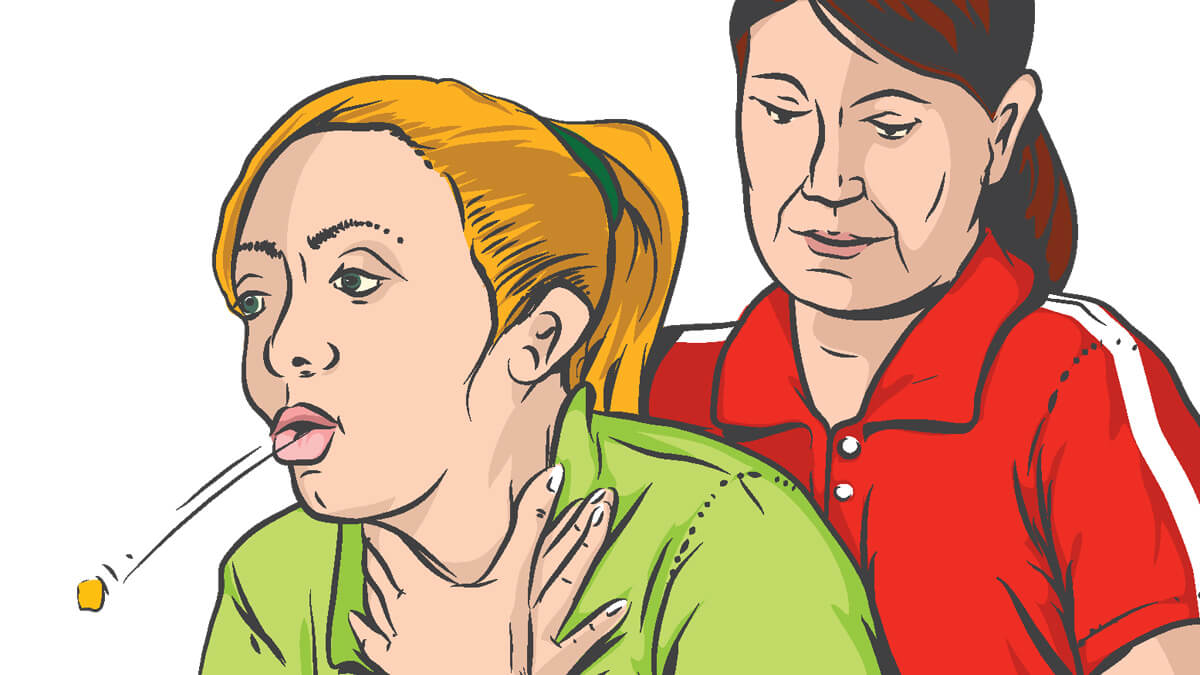 Choking is when food or another foreign object becomes stuck in the airway. Choking prevents oxygen from getting to the lungs and the brain.

Signs of someone choking:

Prevent choking in adults by following these precautionary measures:

Prevent choking in children by following these precautionary measures:

How to perform the Heimlich maneuver:

How to perform the Heimlich maneuver for infants younger than 1:

The most common mistake when a person is choking is to slap them on the back. If you do, gravity may cause the object to slip further down the trachea.

Give five back blows while standing to the side and just behind a choking adult. For a child, kneel down behind. Place one arm across the person’s chest for support. Bend the person over at the waist so that the upper body is parallel with the ground. Deliver five separate back blows with the heel of your hand between the person’s shoulder blades.

Alternate between five blows and five thrusts until the blockage is dislodged.

Choking also can be an issue for pets such as dogs and cats. Most dogs will chew nearly anything: bones, toys, shoes and socks, while cats tend toward small items such as a pen cap, a bell or a thimble. Rubber balls, chew toys, sticks or acorns can all become swollen due to moisture.

Signs of a choking pet can be: pawing at the mouth; drooling, coughing or gagging; anxiety or panic; labored breathing; fainting or unconsciousness; or bad breath or loss of appetite. While maneuvers are similar for larger dogs as with humans, smaller dogs and cats it are slightly different. Be sure to familiarize yourself with the techniques suggested by your veterinarian.