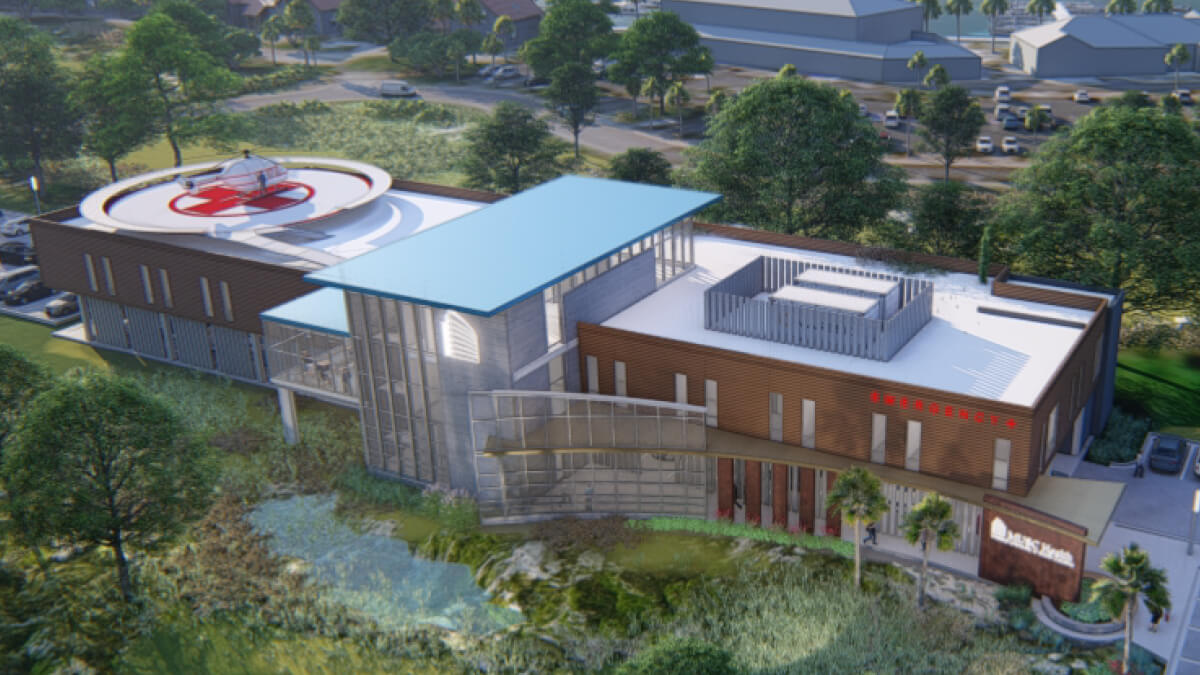 Residents of Johns Island, Kiawah Island and Seabrook Island will soon have a lifesaving emergency medical facility right in their own community, thanks to the Medical University of South Carolina.

Construction is expected to start in August on a new free-standing emergency department and medical office building on Seabrook Island Road near the Bohicket Marina. The 22,740 square-foot facility will be built on six acres of land donated to MUSC by Kiawah Partners.

An emergency medical facility is something that the Kiawah, Seabrook and Johns Island communities have been requesting for years, said Dr. Patrick Cawley, MUSC Health CEO and vice president for health affairs.

“At the top of their list for more medical services was an emergency department,” he said. “On a good day, it could be 45 minutes to an hour to get to a hospital, depending on where they were coming from. As we started to look at it, it didn’t fit the normal paradigm to put a free-standing ER there. There were just not enough people in that area in order to make it successful all by itself. That’s when we began to look at a different way to approach it.”

With the population of Kiawah, Seabrook and Johns Island expected to grow at least 10% in the next five years and the senior population expected to increase by 23%, the demand for emergency services is also expected to continue to climb.

According to MUSC, over the past five years, trauma transports from the Johns Island communities to MUSC have increased 52% for residents over 65, and injuries from falls have doubled. There’s no doubt that a local emergency facility is needed.

“In discussions with Kiawah Partners, we learned they planned to bring senior living to the area,” said Dr. Cawley.

“When we found out they were going to do that, we started bringing additional outpatient services like dermatology to the area. What we discovered is that people liked going there for typical physician visits – a dermatology visit or primary care or normal follow up with their cardiologist,” Dr. Cawley said. “I personally got to know many of the people, and I became convinced that the community wants this facility, so we decided to take a chance.”

The project is expected to cost $24 million, not including the parcel of land Kiawah Partners donated, which is valued at $4.85 million. MUSC is working to raise $15 million in private support.

The new MUSC Sea Islands Emergency Center will be built right across the street from the planned senior living complex. There will be four exam rooms, two trauma rooms, fast-track triage, full CT scan and radiology services, a full lab with quick results, a helipad and direct admission to area hospitals.

The medical office building will offer primary care services, along with some specialty care services such as dermatology and cardiology, along with a telemedicine network that will connect to MUSC health care providers in Charleston for additional care and consultation. It will be staffed with MUSC doctors who will rotate through on a regular basis, Dr. Cawley said.

Having an emergency room in their community can make a potentially lifesaving difference for Johns Island, Kiawah Island and Seabrook Island residents; they will receive treatment in a matter of minutes rather than hours.

Dr. Cawley explained: “For certain conditions, the faster you get assessed and treated, the better off you’re going to be. Strokes are an example of that, and heart attacks, motor vehicle accidents or any other kind of accident where you are bleeding. The faster we can stop that bleeding, the better off you are.”

He continued: “You can get your brain imaged at that emergency room, potentially even be started on certain kinds of medications to reverse that stroke and then be transported to one of the hospitals. The same thing for a heart attack. The whole purpose here is to begin treatment immediately, stabilize and then transfer to the appropriate level of care. A lot of these conditions are all about how fast you can get to an emergency room.”

The Town of Kiawah Island is donating $1 million to create a healing garden and green space adjacent to the new facility.

“The town is proud to invest in the MUSC Sea Islands Medical Pavilion and excited about the emergency care services it will provide to Kiawah, Seabrook, Johns and Wadmalaw islands and the broader community,” said Kiawah Island Mayor John D. Labriola. “Our geography has always been a challenge and concern. This new facility will make a crucial difference in life-threatening emergencies and provide the Sea Island communities with greater ease of mind. We are grateful to MUSC for their pursuit of this project, to Kiawah Partners for donating the land and to the other community partners who have made this possible.”