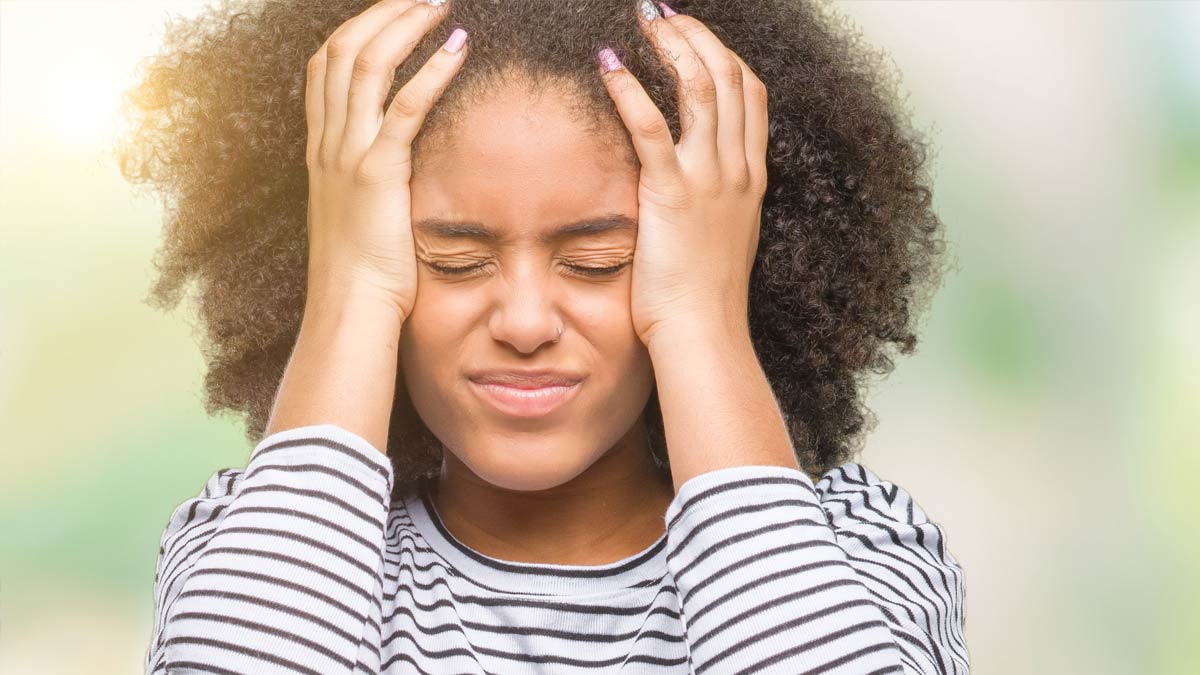 If you’ve never experienced the debilitating pain of a migraine headache, consider yourself blessed.”In high school, I would literally bang my head on the floor to try and stop the pain. I know that sounds nuts,” admitted Lisa Berezny, who has suffered with migraines for more than 30 years. Now in her 50s, her classic migraines feel more like “a poker pressing behind my eye. It feels like relief would come, if only I could rip my eyeball out.”

To add insult to injury, there’s still a bit of a stigma surrounding the migraine, largely due to the invisibility of the disease. Marine Staff Sgt. Davis Charles, suffering incapacitating migraines as a result of severe brain trauma from the shrapnel of an exploded IED, at one point told his wife, “I wish I was an amputee. At least then people could see my injury.”

Generally speaking, a migraine is described as a severe throbbing headache, usually on one side of the head. Symptoms often include nausea and vomiting, and extreme sensitivity to sound and light.

Migraines fall into several generalized categories, diagnosed and classified by their predominant symptoms. Berezny suffers from “classic” migraines, usually preceded by a prodrome, or aura.

“I get flashes, or bursts of light, immediately prior to the onset,” she explained. “All of a sudden, I won’t be able to read; several letters in a word will be blocked out.”

Never without her medicine, “If I can catch it immediately, take my meds and lie down for 20 minutes or so, I can usually arrest it. If not, I’m out for three days.”

Other classifications include a “chronic” migraine, where patients suffer 15 or more headaches a month, and a “cluster” migraine, also known as a “suicide headache.”

The myriad of triggers which instigate a migraine run the gamut from food to second-hand smoke to sexual activity. Doctors recommend keeping a written journal of incidents to help identify patterns and pinpoint individual triggers.

The typical approach to treating a migraine is three-pronged. Acute treatment stops the attack once it’s started. Berezny takes a drug “cocktail” of Imitrex™, specifically for migraines, and propranolol, commonly prescribed as blood pressure medication.

“I don’t have high blood pressure, but the Imitrex™ didn’t work by itself. Adding the propranolol really seems to help,” she stated. Several new medicines specifically for migraines have recently been approved by the Food and Drug Administration. Additionally, Celafy™, a prescribed non-drug treatment involving a headband with electrodes, has just received FDA approval.

“It’s not uncommon to seek out ancillary treatment,” noted Dr. Marcelo Hochman of the Facial Surgery Center in Mount Pleasant.

With his own family members suffering from migraines, he began to look at alternatives to treating this debilitating condition.

“There is clear evidence that, in addition to the brain, where medications work, there are sites outside the brain which can trigger, perpetuate or potentiate these headaches,” explained Dr. Hochman. “It is said that 90 percent of patients can point to an anatomical trigger site with their finger as the place where the pain starts.”

“These extracranial treatments are premised on the idea that by blocking the transmission of information, the affected area of the brain ‘re-sets’ and allows the medication to work better,” he stated, adding that the success rate is greater than 75 percent for the patients he sees at The Migraine Treatment Center.

Dr. Laney concurred with the anatomical approach to alleviating the severity of, and oftentimes eliminating, migraines. He uses an external “percussion/vibrational instrument to move internal structures from the upper spine to the pelvis.”

“Medicine can help the symptoms, but, in my experience, it’s rare for a patient’s pain not to be relieved by this,” Dr. Laney stated, referring to the Atlas Orthogonal Instrument, a device developed by his mentor, Dr. Roy Sweat.

“It’s not a widespread treatment,” he continued, explaining that the practitioner needs to invest additional time, training and expense in learning the procedure. “However, I’ve seen miraculous things happen.” 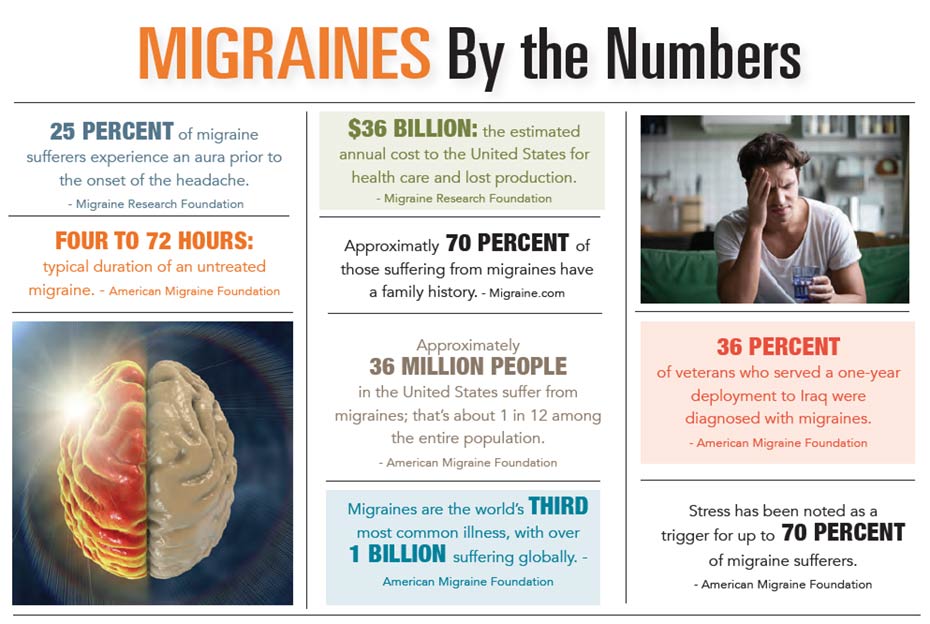