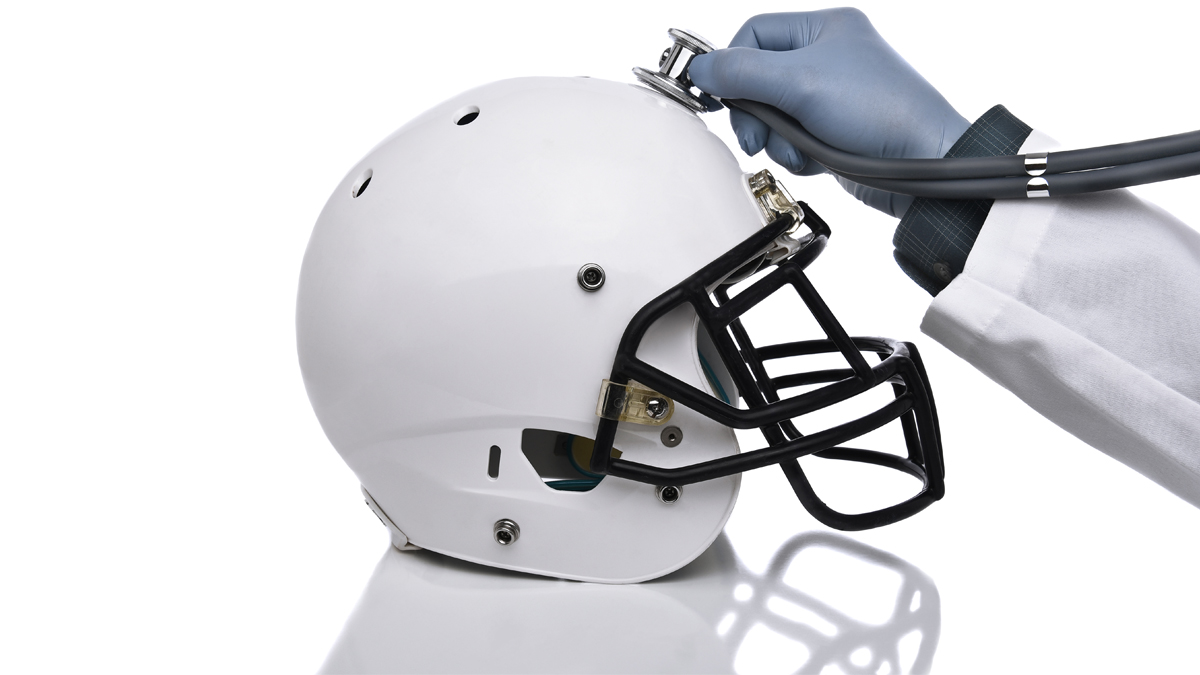 Medical professionals agree that a concussion is a type of mild brain injury. They can tell you that its cause is a traumatic blow to the head, possibly the result of a violent collision between a 240-pound running back and a 260-pound linebacker, a 98 mph fastball making solid contact with a batting helmet or even an automobile accident. They know what the symptoms are, and they know what steps an athlete should take before returning to action after a concussion.

But, at this point, they can’t use a single objective diagnostic test – such as an imaging or blood test – to tell you for sure if a person has suffered a concussion, cannot predict how long the symptoms will last and, so far, there’s no miracle treatment that will make a concussion go away. Even Dr. Eugene Hong, a sports medicine physician with more than 20 years of clinical experience, considers himself to be a student of concussions, rather than an expert on the subject.

“There are a lot more questions than answers,” he added. “We know that a concussion is a functional rather a gross structural injury to the brain. It’s a software problem, not a hardware problem. I would love to be able to give injured athletes a pill that helps their brain recover faster, but we do not have that specific type of treatment yet,” he added.

Dr. Hong pointed out that the majority of concussion symptoms fall into four categories: physical – “I have a headache; cognitive – “I feel fuzzy or out of it; mood – “I’m agitated, upset or feeling down”; and sleep-related – “I’m not sleeping properly” or “I’m up all night.”

He said the symptoms can disappear in a day or sooner, or they might linger longer.

“We think approximately 90% of all symptoms resolve in the first four weeks,” Dr. Hong said.

Dr. Thomas Privett, a hospital-based neurologist in the Trident Health System, pointed out that other symptoms of a concussion can include confusion, amnesia, loss of memory, dizziness, vomiting and nausea. He said a CT scan might be ordered, especially if the patient recently suffered trauma to his or her head.

Treatment of a concussion, Dr. Privett said, consists mostly of observation for the first 24 to 48 hours and possibly medication.

“Usually you’ll have a reliable person make sure the patient is OK,” he pointed out. “There can be several signs that an untrained person might not pick up on.”

Dr. Privett said it’s important to educate family members concerning what to watch for that would indicate that the patient’s condition is deteriorating. A decline in mental status, seizures, worsening headaches, double vision and not being able to move one side of the body are signs that medical attention is necessary.

Dr. Privett said the symptoms usually subside within seven to 10 days, though he added that 15% of people who suffer a concussion have symptoms for up to a year. He warned that patients should not return to vigorous activities such as work or exercise until the symptoms are resolved.

“Probably the vast majority try to do too much too quickly. They try to get back into normal life before they have recovered, and that will delay recovery,” Dr. Privett commented.

He explained the details of a six-step program aimed at determining when athletes should be able to safely return to the playing field. During the first 24 to 48 hours, the patient should participate in limited daily activities – doing nothing that might make the symptoms worse. The second stage can include light aerobic activities such as walking or riding a stationary bicycle. During the following level, the patient can get back to sports-specific activities, such as running, then move on to non-contact drills. The fifth and sixth stages include more vigorous exercise, then full-contact practices.

Dr. Privett pointed out that each level should last at least one day but that if the patient has any concussion-related symptoms, he or she must go back to the previous level. He said the absolute minimum to return to pre-concussion activities should be seven or eight days with no symptoms at all.

“If you get them back into full-speed game situations too early, there’s an increased risk of another concussion,” he said. “And it’s never safe to go back into a game immediately after suffering what might be a concussion. I cannot overemphasize that it’s really important for trainers and coaches to be trained to pick up on the symptoms of a concussion.”

Dr. Hong pointed out that the current state-of-the-art treatment for concussions includes physical rest and cognitive rest – giving both the body and the brain a break. The physical side is no sports, exercise or any other activity that exacerbates the symptoms, while the cognitive side is “gray and less well-defined.”

“That’s a challenge we’re having,” he said. “We think we know we want the brain to rest to have a chance to heal itself, but we don’t really know what cognitive rest is. Some school districts might not allow high school athletes to return to school for a few days, but there’s not a lot of science behind that. We still have to define better what we mean by cognitive rest. I generally won’t tell a kid or his family as a blanket statement to keep him out of school for a week, but rather we will individualize the cognitive rest management to the individual athlete.”

Dr. Hong said physical rest is an important piece of the concussion puzzle. He said once symptoms are 100% gone, athletes should wait at least a day to make sure they don’t re-emerge, then begin the supervised return-to-play protocol before returning to the football, baseball or soccer field, the ice hockey rink or the basketball court.

The long-term effects of a concussion, according to Dr. Privett, could include alterations in the brain. Dr. Hong added that a potentially serious complication of having a sports-related concussion could be second impact syndrome. SIS can occur when an athlete who has had a concussion returns to the field before the brain has had a chance to recover and suffers a second blow to the head.

After suffering a concussion, the brain can be in a physiologic and metabolic state that is more vulnerable to further injury until it recovers, he pointed out.

“If there is a second blow to the head while the brain is still recovering from the first concussion, the ability to control blood flow to the brain can be affected, and your brain can start to swell,” Dr. Hong said. “Second impact syndrome can be fatal in 50% of cases, and it also can result in permanent brain damage.” 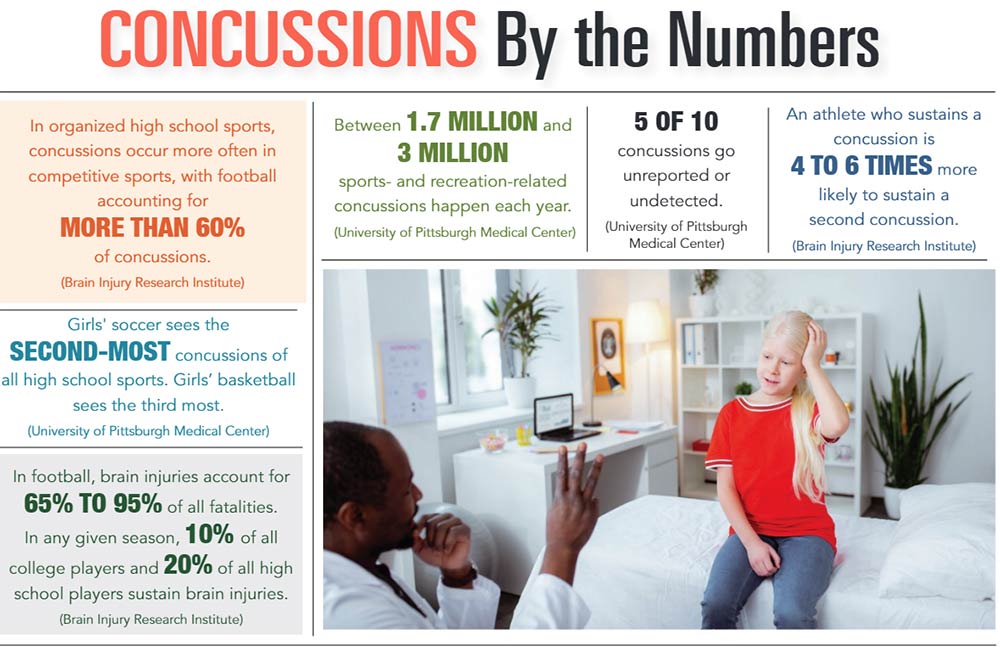