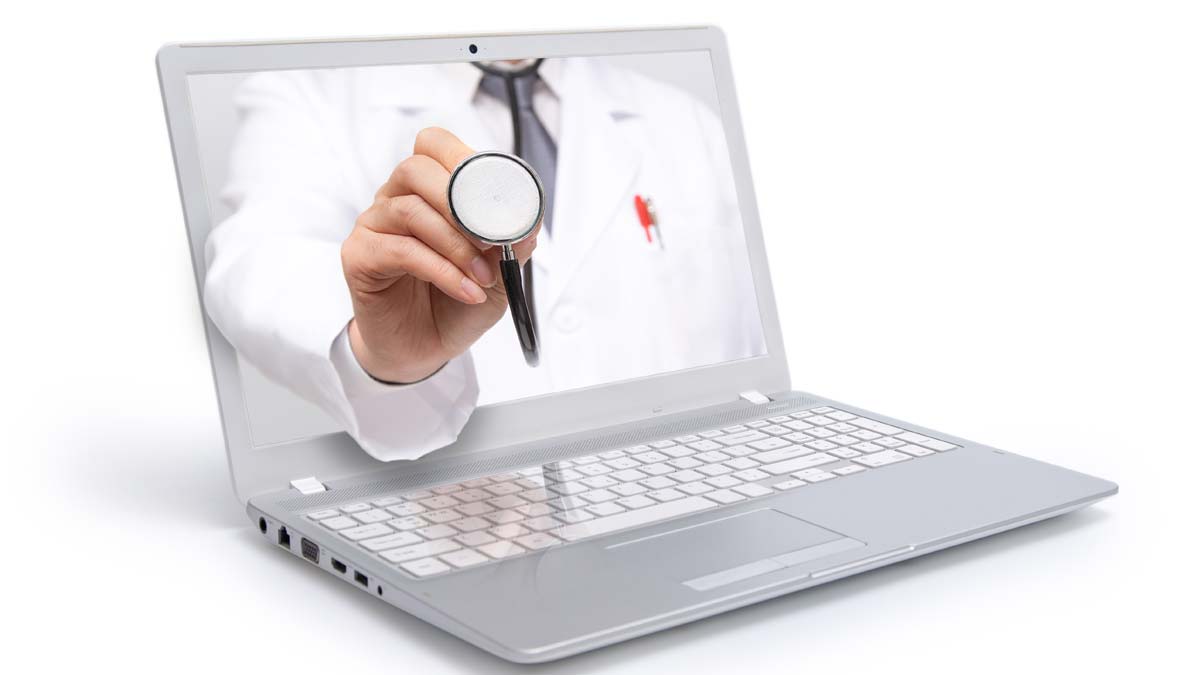 If you’ve never heard of Hugo Gernsback, don’t feel alone. Unless you’re a huge science fiction fan, you’re likely not familiar with the Hugo Awards – the “Pulitzer Prize” for sci-fi writers – named in honor of this radio and publishing pioneer.

But if you’ve ever had the opportunity to take advantage of doctor-to-patient telemedicine, you might want to tip your hat to Gernsback, who hatched the idea of physicians diagnosing and treating patients remotely back in the 1920s.

Of course, the technology Gernsback envisioned was just fanciful. None of it existed at the time. However, innovation eventually outstripped even imagination, and we all now live in an era in which you can bank online, shop online and even obtain medical treatment in the comfort of your own home from a provider who may physically be hundreds or even thousands of miles away.

Perhaps surprisingly, especially to those unenlightened souls who believe their state sometimes has to be dragged kicking and screaming into the 20th, much less the 21st, century, South Carolina by most metrics is one of the most successful and forward-looking utilizers of doctor-to-patient telemedicine.

All of the major hospital groups serving the Lowcountry – the Medical University of South Carolina, Trident Health, Roper St. Francis, East Cooper Medical Center and the Ralph H. Johnson Veterans Administration Medical Center – offer a variety of doctor-to-patient telemedicine options, and all are seeking ways to increase and expand their offerings of this cutting-edge medical service. And all are members of or affiliated with the umbrella organization that coordinates and takes a leadership role in their telemedicine efforts, the South Carolina Telehealth Alliance – MUSC is its home base.

Impressive and “futuristic” – these days, the “future” often seems to arrive the day after tomorrow – as telemedicine may seem, there’s no danger of traditional doctors’ offices or multidisciplinary hospitals disappearing any time soon. The face-to-face, in-person doctor-patient relationship remains sacred.

For example, although Trident already practices telemedicine and plans to expand its scope within their system, its medical director of emergency services, Dr. Scott Hayes, said, “In most instances, our brick-and-mortar facilities are the primary way for patients to receive care.”

While representatives of the other hospitals in the Lowcountry agree that direct physical interaction between doctor and patient remains the gold standard for medical care, there is also agreement that telemedicine is already a game-changing adjunct and even a superior care delivery system in some clearly defined circumstances. Among these are: stroke, provider consults, critical care, urgent care and behavioral (mental) health.

Telestroke medicine is perhaps the most dramatic example of how remote medicine saves lives. Between the onset of a stroke and treatment there exists a very narrow window of opportunity to properly diagnose the condition and administer the medication and treatment necessary to stave off severe paralysis or death.

According to MUSC’s Dr. James McElligott, medical director for MUSC’s Center for Telehealth, “When a patient appears at the ER – or, in some cases, while he or she is still en route in an ambulance – our staff beams in and helps local staff at some 30 hospitals statewide to manage that stroke. We have one of the best door-to-needle (onset to treatment) programs in the country.”

Telemedicine consults may not be as heart-poundingly immediate as stroke therapy, but common medical issues are what drive most medical inquiries.

“Patients are very accepting of telemedicine as an option,” she said. “In general, it is less expensive both for the patient and the provider and the outcomes are good.”

Dr. Durst noted that “Everything has to be done on a secure network. At East Cooper, we have our own platform, which is a secure way for the patient to see and be seen through their tablet, computer or smartphone – from wherever it is convenient for them to be.”

At Roper St. Francis Healthcare, Virtual Care Solutions Manager Carter Crawford noted that patients already have access to a wide range of telemedicine services, including remote patient monitoring, which is particularly valuable in managing chronic diseases. He said Roper’s planned new Berkeley County facility, “one of the most technologically advanced hospitals of its time,” will offer patients a myriad of opportunities “to connect with their providers virtually and instantly.”

Because it serves veterans of the U.S. military and Merchant Marine exclusively – and, in some instances, their family members – the Ralph H. Johnson Veterans Administration Hospital places special emphasis on its telemental health program to increase access to care.

Dr. Hugh Myrick, director of mental health services, said the VA hospital utilized telemedicine “to do psychotherapy, medication management and evaluations in neuropsychology,” with “more than 60 percent of our evidence-based psychotherapy related to PTSD.”

He noted with pride that “for several years, Charleston has been No. 1 among VA hospitals for telemental health, last year alone racking up some 32,000 patient telemental health encounters.”

Some differences do exist among telemedicine programs offered at Lowcountry hospitals, but all are in agreement that telemedicine is an effective tool and a “wave of the future” that will increase in usage and value as new and even more efficient tools for it are developed. They note that in addition to offering patients timely, convenient access to needed care, telemedicine can lower costs significantly for both providers and patients and encourage patients to take a more active role in managing their own health.

Additionally, telemedicine’s impact is already being felt in school health care, services to rural and other underserved areas and in the fight against the burgeoning opioid crisis.

Given the advanced and constantly improving state of doctor-to-patient telemedicine in the Lowcountry, we have already met or surpassed Hugo Gernsback’s prescient predictions.

Do our medical professionals believe that they might one day have access to some “all-purpose” diagnostic tool akin to the fabled medical tricorder utilized by “Star Trek’s” Dr. Leonard “Bones” McCoy?

As one local physician and telemedicine authority put it, “I certainly do!” 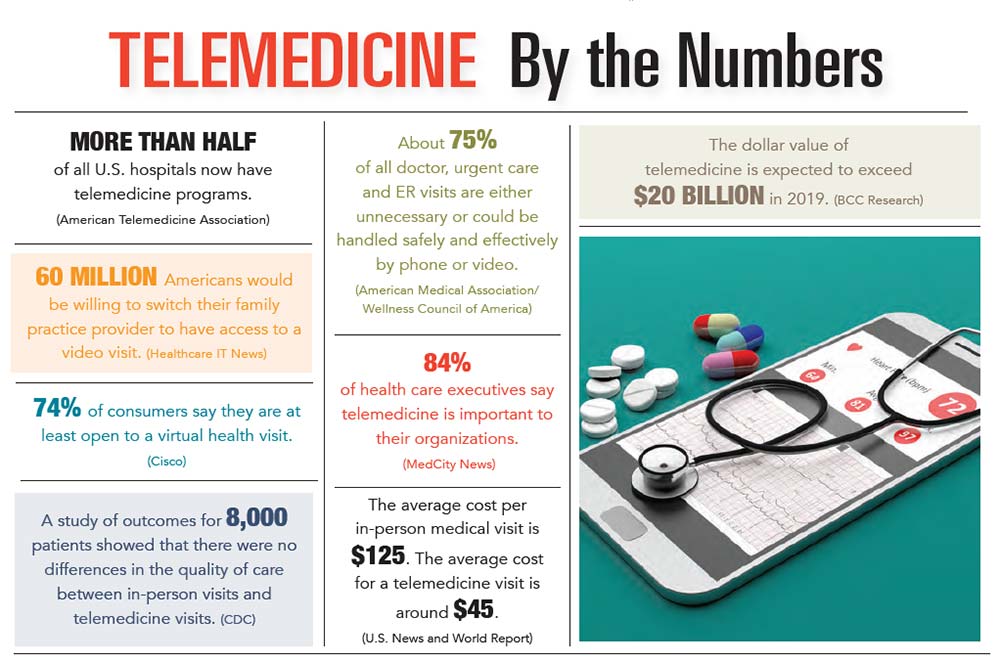