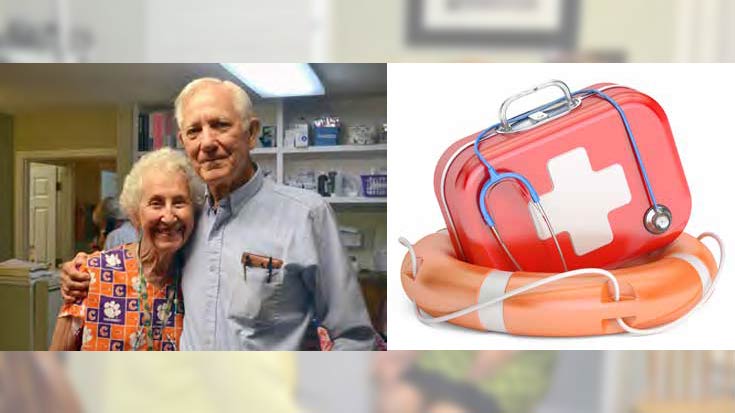 The waiting room at the Barrier Islands Free Medical Clinic is one of the friendliest I’ve ever encountered. Around 12:30 p.m. on a Tuesday afternoon, a jovial assortment of physicians and nurses walk in the front door and happily greet each other, while patients, both first-timers and veterans, are addressed with warm smiles and “How are yous.”For almost a decade, the Barrier Islands Free Clinic has thrived in the Lowcountry as a no-charge medical practice for those who either live or work on Johns Island, James Island or Wadmalaw Island. The clinic is the brainchild of two physicians, Dr. Charles Davis and the late Dr. Arthur Booth, who worked at the same hospital in Atlanta yet failed to cross paths until they retired to the Lowcountry and ended up at the same church. One day, their church welcomed visitors from a free clinic in Hilton Head known as Volunteers In Medicine, or VIM. The two doctors were inspired by that clinic’s success and decided that Charleston would benefit from a similar endeavor. The doors to Barrier Islands Free Medical Clinic officially opened in April 2008, thanks to the many volunteers who give their time and talent to the worthy cause. 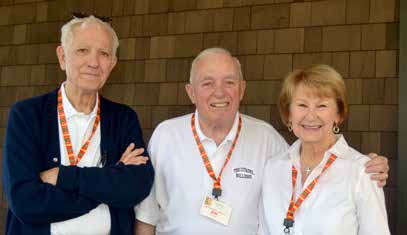 Director Brenda Falls manages general operations at the clinic – everything from running the business to putting together necessary fundraisers.

“If it’s not actually laying hands on patients. It’s all me,” she joked.

Her job is sizable, considering Barrier Islands does not receive funding from the state of South Carolina or the federal government. Instead, the clinic is kept afloat by the generous patronage of Charleston locals, various grants and donations from area hospitals. One popular event is a golf tournament annual fundraiser, planned for the Charleston Country Club this coming spring after years at the Kiawah Island golf courses.

“The residents of Seabrook and Kiawah have been great patrons of the clinic,” Falls pointed out. “But changing the golf tournament to the Charleston Country Club will help us gain more exposure on James Island.”

She added that the clinic has “seen a need” on James Island and is working on recruiting more patients from that area in addition to Johns Island and Wadmalaw — a goal that will undoubtedly be made easier with the expansion of Barrier Islands Free Medical Clinic. As we spoke, contractors worked on a brand-new building behind the current location, large enough to serve the burgeoning patient base. For patients to be eligible, they must either work or live on Wadmalaw, James or Johns Island, lack health insurance and be below 200 percent of federal poverty guidelines.

“We see more than 350 patients per month,” commented Dr. Jim Hayes, current chairman of the clinic board. “But a lot of people still don’t know we’re here. We’re expanding and hoping for more patients.”

Dr. Hayes retired from independent medicine in 2005 and initially did some volunteer work through the Roper St. Francis Foundation. In 2009, he was recruited by the clinic’s medical director at the time to come aboard.

“We’re having fun here,” he declared happily. “And I don’t have to deal with insurance or Medicare.” 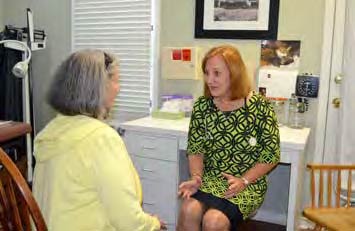 For patients who have used Barrier Islands Free Medical Clinic, or might in the future, it’s been quite a lifesaver. Services at the clinic range from primary care to specialties including neurology, cardiology, dermatology and even endocrinology. Falls noted that their 19 subspecialists in the area ensure patients get the care they need for services not provided in a primary care setting.

“If we can’t take care of something here in the clinic, we can send a patient to them,” she said, citing Roper Hospital and numerous volunteer nurses and doctors. “We have an awesome network.”

“We have something called a high-risk disease management program,” Falls explained. “Patients with high-risk conditions are monitored more closely. Wanda Lefler, our nurse manager, is in charge of that program. A grant pays for diabetic equipment, and there’s even opportunities for patient education.”

She added that the various requirements patients might have, from insulin to inhalers to medication for depression, are obtained thanks to the team attending charity programs hosted by pharmaceutical companies and applying for items on behalf of the patients.

Dr. Hayes, for one, spoke highly of Falls’ talent for seeing that Barrier Islands has what is necessary at all times. He pointed out that the clinic has achieved “97 percent of its grants” thanks to her efforts. He gave ample credit to area hospitals as well.

“I practiced independently in West Ashley for 35 years,” he commented. “Roper St. Francis Healthcare does so much for us, and, with that benefit, I can do much of what I did in private practice.”

“For the free clinics in this area, success comes from the proximity to local hospitals as well as the private medical community,” he said. “A lot of our physicians come from these sources. They are ready to retire but want to practice in a more relaxed and fulfilling environment. Charleston is fortunate.”