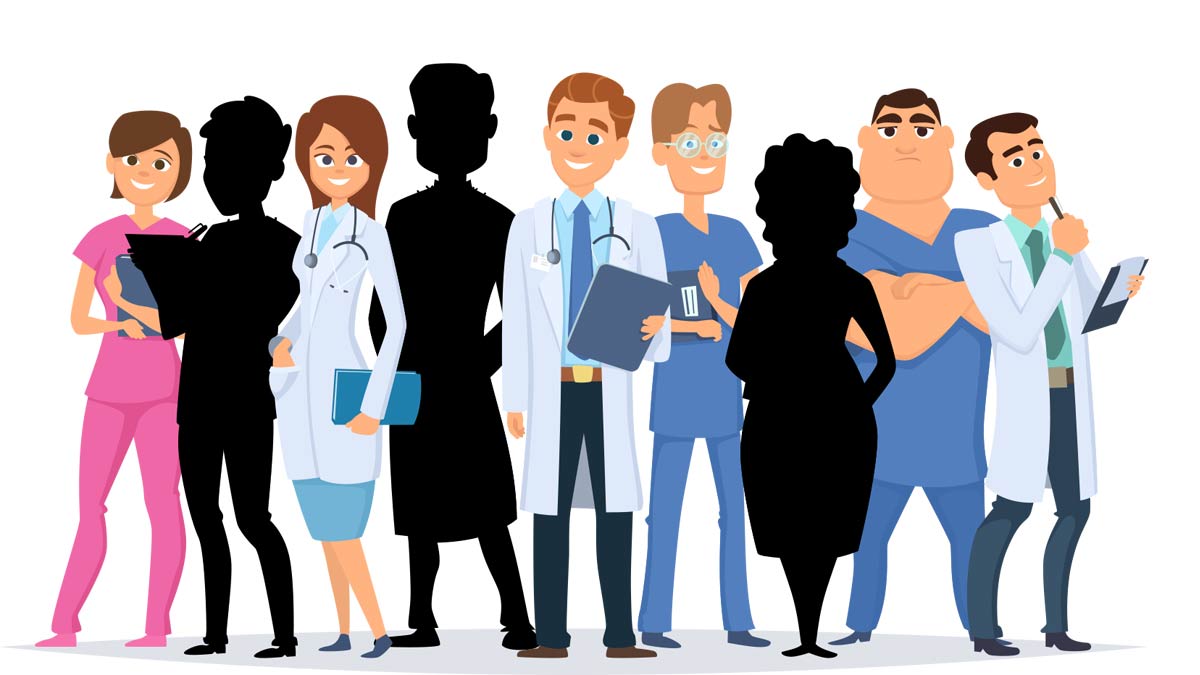 Don’t Panic or You’ll Make the Wait Even Longer

The now-imminent physician shortage in this country — a dearth of up to 120,000 in the next 12 years, according to the Association of American Medical Colleges – seemed to creep up on us like a serial killer spooking for the unsuspecting young college girl in a bad horror movie. And as we all do while we helplessly watch the latest scream queen, news of this medical crisis has most of us shaking our heads thinking, “How did we not see this coming?”

After all, demographers have known about the steady population growth coupled with extended life expectancy at least since the Census Bureau started documenting it in 1902.

We’ve known that the baby boomers were going to get old since – well since they were born in the 1950s and 60s. And, even more recently, most of us who have gotten sick in the last 20 years or so have learned the hard way how wait times even for our own general practitioners have grown steadily by days or even weeks. So it feels counterintuitive that this issue is just now entering the mainstream and just now being discussed in our major medical institutions and in Congress.

Although, to be fair, there is one factor we all couldn’t have known for sure until it happened, which quickly added about another 20 million newly-insured patients to the problem: the Affordable Care Act, no small factor in an already strapped health care market.

Unfortunately, the infrastructure of medical schools on a national scale has simply not been able to accommodate this unprecedented spike in demand, or, as Dr. David Albenberg, Charleston’s first concierge clinician, put it: “Now that we’ve mandated health insurance for all, we’ve never really thought through how we were going to provide health care for all. Americans are getting to understand that health insurance doesn’t really equal health care.”

It’s not as if medical universities can just start pumping out thousands of additional doctors overnight. The process and cost of educating the good people whom we entrust with our most intimate health problems and with our very lives are rightfully not cheap or quick and are built upon rigorous standards which should not be rushed or overhauled overnight, over months or even over years. The average general practitioner has spent four years in pre-med, four years in medical school and three years in residency – and, depending on the branch, specialists can spend up to seven years in residency. That’s 11 to 15 hard-earned years per doctor. That process cannot be sped up any more than medical teachers can be conjured up out of thin air or class sizes can simply be doubled.

And it’s certainly not the case that the doctors we already have aren’t doing everything they can. Most are strained to their absolute max with patient panels of well over 30 per day and more than 2,000 per year. The stress can be so incessant and so intense that all too many are reaching their breaking point, leaving medicine and joining increasingly popular online physician burnout support groups. That’s the catch-22 here: as doctors are stretched ever thinner in their attempt to process the ever-rising tidal wave of demand, patient panel sizes increase, patient face time decreases, fatigue levels increase to unfair levels and the burnout rate continues to rise, making the problem that much worse. But the education requirements for licensing simply cannot be rushed or compromised.

“So you can see where this is all going,” Dr. Albenberg lamented matter-of-factly.

And, according to The Greenville News, “The deficit will be most keenly felt in the South, which already has fewer doctors than other parts of the country.”

The good news (although I hate to admit this section is going to be considerably shorter) is: They’re working on it.

Dr. Terrence Steyer, chief of the Primary Care Integrated Center for Clinical Excellence at the Medical University of South Carolina, assured us that this crisis is being faced head-on in the Lowcountry and statewide from the top down. He cited that the maximum medical school class size at MUSC has increased from 162 students to 180. Some primary care clinics at MUSC are also exploring expanding their operating hours beyond the typical 8 a.m. to 5 p.m. model.

South Carolina proudly opened the University of South Carolina’s School of Medicine Greenville just over two years ago. Medical school enrollment will reach over 20,000 by 2020, a 30-percent increase over baseline enrollment in 2003.

He also boasted that the average current wait time at MUSC’s primary care offices is typically less than two business days – although it’s up to three weeks for new patients.

The most critical battle he said we are facing on a national level is the cap on residency slots imposed by the Balanced Budget Act of 1997. Medicare has always paid for the majority of the costs incurred by teaching hospitals for residents, but that bill caps the number of residency slots per hospital that the federal government will fund – and that cap has not budged one iota since its inception over 20 years ago.

After the national horror of the last decade, distinguished by an overworked and burned-out community of doctors, we’ve now been smashed over the head with the reality of aging retirees riddled with chronic disease, and we are experiencing the inevitable sequel brought on by the Affordable Care Act.

Enter our struggling hero: The Resident Physician Shortage Reduction Act of 2017, a bipartisan bill which would increase the number of residency positions eligible for Medicare support by 15,000 slots above the current cap. Despite the support and lobbying by almost all medical education groups, most prominently by the AAMC itself, this bill – as most bills do these days – is languishing in the morass of congressional deliberation, with little hopeful traction in sight – but it’s there nonetheless. Unless and until it passes, medical colleges like MUSC are charged with bailing away this tsunami with their own buckets, funding their residency class size increase out of their own pocket (and, of course, the taxpayers’ pockets).

Dr. Steyer verified that they are doing just that. To the tune of many millions of dollars, they are putting their (and our) money where their mouth is. They are on it. So there’s some more good news.

It might not be pretty right now, but there’s always another sequel.