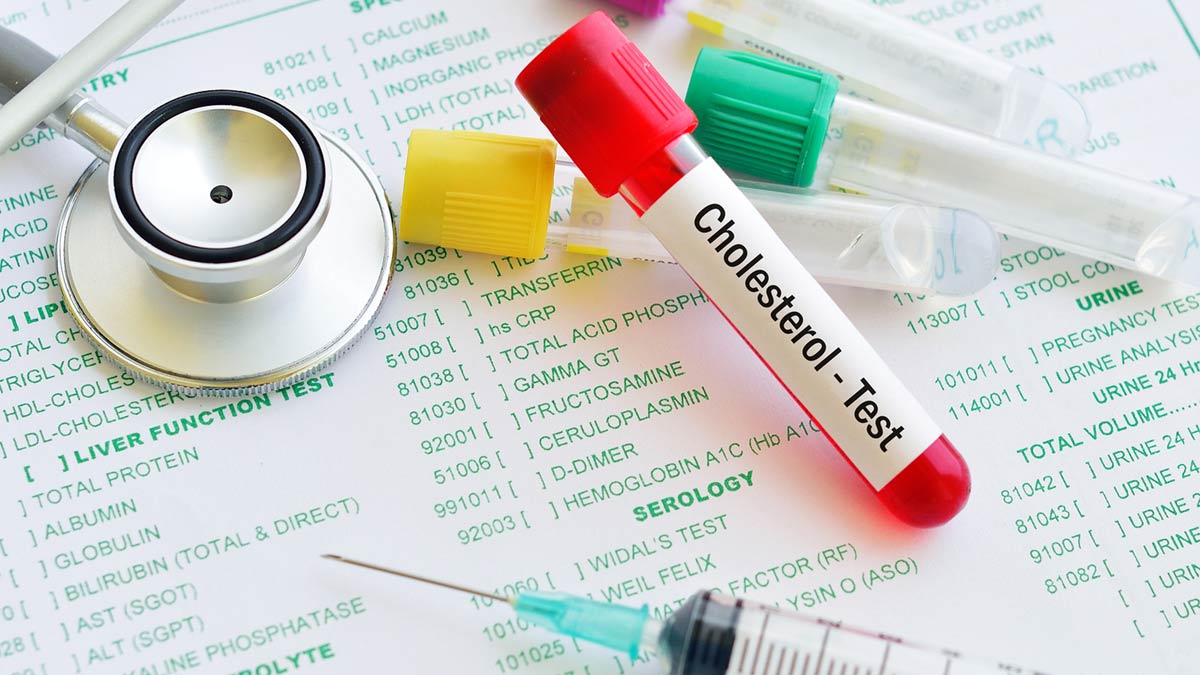 A Comprehensive Plan: There’s More Than One Way to Cut Cholesterol

Having high cholesterol is not a death sentence, but it is an issue that shouldn’t be ignored. Experts agree that a comprehensive plan including diet, exercise, prescription drugs and even natural medications is the optimal path to avoid coronary heart disease, stroke, peripheral arterial disease, Type 2 diabetes, high blood pressure and other problems.

“The best way to lower cholesterol is through a collaborative approach,” said Nurse Practitioner Kellie McLain, a board-certified lipid specialist. “If there is a history of heart disease, the best way to treat high-risk patients is with statin therapy, along with diet and exercise. For patients looking at prevention, diet and exercise are the cornerstone of lowering cholesterol.”

“You can’t change genetics, age and race,” she added. “But we can change blood pressure, smoking and a sedentary lifestyle.”

All it takes to leave your quiescent habits behind is to exercise for at least 30 minutes, a minimum of five times a week, according to Cardiologist Dr. William Edwards. He said your goal should be to get your heart rate into the 120 to 130-beats-per-minute range, depending on your age. McLain and Dr. Edwards agreed that diet is also an important weapon in the war to keep cholesterol at reasonable levels. They both recommend eating lots of fruit and green, leafy vegetables and avoiding meats that are high in fat, as well as fried foods.

“Making your plate as colorful as possible by adding spinach or other vegetables is always ideal,” McLain commented

The taboo against eggs, once considered to be a no-no for people concerned about cholesterol levels, has softened – but not by much. McLain pointed out that a single egg has about 85 percent of what should be your cholesterol intake for an entire day, but she added that the whites offer lots of protein and little fat. She said eggs “have gotten a bad rap.”

“You should include one egg and the whites of a couple of other eggs,” she suggested.

“I have plenty of patients who eat eggs, but they certainly can contribute to the dietary component of high cholesterol,” he said.

Diet and exercise can be helpful, but often they are not enough to lower cholesterol, according to Dr. Brian Whirrett, who specializes in family medicine and sports medicine. Some patients require drugs, in most cases a group of medications known as statins, which can cause side effects. McLain pointed out that 5 percent to 8 percent of people who take them develop myalgias. Dr. Whirrett agreed that muscle aches and pains are a possibility and pointed out that statins can be hard on the liver.

Pharmacist Chad Straughan noted that in addition to rhabdomyolysis, which results “from the death of muscle fibers and release of their contents into the bloodstream,” according to www.webmd.com, statins also can cause a patient to suffer from diarrhea and an upset stomach. He said natural alternatives include red yeast rice and Co-enzymeQ10, a herb that provides “significant cardio benefits.”

He added that the long-term effects of taking statins have yet to be determined.

Dr. Whirrett disagreed somewhat, noting that “if you stop or reduce the dose of statins, most of the time the side effects will go away.”

Other drugs that are sometimes prescribed to lower cholesterol include bile acid sequestrants and ezetimibe, which works in the stomach and intestines to decrease the amount of cholesterol produced by the liver and from the foods we eat. Patients also are taking PCSK9 inhibitors, self-injectible drugs that help break down bad cholesterol, according to McLain.

What is considered to be high cholesterol? Opinions voiced by Drs. Edwards and Whirrett and McLain varied slightly. Both doctors agreed that total cholesterol should be at 200 or below, while Dr. Edwards said HDL – good cholesterol – should be 60 or greater and LDL – bad cholesterol – 130 or lower. Dr. Whirrett put those numbers at 70 and 110, respectively. According to McLain, LDL should be under 125, HDL greater than 45 in men and greater than 55 in women, and triglycerides, an indication of how your body is storing fat, should register at 125 or below.

All three agreed that high cholesterol can be a genetic problem as well as the result of living an unhealthy lifestyle. Drs. Edwards and Whirrett suggested that testing for cholesterol begin at 25 or 30, but McLain said that, in some cases, preventive action should be taken at a much younger age.

“Blood pressure and cholesterol should be checked beginning at age 20, but, if there’s a family history of heart attack or stroke, children should be checked at 2 years old. The key to all of this is early prevention,” McLain said. 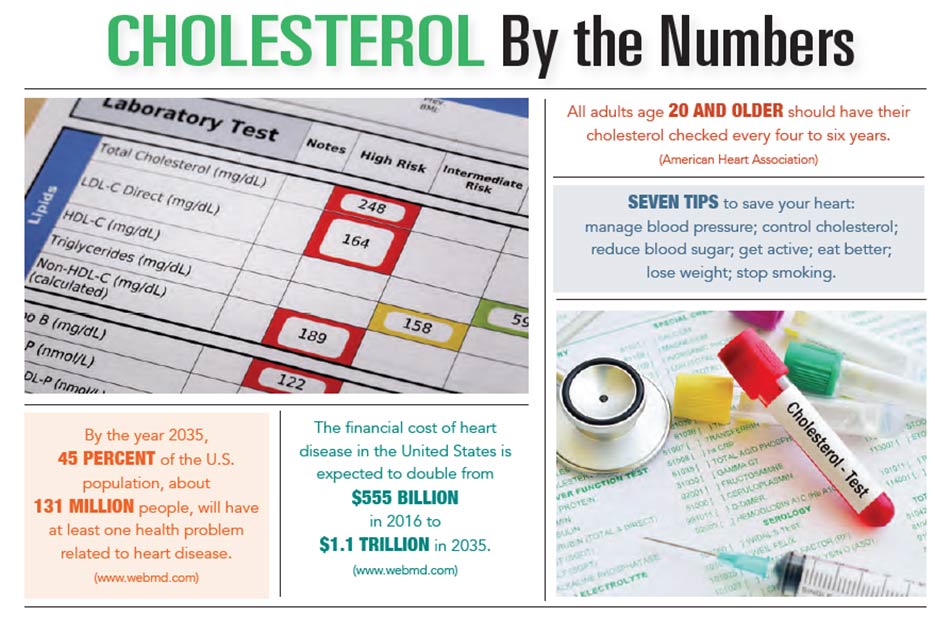