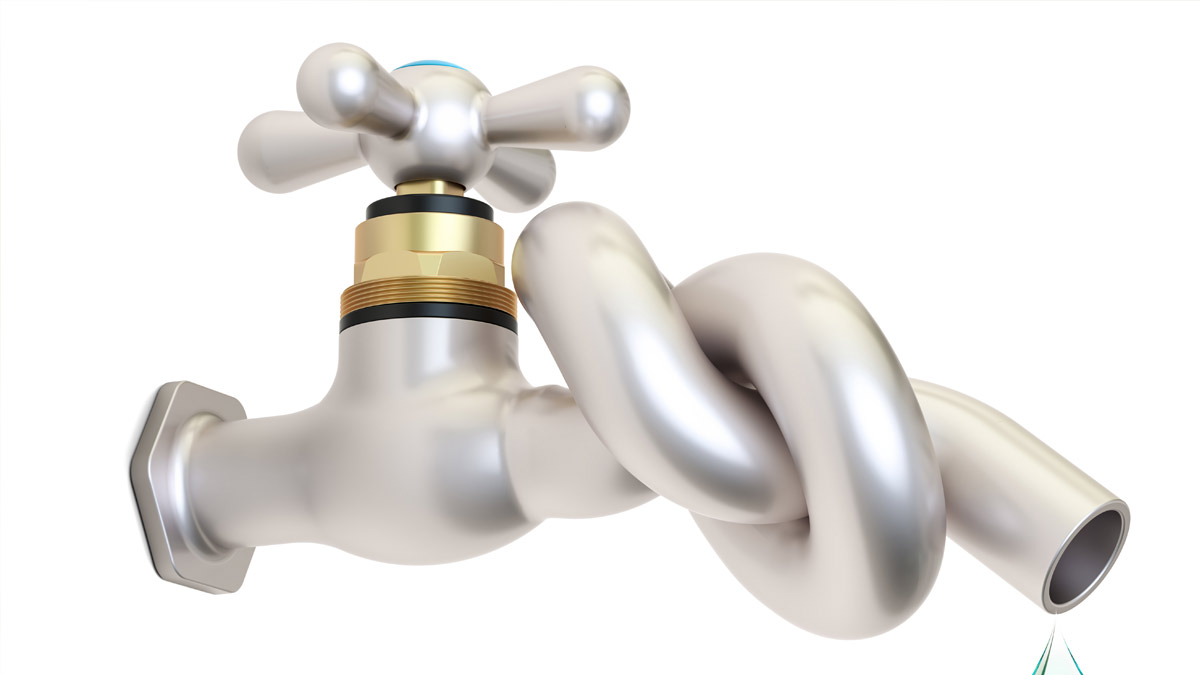 The poet could have been thinking of the Lowcountry when he penned those words. That’s just what the situation would be here in the wake of a disaster such as a major hurricane. Even surrounded by rivers and the Atlantic Ocean, without the proper preparedness, we’d be drier than the Sahara.

Why is this important? Because, according to every scientific source, we could survive without food for as long as a month without serious consequences, but without life-sustaining H2O, in three to five days, we’d be dead.

Water is more than a beverage. It’s the essence of life, and all of our bodies’ important functions depend upon it. That’s why even under the best and least-trying of circumstances, the experts say we should all be drinking a lot more than most of us do.

Dr. Don Hurley of Liberty Doctors is one of those experts. He spent more than a quarter century as a Navy physician, was a charter member of Homeland Security right after 9/11, and, among his other credentials, was one of two founding doctors on the South Carolina Disaster Management Team.

A staunch advocate of adequate water consumption by everyone – men, women and children – Dr. Hurley is rarely more than a few feet away from his personal hydration systems. His assessment: Proper water consumption for women should be a minimum of three quarts per day; for men, four quarts; for anyone outdoors and active enough to break a sweat, a quart of water for each hour you are perspiring, with at least one of every four quarts containing electrolytes, which can be obtained easily by adding some apple juice to the mix.

Fortunately, in the United States we have one of the safest and most reliable public drinking water systems in the world, and virtually everyone has access to it. But when disaster strikes, all bets are off. Electrical power is one of the complex systems most likely to break down, and with lack of power, water treatment and pumping grind to a halt.

That’s precisely what happened in the aftermath of Hurricane Maria on the island of Puerto Rico. The commonwealth’s water systems were not up to the mainland’s standards to begin with, and, when its power plants failed, there was no clean water to be had.

The nonprofit Water Mission of Charleston, with its stellar record of success in developing countries around the world, sent a large contingent to the island expecting to treat Puerto Rico’s water for drinkability. According to Jeff Zapor of the Charleston office, they found little available water to treat. Treatment wasn’t the need; restoring power was.

Drawing on their international experience, the Water Missions team set up a number of solar arrays on existing treatment systems that lacked power. That helped many communities, but it was only a Band-Aid on the water wound. After all, the sun is only up and strong a few hours each day. Even today, a year later, some parts of the island remain without electricity and depend on water trucked in from elsewhere. Water Mission is installing several large solar power projects with more than 100 panels and batteries to store power when the sun goes down. But, of course, utilizing solar power for the mainland’s more than 150,000 public water systems would be virtually impossible.

And that’s just water that’s treated and safe to drink. Everyone in the world counts on water for a host of other essential functions. In the continental United States, we use safe, treated water for just about everything, approximately 100 gallons per person per day, according to the Environmental Protection Agency.

So when disaster is imminent and our water supply is threatened, what can we do? One quick answer is to stock up on bottled water. Even in non-emergency situations, we already spend billions of dollars annually on bottled water. But, as anyone who has tried to squirrel away a stockpile knows, it can be a costly endeavor and store shelves quickly empty of the precious commodity when emergency situations loom.

Dr. Hurley recommended waterBOBS, food-grade plastic containment systems that can safely hold up to 100 gallons of water when placed in a bathtub. Also, empty apple juice, vinegar and bleach gallon jugs can add to storage capacity. In a pinch, even the water in toilet tanks can be potable.

A good idea for whatever water you use after a disaster, especially if some tap water may be available, is to boil it – really boil it, not just warm it up – and add a few drops of bleach for disinfection or one of any number of water purification preparations obtainable (in advance, of course) at most sporting goods and even some hardware and big box stores.

For other non-drinking uses, he suggested utilizing gray (dirty) water or brown (toilet) water. Clearly, obtaining adequate water for hydration and important tasks such as personal hygiene can be a daunting proposition when a major emergency is on the horizon.

It’s such an important consideration that there are literally thousands of places to find helpful tips on the internet. You could just Google them. But won’t Google need lots of water to cool down its server arrays that bring you all that critical information? In fact, Google uses some 40,000 gallons of water a day just to process all those searches.

So, maybe you’re better off just paying attention to recommendations from local government, the news media and that annoying neighbor who always seems ready for any catastrophe.

Or you may wind up like the poet’s “ancient mariner,” with not “a drop to drink.” 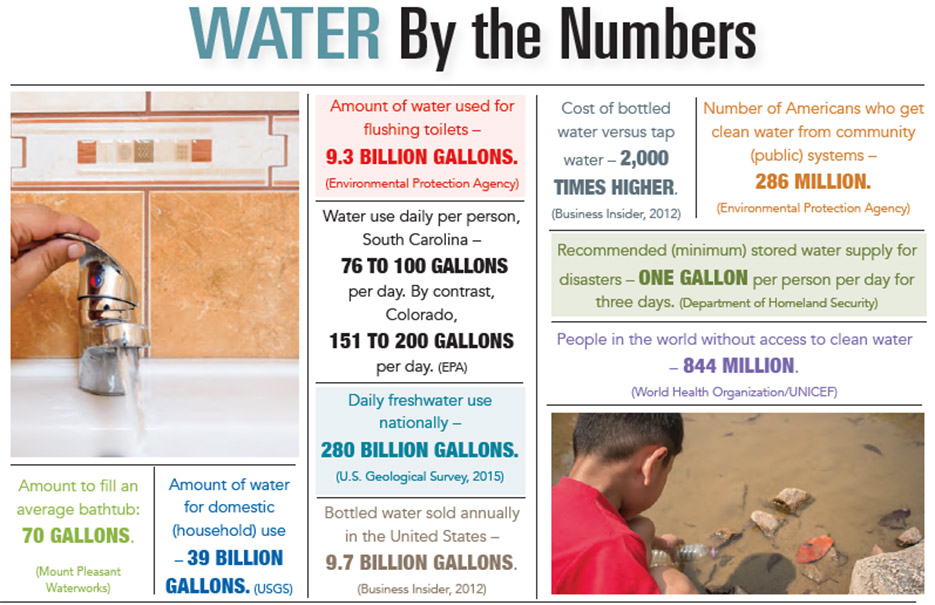