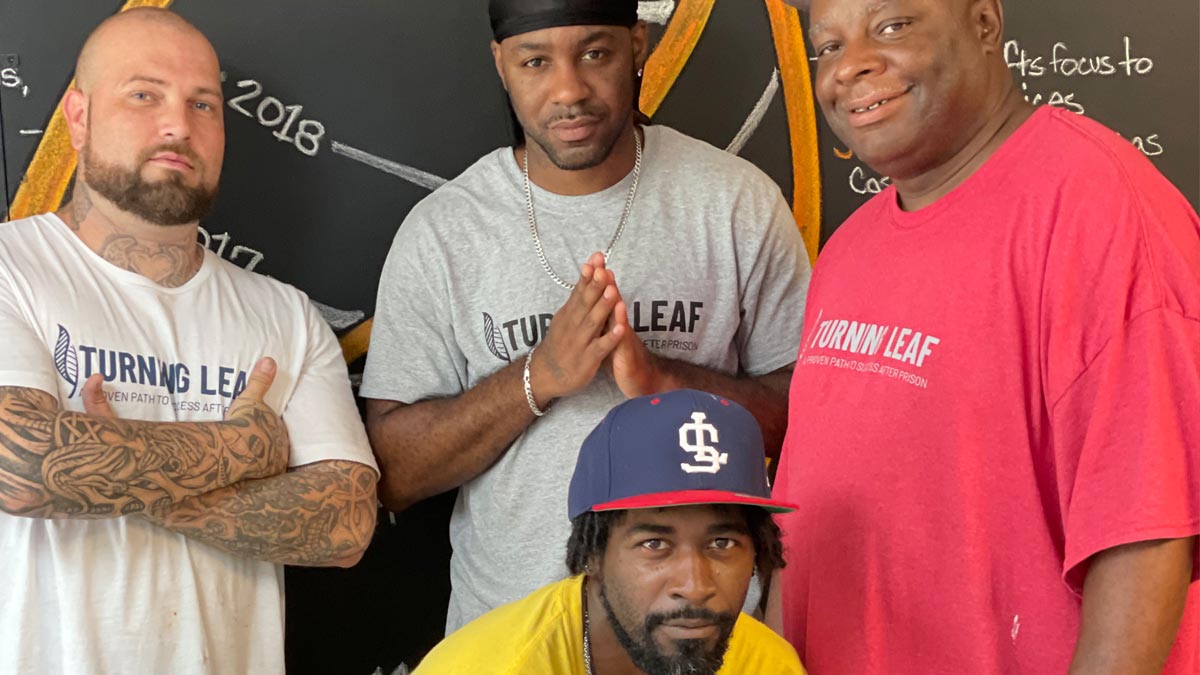 Have you ever tried to break a bad habit? Whether it’s nail biting or online shopping, chances are there’s a habit you’d change if you could. Maybe you’ve even tried once or twice before.

Now imagine needing to change almost every aspect of your life – from your friends to your job to the way you interact with anyone you meet. It would feel impossible, don’t you think?

This is exactly what society asks of many people returning home after incarceration. To avoid re-arrest, they must change almost everything about their lives, and it’s hard. So hard, in fact, that nationwide approximately 62% of people leaving prison are re-arrested within three years. Increase the time frame to six years and the figure is over 80%.

How do we change the game for men coming home from prison? Amy Barch, the founder of Turn90, the North Charleston-based nonprofit organization previously known as Turning Leaf, believes she’s found the answer in cognitive behavioral therapy.

CBT teaches people to identify and manage thoughts and behaviors that contribute to emotional problems. It’s highly effective at treating depression, anxiety disorders, addiction, eating disorders and severe mental illness. It has also been shown to reduce violence and other criminal behavior in various populations and settings.

At Turn90, program participants are men who are recently released from incarceration and who, due to a variety of factors and based upon a standardized evaluation, are at the highest risk of re-arrest. They receive 150 hours of CBT in a classroom setting. The curriculum incorporates 25 social and life skills, including “how to say no,” “using new thinking,” and “managing frustration.” To many, that may not seem difficult.

However, 95% of Turn90 participants dropped out of high school. Approximately 90% were arrested at least once before the age of 18. Upwards of 60% have a parent with a felony record. They come from neighborhoods where violence and selling drugs is commonplace. As Maya Angelou once said, “Do the best you can until you know better. Then, when you know better, do better.” Turn90 participants are living examples of people doing their best and then trying their hardest to do better.

Daily classroom role plays allow participants to practice their new skills in real-world scenarios, overseen by a classroom facilitator who is also a program graduate.

“When he [classroom facilitator Winard Eady] let me know who he was and what he went through, I realized everybody in the classroom is the same as me, even the teacher,” said Rigg, a recent program participant.

This combination of life skills and credible messengers allows the men to begin to see the world differently.

Turn90’s unique program model includes one-on-one case management to address external barriers to success such as lack of housing, transportation or identification. Participants are employed in the organization’s social enterprise, the Turn90 Print Shop, a full-service screen-printing business where men can practice classroom skills in a workplace environment. Upon graduation, they are placed in jobs with a competitive wage, benefits and opportunity for advancement.

Only 22% of Turn90 graduates have ever been re-arrested for any reason, making the program a resounding success. Former U.S. Deputy Attorney General Sally Yates hailed Turn90 as “a promising program with the potential to change the whole criminal justice system.”

However, Barch isn’t satisfied to rest on her laurels. This year Turn90 will open the doors to a second center, located in Columbia, to make sure its pilot program can be successfully replicated. Then, in 2023, a third Turn90 center is planned to open in the Upstate.

“We’re on a path to replicate across South Carolina and beyond after undergoing a full program evaluation,” said Barch. “We want to prove that the program really does work and can be successfully implemented in other cities to reduce recidivism.”

If their plan succeeds, Turn90 will become the first adult re-entry program to reach an evidence-based – effective – standard as defined by the Department of Justice. Although nothing about reducing recidivism is easy, Turn90 is proving that it’s more than possible.