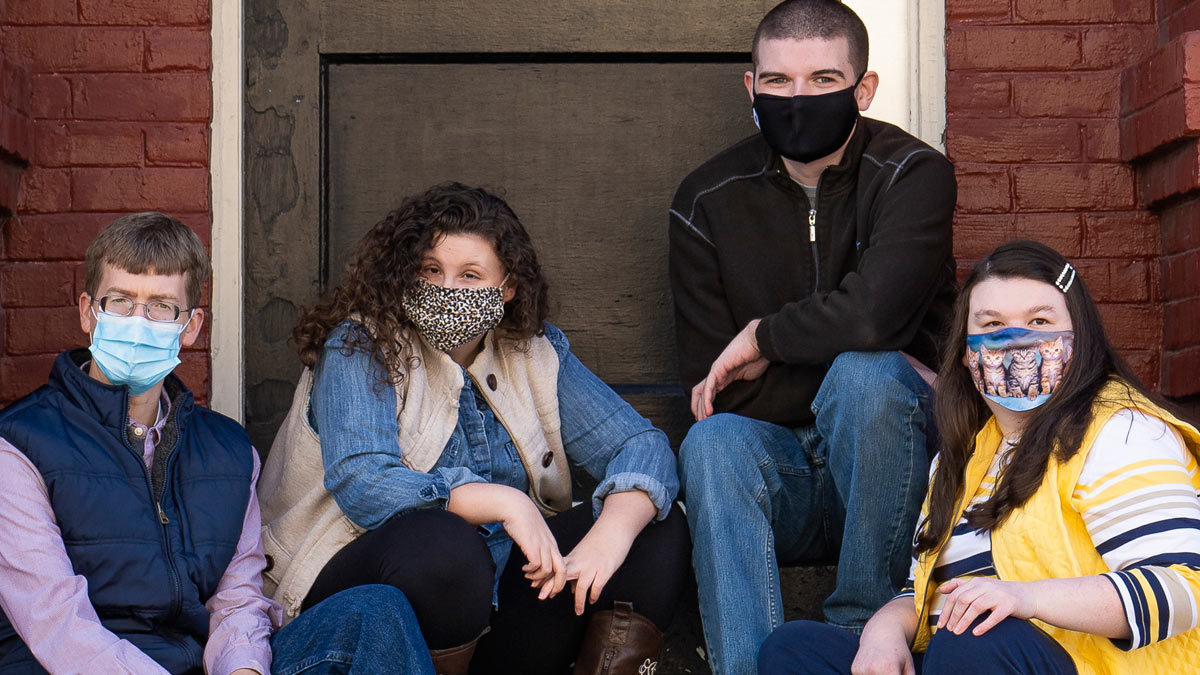 Michael’s Barkery is a pet spa and boutique in Mount Pleasant with a bit of a different mission. While providing homemade dog treats, grooming services and other treats for local pet lovers, it also offers career opportunities to adults living with cognitive disabilities.

“My son Michael had a senior project in high school where he made dog biscuits, and it was a really big hit,” said Karen Patrohay, owner of Michael’s Barkery. “It was something that he really understood and enjoyed. But once it was over, we realized that opportunities for Michael were limited, so we were trying to figure out what his life was going to look like. We came up with this concept of Michael’s Barkery, but I didn’t want to just help him. I was hoping to help others that were like him.”

Patrohay noticed something that many parents of adults who have autism may also understand. There seems to be plenty of education and social programs available as resources for children with autism, but, when those children grow up, in many cases those opportunities start to wane.

An article published in The Canadian Journal of Psychiatry found that services for adults with autism that can support them in jobs, education and social interaction are lacking. The Centers for Disease Control and Prevention reports that 1 out of every 54 children in the United States is diagnosed with an autism spectrum disorder, and, with more of those children aging into adulthood every year, the question remains – what does life with autism look like for adults?

“It was easier when Sierra and my friends’ kids were all young together because they all liked the same things,” said Robin Jennings, whose 19-year-old daughter has autism. “But as they grew up and went to college and moved away, Sierra has stayed the same and likes the same things she did when she was younger. People expect her to be able to do more for herself since she’s an adult, but there are things that we take for granted that I sometimes have to remind her of, like not standing so close to someone in the store or other little things like that.”

One of the most difficult hurdles for adults with autism is the prospect of finding a job. Companies like Michael’s Barkery can support the specific challenges that come with autism, but that doesn’t mean that it’s impossible to work anywhere else.

Depending on the needs of the person, other workplaces can provide guidance or whatever else is needed to help employees complete their tasks. Josh Lowe, age 33, is employed at The Hare & Hound restaurant in Landrum. A vocational rehabilitation service found the opportunity for him and worked with the restaurant to make sure he was properly trained.

“Job opportunities have really opened up, particularly since we moved here,” said Bob Lowe, Josh’s father. “We’ve been back in South Carolina now for about 11 years, and even over that 11-year period in terms of employers even considering hiring people with disabilities, it’s totally changed over the last decade. Obviously, we’d love to see more, and we’d love to see more companies that would proactively want to hire people with disabilities.”

Fortunately, career opportunities aren’t the only activities available for adults with autism. Sierra, Josh, Hannah Grace Anderson, 27, and Nate Willis, 19, all played baseball with the Carolina Miracle League, an organization specifically for people with physical or intellectual disabilities.

Many people with autism continue some form of therapy into adulthood, even when they are no longer in school. Happy Hooves, located in Marietta, uses equestrian therapy to help both adults and children and provides a wide range of cognitive, physical, emotional and social benefits.

Around 20% of riders at Happy Hooves are adults. Those who ride at the barn start with an evaluation that determines their needs and the goals that they will work toward in therapy, which might include finding a fun social activity. Some riders, such as Lauren Pottmeyer, a current client who has been with Happy Hooves for seven years, enjoy being with horses and receive more than the predetermined benefits.

“They want to feel welcomed and be in a place where they enjoy being with the horses and being outside,” said Becky Sweeney, barn manager at Happy Hooves. “And that’s a really important thing to us. We want to create a place where these individuals feel welcome and encouraged and loved and, hopefully, while they’re here, they benefit from their time being on the horses and around them.”

Unfortunately, during the COVID-19 pandemic, certain social activities have been put on hold. While nearly everyone has struggled during the pandemic, the massive changes to routine and normalcy have affected some adults with autism more than their neurotypical peers.

Willis usually wears noise-canceling headphones that reduce the sensory overload that comes with ambient noises, but they have made it difficult for him to adjust to wearing a mask. In addition, he doesn’t always understand the importance of social distancing, especially around friends and loved ones.

“It was kind of hard to get him to adjust,” said his mother, Mandy Willis. “We had to put our masks on first, and then he would follow suit. The one thing he doesn’t understand is social distancing and not being able to hug or touch anybody.”

The pandemic has also disrupted many of the typical activities that adults with autism participate in. For example, Anderson is employed at the Hope House in Woodruff, where she works alongside other adults with autism, completing on-the-job tasks and learning life skills such as cooking, making beds and folding laundry. Typically the adults work in groups of around eight and are supervised by two or three facilitators, but, during the pandemic, the groups have been reduced to four with only one facilitator.

A common misconception about people with autism is that they do not enjoy being around others and that they may adapt well to social distancing and isolation. But Anderson, who is usually very sociable, has had to give up some of her favorite activities, such as going to church or to restaurants, in order to stay safe and healthy.

“She loves to go shopping or to the movies, but we haven’t really been able to do any of that,” said her mother, Lisa Anderson. “Her cousin is our respite caregiver and she still does things with her, but nothing like she was doing before the virus. So many adults with autism just want to be included in everything.”

Understanding how adults can live with autism might be difficult for those who do not have friends or loved ones with it, but all of the parents recognize that their children are more like their neurotypical peers than they are different. Everyone has their own abilities and things that they struggle with, which is no different for people with autism.

“They’re no different than anyone else, even though they may take a little bit more time to understand or to process the information,” said Nancy Lowe. “They just need to be given a chance. We all have abilities, and we all have things that we can’t do. It’s important to remember that every person has value, and we all bring something different to the table.”