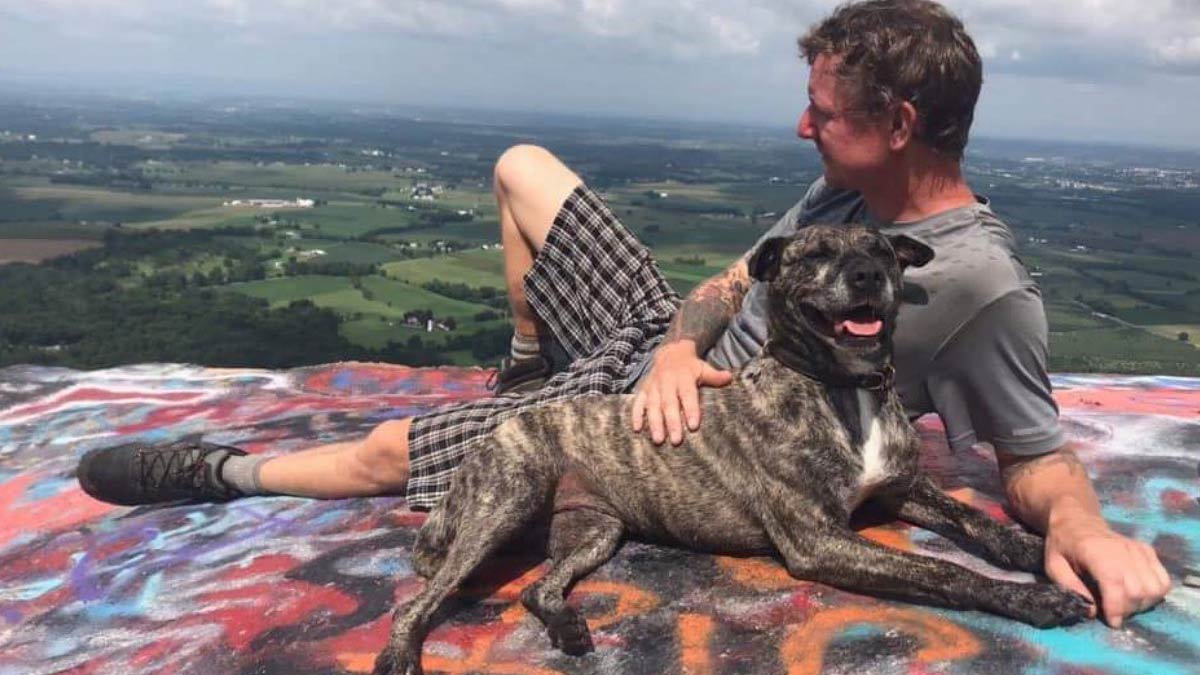 I never thought my life would be touched so deeply by suicide. Within a span of three months, I said an unexpected goodbye to three friends: one from high school, another on my college campus and a third who was close to my mom. With each loss – of the person and of the moments that could have been – we wondered how and why these tragedies happen.

Erik Caldwell, a friend of Mom’s and of mine as well, was infected with COVID-19 early in the pandemic, in 2020, although his struggle with the virus lasted the rest of his life. He diligently tracked his symptoms, met with doctors and took walks that included frequent kneeling breaks. He likened the pain and brain fog to hell and referred to the months after the most extreme side effects subsided as a never-ending hangover.

However, he described his physical state as having an almost relaxing effect on his mind. In old Facebook posts he wrote to update friends – sharing what he learned and validating the intensity of the virus – he described not being able to panic, even when it felt like he would soon be unable to take another breath.

“I’m a fighter. I’ve been through too much in my life to just lay down and quit,” he wrote, reflecting on his first wave of COVID-19 symptoms. “But I was relaxed enough to let it go.”

“Many patients have had worsening depression because of the implications of what COVID means,” said Sarah Coker, M.D., a psychiatrist with Roper St. Francis Healthcare. “I’ve had many who have had depression because of the physical fatigue and feeling hopeless, especially long haulers, that it’s not going to get better; they barely have the energy to push on through the next day.”

On his worst day during his initial bout with the virus, Erik piled the dog food high for his “perfect four-legged sidekick,” Koda, and crawled into bed. He didn’t think he would wake up again. Later, when my mom went looking for him on the day his body was found, the dog food was still piled high.

That’s how I’ll remember him; he was always caring for the animals and people in his life.

“When I was homeless and withdrawing from some really bad drugs – drugs I was trying to end my life with – I had nothing but the clothes on my back and he gave me his,” said Jack Bledsoe, who lived with Erik for a few months before he passed. “The universe put me right next to him.”

Erik came to our house to fix a porch fan. He stayed as our friend ­– teaching us about mushrooms and how to fix fence posts, sharing meals and exchanging stories, repairing our home and creating art. So much of his joy came from building – his woodworking business, relationships, treehouses, 2-foot models of Lego men and his knowledge of and experience with nature. He seemed to know everything and wanted to share it all, but, in the end, he didn’t know how to stay with us.

The last few months of his life, Erik was revisited by debilitating fatigue and excruciating headaches that rendered him unable to leave the house and find peace in nature. He had hiked dozens of mountains and hundreds of miles of the Appalachian Trail, the longest hiking-only footpath in the world. He found peace in his mind and body in the foothills and crests of cliffs, getting “an even mix of a physical workout while the hamster in my head is getting his exercise by running in place on his wheel” he wrote in a draft of his book. “As I crest the hill, I laugh at the irony that I’m literally over the hill while I’m going over the hill” he wrote, referring to turning 40.

I don’t think Erik could see the other side of his sickness. He seemed deterred when overwhelmed hospitals weren’t able to offer him answers. He turned down the help of his friends and a journey of doctors’ appointments. I imagine he feared another uphill battle with the sickness and circumstances of COVID and didn’t want to live through it all again.

“Some of the ones that don’t want your help are successful because they make it a point to make it a more lethal means,” said Dr. Coker, who noted that more than 95% of the patients she has seen recently have had COVID and struggle with anxiety and depression – as well as the related stress of financial insecurity and the uncertainty that accompanies a pandemic.

At this point, it hurts to look at pictures of these friends and be reminded of how much joy they had in their lives because I also think about how much pain they must have been in to want to end it all. I would never wish the urgency to end your own life on anyone, but I have to hope that the men I never got say goodbye to are at peace, breathing freely and no longer in pain.

Dr. Coker is adamant that thoughts of suicide, as passive as they might be, should not be ignored. If you know someone that might be headed down that path, talk to that person regularly, and ask what you can do to make what’s going on more manageable. Confide in friends or family – not social media – and take the time to check in with one another.

“It’s never wrong to have a discussion with someone about it because you’re not going to put that thought in their head,” said Dr. Coker.