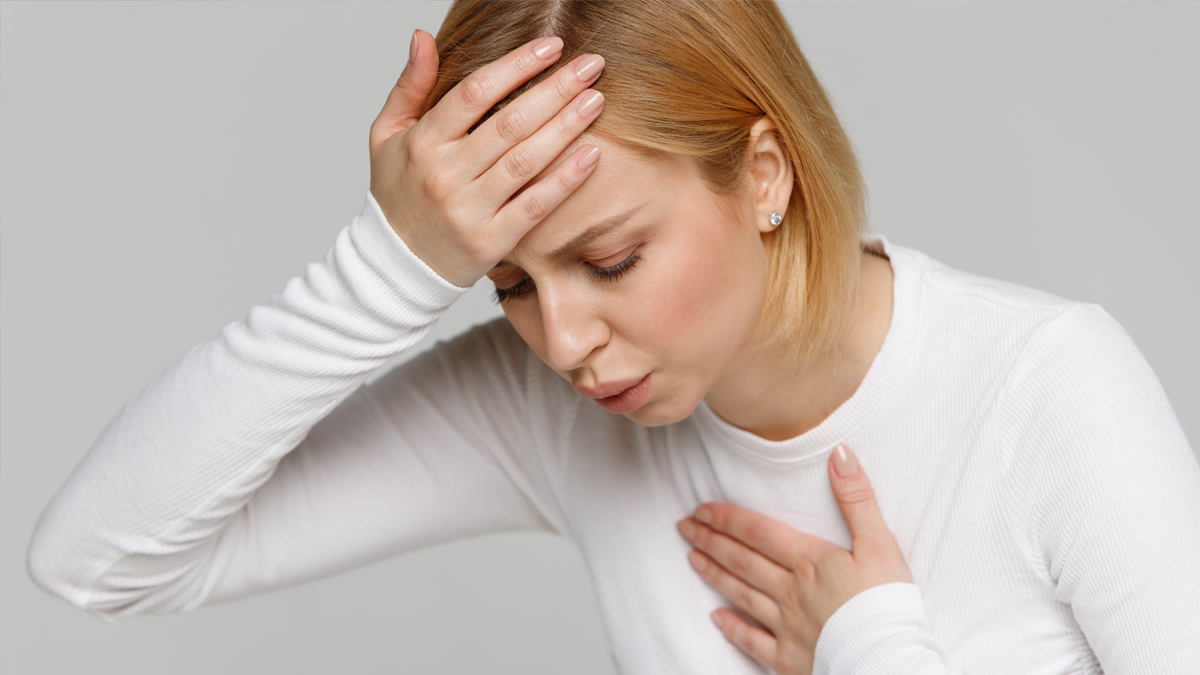 I was 22 the first time I experienced a panic attack. It was September of 2001, several weeks after the attack on the Twin Towers. I lived across the river from Manhattan in Northern New Jersey and lost a friend when the Towers fell. I awoke in the middle of the night gasping for air. I felt like there was a semi-truck parked on my chest. I was sobbing, choking and I didn’t know what was happening.

Corrigan Rutherford, a Charleston-based educator and school administrator, understands those feelings all too well.

“All of your body systems shift into overdrive,” she said. “You might vomit, your heart races and you don’t know if you’re going to explode or not. You just know, ‘I have to get out of this place or I am going to die.’”

Panic attacks, or panic disorders, are common these days and are becoming ever more so.

“Panic disorders are extremely prevalent nowadays, especially in the population of 18 to 25 years old,” said Steven Krozer, CEO and nurse practitioner at iTrust Wellness Group in Greenville. “Mental health symptoms which include panic disorders and generalized anxiety disorders, have increased approximately 30% to 40% in the last several years in this population alone.”

“I think the world being as connected as it is with social media and a global internet, direct consumers of information by technological needs are exposed to a significant amount of information than that of other generations,” he added. “News, for example, is now global – school shootings, COVID-19 and economic collapse potential. This is what our population is exposed to every day.”

In short, we’re all stressed all the time, and it’s difficult to find an escape route. So our bodies overreact. That’s exactly what a panic attack is, in fact. A body overreacts to a stressor, creating a fight-or-flight reaction that doesn’t apply to the day-to-day modern world.

Katy Stebbins Yahr, MA, LPC, with Still Point Counseling in Mount Pleasant, explained: “Panic attacks occur when your brain is having an overreaction to the body’s natural physiological response to fear or danger.”

Causes can include stimuli in your environment or something as simple as drinking too much caffeine, trigging your body to respond with an increase in physiological activity.

“Your brain sends signals to prepare you for what it is incorrectly coding it as an emergency,” she continued. “Your sympathetic nervous system triggers the release of adrenaline and cortisol. The blood flows to your major muscles, and your heart rate increases and breathing quickens to prepare you to flee or fight.”

She encourages her patients to set a timer, so they can track how much time actually passes.

It’s also important to know the symptoms and how they differentiate from a physical condition such as a heart attack. Symptoms to look out for include squeezing, fullness or pain in the center of your chest and pain or discomfort in one or both arms, the back, neck, jaw or stomach.

“If you’re unsure,” said Yahr, “you should always go to the emergency room to get checked.”

Treatments for panic disorders can include antidepressant medication to calm down the nervous system as well as supportive care like cognitive-behavioral therapy. CBT teaches people to recognize physical sensations early so they can use tools such as deep breathing, exercise or mediation to control their symptoms. It’s widely used to treat anxiety, depression, eating disorders and addiction.

These are all tools familiar to Rutherford, who uses a mix of them to keep her panic in check.

“I try to be more organized in my daily life,” she said. “I work to control the things I can control. I’ve worked with a therapist, and I’ve learned a little bit of anti-anxiety medication can help a lot. It’s enough to slow my brain down.”

And as for me, I remain on a journey similar to Rutherford’s. Panic will always be there, on the edge of my world, but with the tools I’ve put in place through the years, I know I’ll be fine. You will, too. And if you’re worried, don’t forget: It’s always OK to ask for help.

Factors that may increase the risk of developing panic attacks or panic disorder include: