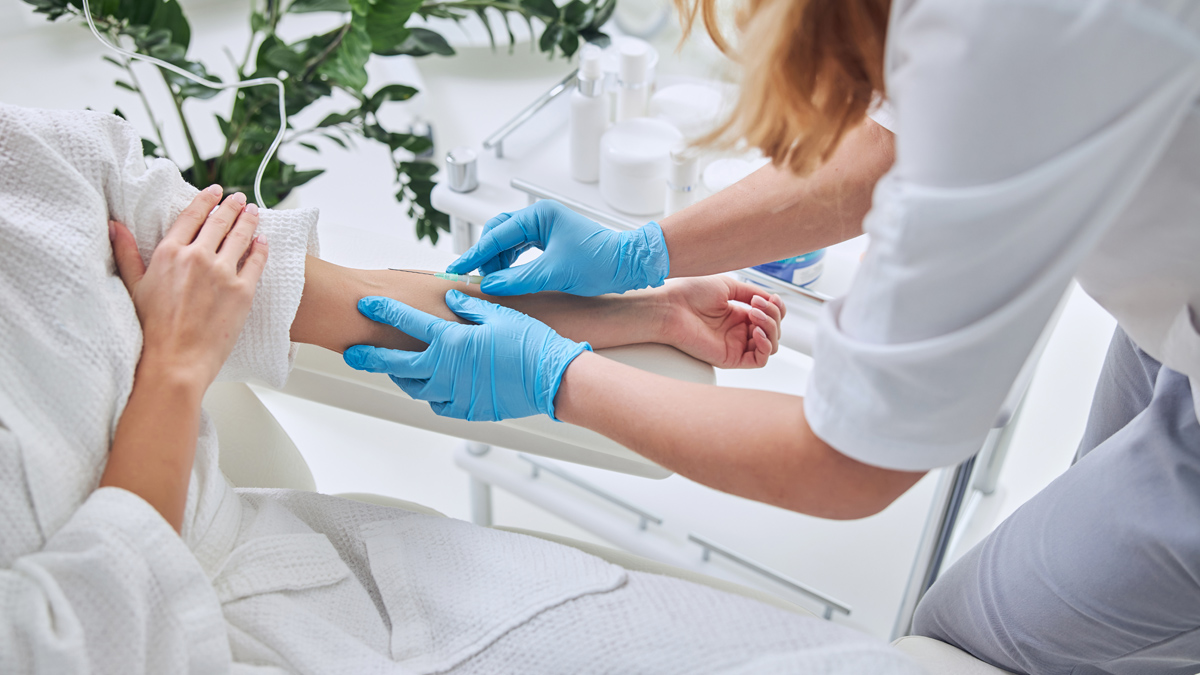 “I don’t use the word miraculous lightly in medicine, but I’ve never seen anything like it,” said Richard L. Bowen, M.D., of Charleston Ketamine Center.

He has now been administering ketamine infusions for eight years, having given over 10,000 infusions to more than 1,000 patients.

Ketamine is proving to be reliable for helping patients when depression is interfering with their daily life – energy, sleep, concentration and physical health – and the standard treatments have not helped. It was initially explored at Yale when data showed that depression was associated with excessive glutamate signaling in the central nervous system. Researchers began to explore glutamate receptor antagonists as a treatment and selected ketamine. Subjects who lacked success with other treatments were administered ketamine and experienced significant positive results.

“It’s the most rewarding thing I’ve ever done, that’s for sure,” he said, reflecting on the people who have thanked them for their life or the lives of their loved ones.

Patients arrive in a private room, filled with ambient lighting and tonal music, and take a seat in a zero-gravity chair. They are pre-treated with medicine to prevent nausea and vertigo before undergoing infusion through an IV line. Everyone starts at a low infusion rate and is re-evaluated every 10 minutes, staying under constant monitoring for the experience. The infusion rate is increased until the patient has “some dissociation from this reality.” Dr. Bowen believes this is where maximum benefit is, judging by his experience and some supporting data. After reaching a state of dissociation, patients exist here for about an hour, or they may opt to decrease the dosage for the second half hour and work with a therapist.

During the dissociative experience, they are conscious but unable to emulate and speak regularly; however, they can answer questions with body movement, such as a nod of the head, and communicate if they are feeling afraid. People occasionally get frightened because it is difficult to separate the effects from reality, but the control of an intravenous route and the drug’s short half-life mean the feeling of fear can be alleviated in one or two minutes after pausing the infusion.

There are no words to describe what patients experience during the dissociation period, Dr. Bowen said, calling it “ineffable.” People are not aware of their body and surroundings and yet they are conscious; they may experience visual hallucinations like shapes, textures and colors.

“The number one adjective people use to describe the experience is weird, it’s really weird,” said Dr. Bowen.

Most patients who respond notice some improvement within a day after the second infusion, and they continue to improve until they reach their new baseline, usually within the first six infusions. Of course, some patients improve faster and some slower. To maintain the benefit, monthly boosters are typically needed for the first nine months to a year. After this initial treatment period, the frequency of booster infusions varies widely. Some may need to continue monthly infusions while others may remain in remission for several years. Patients’ treatment plans are adjusted by their response.

Dr. Bowen has observed an 80% response rate among patients, meaning they experienced a 30% or more improvement from their initial score on the Beck Depression Inventory. Out of the 80% that respond, half have improvements similar to those who react well to oral antidepressants, meaning that although symptoms may persist, they are improved, as is their ability to function. As for the other half, Dr. Bowen said, “It’s like they’ve been touched by Jesus.”

Dr. Bowen himself has experienced the treatment, having found a need for it after his second divorce.

“It allowed me to step back from that and see that in the future there was a good possibility that things were going to be much better,” he said.

Although it’s a treatment, not a cure, Dr. Bowen has found ketamine infusions incredibly effective for depressed brain functioning.

“Patients tell me all the time: You have saved my life – this has saved my life,” said Dr. Bowen. “It doesn’t get much more profound than that.”