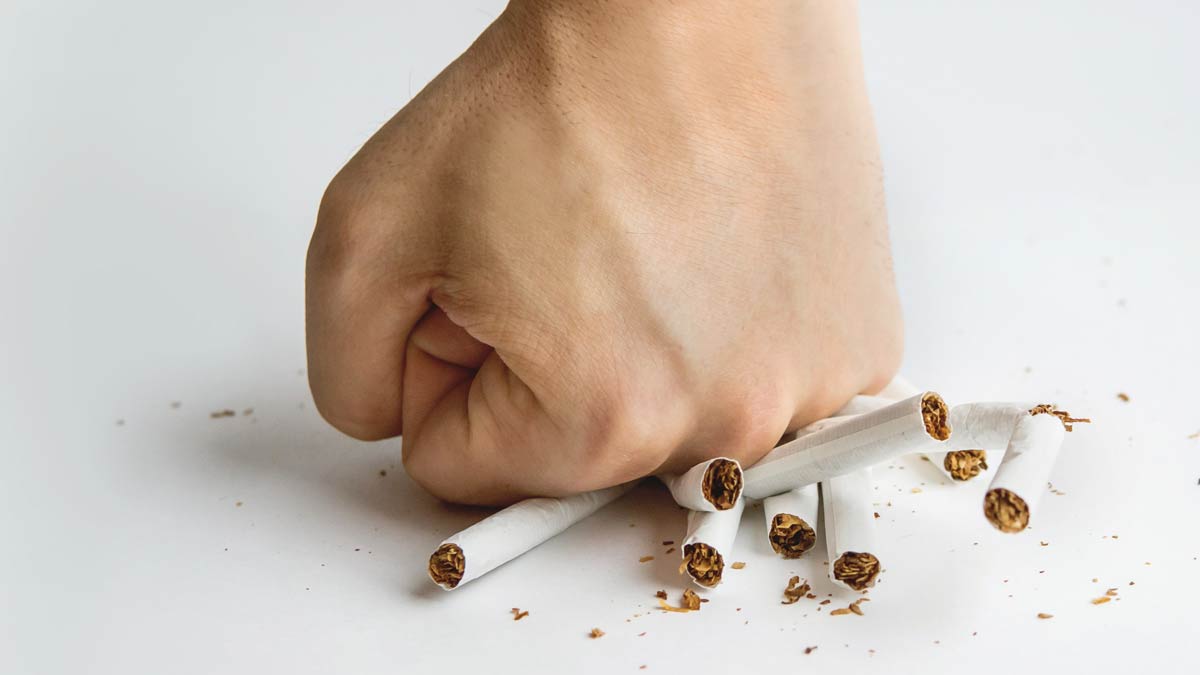 They say nobody likes a quitter, but, if you’re looking to give up smoking once and for all, then consider us the first to celebrate your efforts. With that said, it’s obvious that quitting the habit is easier said than done. Luckily, Charleston locals have a little extra help in our corner these days, thanks to the brainpower behind the Medical University of South Carolina’s Project Quit.

Operating out of the Addiction Sciences Division of the Department of Psychiatry and Behavioral Science, Project Quit currently has six studies that help people break their addictions to tobacco. According to the investigators leading the studies, it takes 30 attempts on average before people can successfully quit smoking on their own, with only 1 in 20 being able to quit without outside intervention. Additionally, studying patterns has shown that men and women are quite different when it comes to smoking.

“Not only do they quit in different ways, but women’s triggers may be different as well. Some research suggests that men have a stronger addiction to the nicotine itself, while women may smoke more or less depending on their mood or surroundings. Researchers here at MUSC are interested in exploring these differences in smoking patterns in order to improve treatment options,” said Dr. Rachel Tomko.

Harmful For Our Pets Too

Project Quit and organizations such as Pet Helpers want you to know that poor smoking habits also impact your favorite furry friends. According to the American Veterinary Medical Association, studies have shown that pets have increased risks of cancer and cardiac and respiratory disease when they live with a smoker due to the second- and third-hand smoke exposure. E-cig “juice” also has highly concentrated levels of nicotine and flavorings that can entice a pet to ingest. Meredith Jones, DVM, at Pet Helpers Adoption Center and Spay/Neuter Clinic, explained: “What many smokers do not realize is that inhaled nicotine of any kind metabolizes similarly in both humans and our pets. Not only do they inhale our cigarette smoke, but they also receive a higher dose of nicotine when they clean themselves, ingesting the nicotine and toxic residue that is on their fur.”

While research studies have been around for some time, it’s the approach to these current ones being done at MUSC that are especially interesting. Two of their six studies use technology and apps to help people kick their nicotine habits.

“Nearly everyone today has a smartphone, and we are harnessing these devices as part of our research to learn more about smoking and the quitting process,” said Dr. Erin McClure.

Another study takes a look at how e-cigarettes are helping or hurting the cycle of cigarette usage.

“Many smokers are trying e-cigarettes, but only some stick with it and reduce their smoking. We want to understand why some smokers are able to switch while others are not,” Dr. Tracy Smith explained.

Ready to Get On Board?

With six studies ranging in duration from two to 12 weeks and for people ages 15 to 65, there’s likely a study for everyone. Additionally, compensation is provided, as well as any medications necessary throughout the trials. Most importantly, the Project Quit team is always focused on the health and safety of their participants, with prescreening helping to identify the best study for each applicant. Ultimately, Project Quit is working relentlessly to bring continued awareness about the damage smoking causes while educating people about how to combat this deadly addiction.

For more information on Project Quit, visit www.projectquitsc.com or call 843-792-4097.