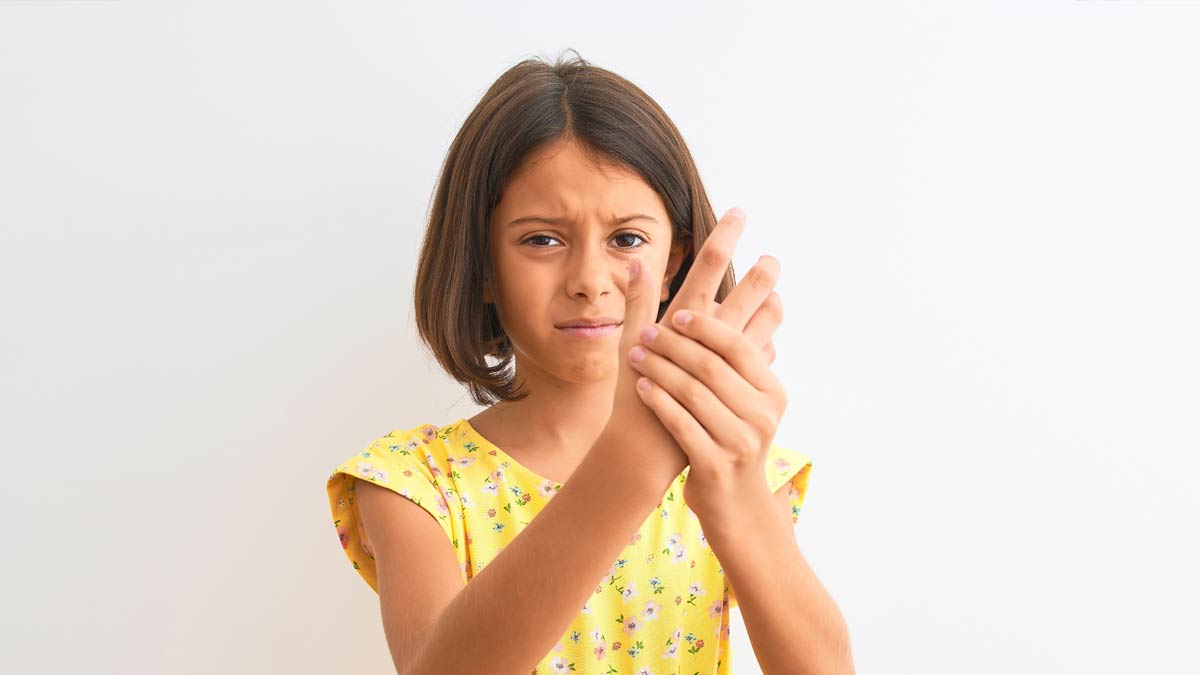 Arthritis in children? Yes, unfortunately for some parents, the onset of various degrees and forms of arthritis in their child is perplexing, worrisome and quite scary.

The disease known usually as “an old person’s” malady can also strike youngsters. According to Dr. Mileka Gilbert, pediatric rheumatology director of diversity and inclusion in the Pediatrics Department at the Medical University of South Carolina, the number of new cases of juvenile idiopathic arthritis a year varies widely throughout the world but ranges between 1.6 to 23 new cases per 100,000 people, with a total of about 300,000 children diagnosed with JIA in the United States.

“Childhood arthritis has many causes, including infection, cancer and autoimmune diseases,” said Dr. Gilbert. “Juvenile idiopathic arthritis, formerly called juvenile rheumatoid arthritis, is the most common autoimmune musculoskeletal disease in children. JIA is defined as persistent arthritis lasting at least six weeks in children less than 16 years old where other possible etiologies have been excluded.”

And, Dr. Andrew McMarlin, president of Winning Health Sports Medicine and medical director at the Concussion Center of Charleston in Mount Pleasant, has seen adult patients developing arthritis “likely due to childhood obesity and earlier wear and tear on the joints.”

Initial management for arthritis depends on symptoms. If there is joint pain from a sport or having an impact on the knee or shoulder during a car wreck, this is typically managed by a sports medicine specialist, either surgically or nonsurgically. If joint pain is present without any trauma and doesn’t resolve within a week or two with Tylenol and ibuprofen, especially if it’s associated with fever, the situation is typically managed by a pediatric rheumatology specialist after an evaluation by the family physician or pediatrician.

Dr. McMarlin said, “There has been a significant change in the nomenclature for different types of pediatric arthritis, and they are now clustered under the title juvenile idiopathic arthritis. This can include autoimmune disease that will show up on a blood test (seropositive) and autoimmune disease that doesn’t show up (seronegative). Psoriatic arthritis is also seen in children and has a couple subcategories as well.”

Dr. Gilbert mentioned that there are seven subtypes of JIA based on the International League of Associations for Rheumatology criteria and are differentiated by a number of joints involved and other clinical features, such as rash, fever and spine involvement.

“While most of the children with JIA are female and present the situation between the ages of 1 and 4 years, there are differences in gender and age of symptom onset based on subtype of JIA,” she observed.

The symptoms of JIA include joint swelling, joint pain, morning stiffness in joints and restricted movement of joints. If left untreated, JIA can cause chronic pain and permanent joint damage that may require joint replacement. Additional severe complications may develop, including inflammation in the eye – uveitis – that can even cause blindness.

“More treatment options have been developed over the past 20 years that have improved outcomes of JIA,” said Dr. Gilbert. “These treatments include biologic medications, which target inflammatory cells and proteins in the body, in addition to other immunosuppressive therapies. However, early diagnosis and treatment of JIA are still most important to prevent joint damage and other severe complications like uveitis.”

Dr. McMarlin concurred that trauma to the body, usually a sports injury or an accident, can cause pain to joints and other areas of the body of a child. But “kids fall down all the time, so parents shouldn’t panic if it takes a few days for their child to have less pain in the affected area. But after a week or two, if the pain isn’t reacting significantly to children’s Tylenol or Motrin, it is wise to have the child checked by the family doctor or a first-line medical care professional that can conduct testing and make a diagnosis. That diagnosis may lead to a visit to a specialist for further testing and consultation and a plan of action to treat the condition, if warranted.”

He added, “There are several types of medications to modify JIA, such as steroids and methotrexate that actually began as a drug to treat cancer. Sometimes the treatment is a daily or monthly injection or an intravenous infusion every two weeks. These treatments can modify or possibly stop the progression of arthritis in a child, but there are always potential side effects, such as an increased possibility of infection from long-term steroid use or from use of another type of medication. JIA is still not an easy condition to deal with.”

Dr. Gilbert said parents should have their child evaluated by a primary care provider if symptoms of persistent joint swelling, chronic joint pain or morning stiffness in joints develop so that they can be referred to a pediatric rheumatologist for further evaluation.

“Coordination of care between the pediatric rheumatologist, primary care physician and ophthalmologist is important to ensure good outcomes,” she said.

Juvenile idiopathic arthritis: Involves swelling in one or more joints lasting at least six weeks and may include a variety of symptoms, such as muscle and soft tissue tightening, bone erosion, joint misalignment and changes in growth patterns.

Juvenile lupus: Symptoms may include a butterfly-shaped rash that bridges the nose and the cheeks, a scaly-type rash on the face or neck, sensitivity to sunlight, pain in the joints and chest pain.

Juvenile scleroderma: A localized form occurs more commonly in children, is not systemic and doesn’t involve the heart, lungs or other internal organs.

Kawasaki disease: Primarily affects infants and young children and frequently starts with a high fever. Other changes may include a visible rash or a swelling or redness around the hands or feet.

Mixed connective tissue disease: May include features of arthritis, lupus dermatomyositis and scleroderma, and is associated with very high levels of a particular antinuclear antibody.

Fibromyalgia: Can cause stiffness and aching, along with fatigue, disrupted sleep and other symptoms. More common in girls, fibromyalgia is seldom diagnosed before puberty.