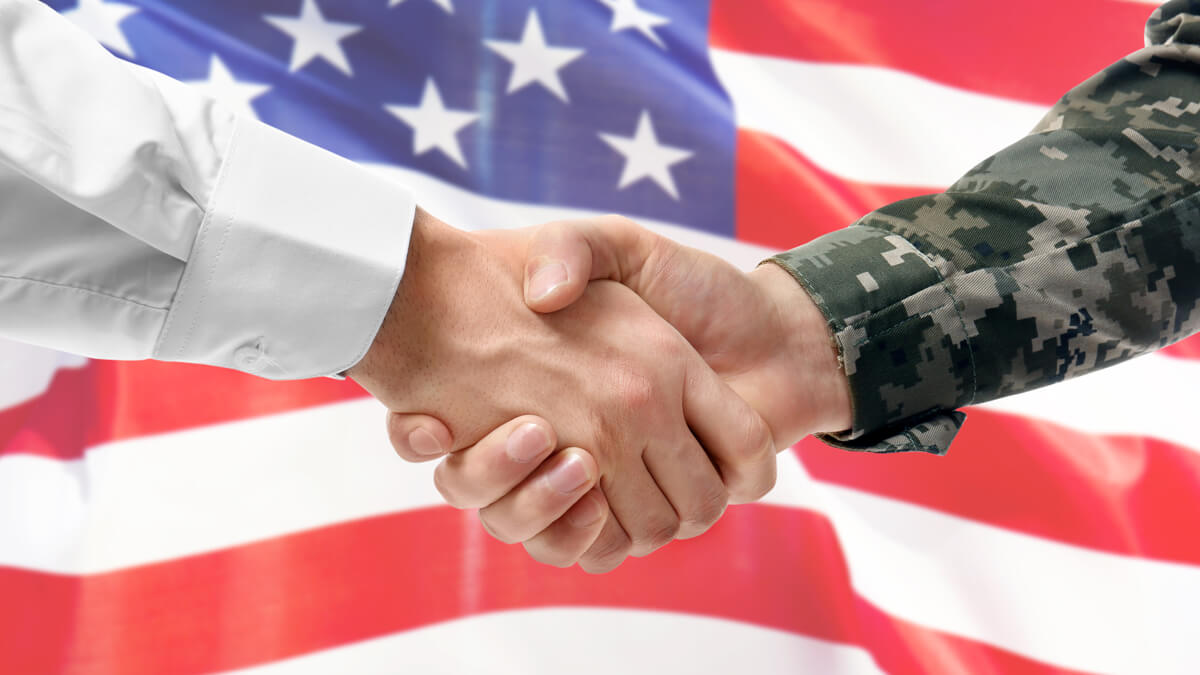 Despite the many skills they develop throughout their careers, military veterans are often underpaid, undervalued and underemployed after they retire from military service. Frustrated and discouraged, many veterans and their spouses struggle to find employment opportunities that are in line with their capabilities because the technology that drives online job boards prioritizes specific keywords over competencies. In approximately 95% of cases, the algorithms that match employers with candidates filter out military applicants because their industry experience is not automatically recognized, even if their skills far outshine those of other job seekers.

For disabled applicants, the numbers are even more bleak. According to national Trends in Disability Employment reports, the labor force participation rate for people with disabilities sits at 32.8%, compared to 77.1% for those without disabilities.

While the Americans with Disabilities Act prohibits discrimination against people with disabilities in several areas, including employment, the way in which recruiting is done in the age of the internet and online job searches consistently excludes talented but disabled applicants.

Having experienced this disparity herself, Robyn Grable, a U.S. Navy veteran and human resources professional with a masters in psychology and more than 25 years of HR expertise, designed two online platforms specifically for these underserved groups. As founder and CEO of Veterans ASCEND and Ability ASCEND, Grable created two online employment platforms that use a specialized algorithm to translate occupations into a skills profile rather than a title or task, thereby matching military and disabled candidates with positions in which they will thrive.

Instead of the usual resume, a job match on Veterans and Ability ASCEND starts with a self-assessment, where job seekers build a profile, list their competencies and present their skills. ASCEND’s algorithm is designed to recognize matches based on candidates’ ability to complete tasks based on their capabilities rather than words or phrases on a resume. By digging deeper into each candidate, ASCEND makes better matches, which leads to improved odds for applicants and more quality hires, increased productivity and augmented retention for employers.

In addition, ASCEND’s programs reduce cost per hire and remove barriers and biases. Companies that prioritize diversity and inclusion reach a larger pool of qualified candidates who bring unique value to their organization. A national program, Veterans ASCEND and Ability ASCEND work with employers across a wide range of industries. A pharmaceutical company seeking candidates through blind job boards, for example, might miss out on ideal candidates simply because these applicants’ online resumes do not list industry competitors. The loss of potential candidates and the limitations of blind job boards can be catastrophic for applicant and employer alike.

Many of the skills veterans and the disabled bring to the table are translatable across a multitude of industries, but it takes a specialized and thoughtfully designed algorithm to make the right matches. Veterans ASCEND and Ability ASCEND have conquered this challenge by creating an intentional, skills matching process using technology.

Candidates find the positions they deserve, and employers find matches they would otherwise have missed. Veterans ASCEND and Ability ASCEND honor the value these groups bring to the workplace, creating a system in which everybody wins.