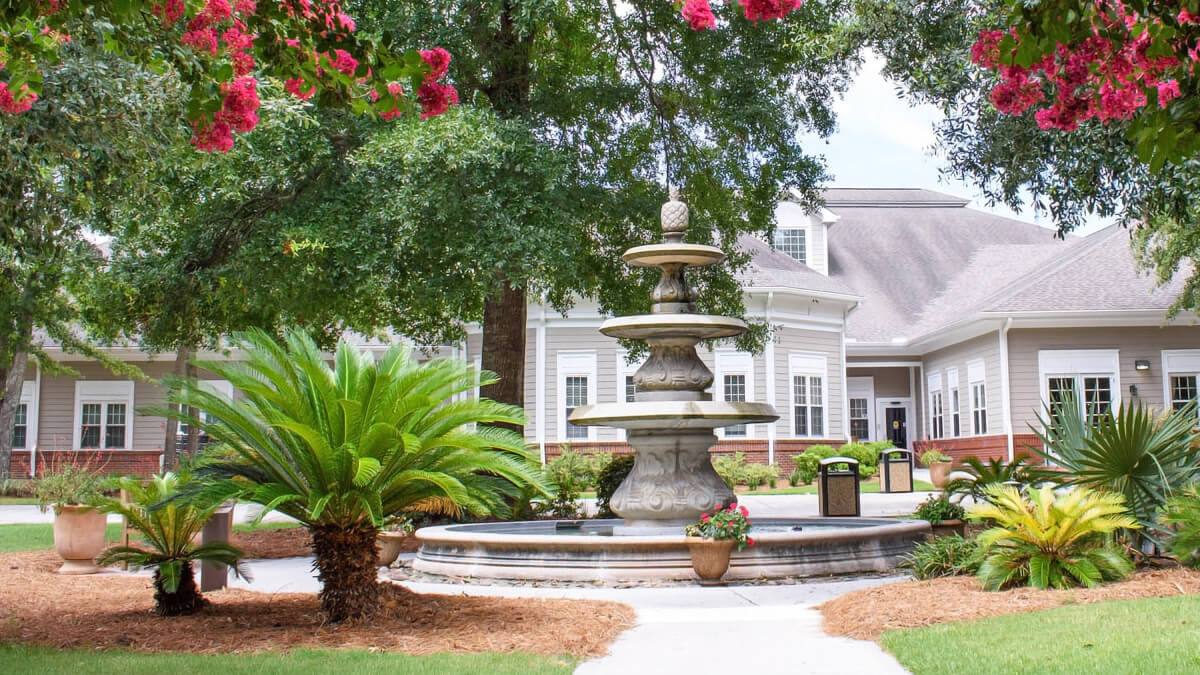 Celebrating 25 years with a single company, a spouse or even a pet is a time-honored milestone for anyone.

But with Franke at Seaside Retirement Community in Mount Pleasant, celebrating its 25th anniversary in one spot is merely the next phase of a long presence in the Lowcountry.

“We have been in the Charleston area for 129 years, and in Mount Pleasant since only 1996,” said Allison Macfie, Franke’s community outreach director. “And in that time, everyone who has been part of growing Franke at Seaside has helped us establish a reputation of providing excellent, quality care in this community.”

With approximately 350 residents living next to an inland lagoon only 2.5 miles from the Isle of Palms, Franke at Seaside is a faith-based nonprofit that offers independent living, assisted living, memory support, short-term rehabilitation and long-term care for seniors of all ages.

“We started in 1892 in downtown Charleston with the capacity to serve 18 residents,” Macfie said. “Now we are on 42 acres in Mount Pleasant and serve older adults in all levels of care.”

In addition to being near the water, Franke also sports a dog park, boccie court, croquet lawn and most recently, a putting green.

Macfie pointed out that Franke is intended to be a retirement community where “older adults can live an active lifestyle and have access to care as their medical and physical needs change.”

“And my favorite part of my job is building relationships with our residents and their extended family members,” she said.

Franke’s growth is even more remarkable considering that it didn’t even begin as a senior facility but as a local charity – when area businessman C.D. Franke established the Evangelical Lutheran Charities Society of Charleston – now known as Lutheran Homes of South Carolina – in 1892.

When Franke’s wife passed away in 1894, funds began pouring in for the charity.

Seeing the need for an assisted living facility for Charleston seniors, the Lutheran Society purchased a home on Calhoun Street in 1905 and admitted the first resident in 1908.

The new place was soon known as the Franke Home, a name it kept for the next 88 years. In that time, it was one of the region’s oldest wellness-based nonprofit continuing care retirement communities.

By 1991, the endeavor had grown to support 61 residents. Further demand was on the horizon, as skilled nursing and rehabilitation services were growing across the United States in hospitals, clinics, home care and, in the case of the Franke Home, assisted living.

Once the community moved to Mount Pleasant in 1996, it was clear that the Franke Home needed a name that reflected not only its move closer to the coast but also the fact that it was no longer a single home.

“It also represents the Lutheran Homes commitment to the growing demographic of active, 21st-century retirees,” Macfie said. “And, for me personally, I only wish we had more space to expand and serve more people in this community.”

For more information on Franke at Seaside, visit www.frankeatseaside.org or call 843-216-2222.