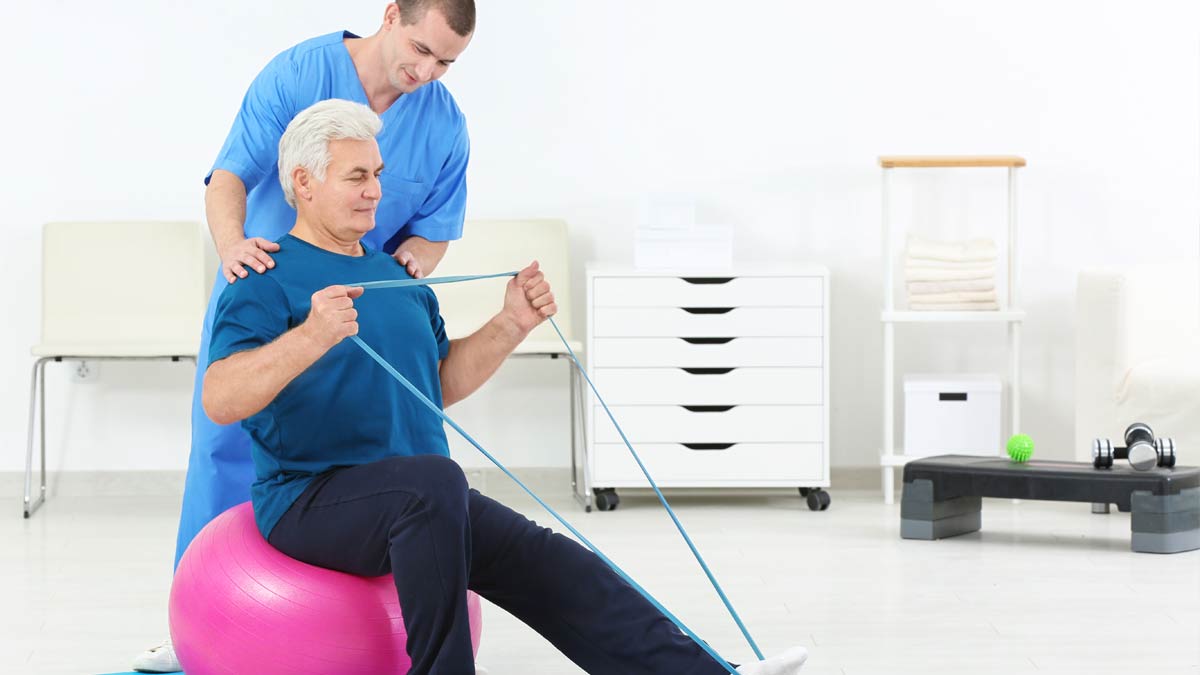 Chris S., a patient with Savannah Grace at the Palms’ Rehab to Home program, had taken a pretty bad fall and fractured his leg.

“He was immobilized and was non-weight-bearing for quite some time,” said Janean Balach, director of rehabilitation with Savannah Grace at the Palms. “He came to us with skin issues from the fall and was extremely confused.”

This was a man who flew from Rhode Island to Charleston a couple times a year on his own. He now wasn’t able to speak well or walk.

With the help of the rehabilitation team at Savannah Grace, Chris S. learned to speak coherently again through the improvements made through orientation and learning to remember how to do certain tasks. He became weight bearing again due to the success of his surgery and the help of the Savannah Grace rehab team, who helped him learn to how to regain strength.

“He calls to check in with us every once in a while,” Balach said. “And he resumed flying back and forth on his own. He said he was now a whole man – meaning that he can walk, drive and function in his community. He was a great success story for us.”

There was also Esther B., who had been hospitalized at a different facility. She was at another short-term rehab facility for several weeks to a month when it was determined she wasn’t making progress and needed to move to a long-term care facility.

“They deemed her as a person who wasn’t making progress, and she came to us to live in our long-term care facility,” Balach said.

Esther B. still had many days left in her Medicare benefit for short-term rehab.

“The family asked us to ‘try’ some rehab and see if she’d participate, and she did with a lot of encouragement,” Balach said. “Eventually, she exhausted her inpatient benefits, and then, through outpatient therapy, she was able to improve to the point that she was discharged from Savannah Grace to an assisted-living facility. This decreased her cost of care and improved her socialization opportunities. Assisted-living facilities require that residents only need the assistance of one person to transfer and/or ambulate.”

Balach said that it was partly the family support that they received and their determination that helped Esther B. to get to where she is today.

“Her success story is one I am quite proud of because it took us all working as a team to help her,” she said.

And that is what Savannah Grace at the Palms’ Rehab to Home program is all about. They treat their patients as individuals and believe in their progress.

“We are truly invested,” Balach said. “In the end, it is up to them to get better, but we provide the guidance they need to succeed.”

At Savannah Grace, they work with each patient on their physical therapy, occupational therapy and speech therapy. Balach said they have a swallowing program that is top-notch and unique to coincide with their speech therapy program.

Balach said that their philosophy is to work on the whole person, not just the specific disciplines that they are seeking help with.

“The goal with rehab is to help the patient return to their prior level of function or very close to it,” she said. “We know that varies with each individual patient.”

As they celebrate their second anniversary with their Rehab to Home program, Balach reflected on why she thinks they have so many success stories.

“It’s our cohesive team here,” she said. “We work so well together supplementing each other’s therapy. We want our patients to be safe and successful. That is what drives us.”