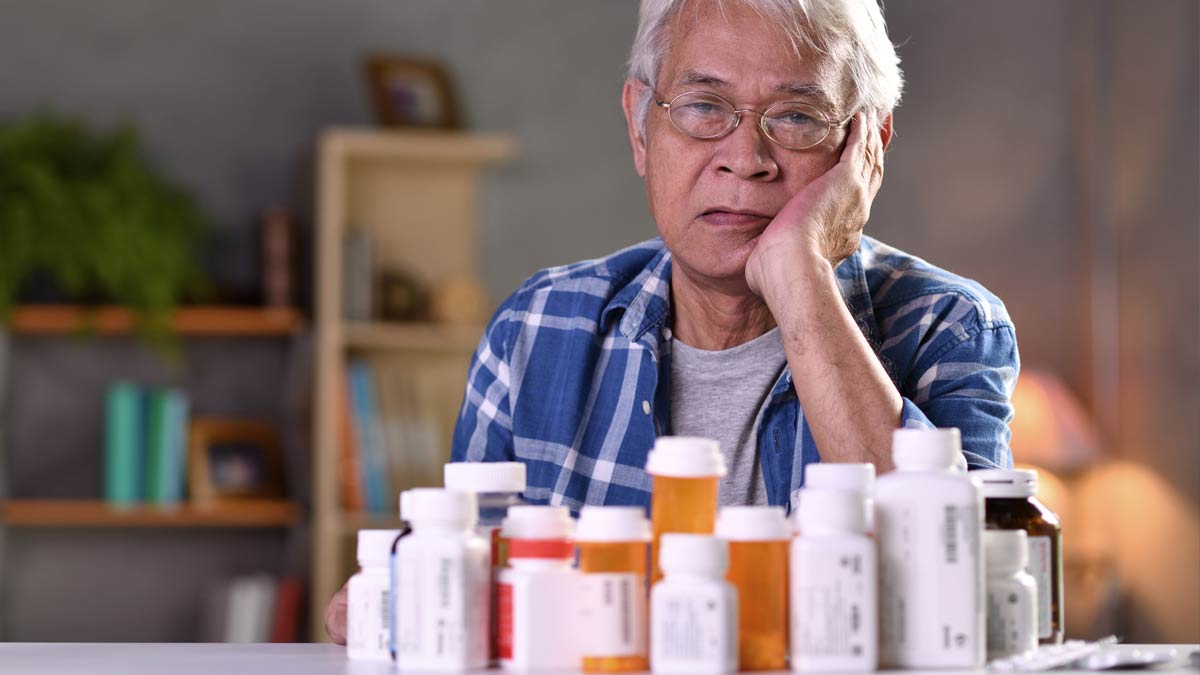 Overmedication, or polypharmacy, as the more technical term is known, can be a problem for some seniors.

Generally, overmedication is considered to be using five or more medications daily, with the possibility that not all of them may be necessary. The reasons for overmedication are numerous and can be as simple as seeing multiple doctors and forgetting to tell them what other medications you are taking.

Mary D. Wise, PharmD, head pharmacist and owner of Herold’s Pharmacy in Charleston, worked in a geriatric clinical rotation in 2007 where the patients were primarily 85 or older, and she recalled that the average patient was probably on 13 medications.

Typically, the more medications you are taking, the greater the risk of side effects among the various pills since some medicines can adversely interact.

Dr. Dominic Mellette, chief pharmacy officer at Carolina Health Centers in Greenwood, said that one reason for overmedication in seniors is that patients don’t keep up with their most current medication list. A doctor may tell them to stop taking a medication, but they forget to update their list.

Both Wise and Dr. Mellette cited medicine duplication as an issue, in which an elderly individual is seeing a primary care provider and various specialists, and none of them are on the same page as to what the other is prescribing, so they prescribe similar medications.

While electronic records usage is improving and becoming more widespread with online medical records systems such as MyChart (MUSC) and Epic (Carolina Health Centers) that make it easier to avoid duplication, not everyone is utilizing these methods yet.

One way seniors can avoid duplication is through a medication reconciliation, sometimes called a “brown bag review,” in which seniors gather their medications and bring them to their pharmacist to check for duplicates or medicines that interact.

Dr. Mellette’s pharmacy is connected to a health center, so they can access and compare a patient’s medical chart when they do a reconciliation.

The consequences of overmedication in seniors can be more severe in part because the elderly do not metabolize the drugs as fast, which could lead to toxicity, Wise explained. Dr. Mellette noted that seniors can be more vulnerable to side effects such as drowsiness and dizziness.

“The elderly population may be more prone to cumulative side effects than the younger population,” he said.

Mixing prescription drugs with over the counter drugs, including vitamins and supplements, can also cause bad reactions.

Wise cautioned that seniors (really this applies to everyone) need to let their pharmacist know everything they are taking to ensure they are not interacting with other medications.

“A lot of OTCs can heavily interact with prescriptions,” she stated. 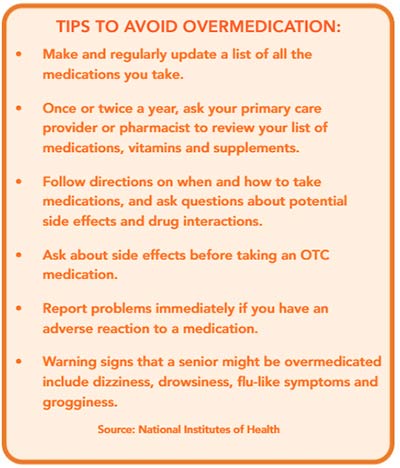 Dr. Mellette referenced Aspirin and Motrin® as examples, which can interact with certain blood thinners. Additionally, some painkillers seniors use to address short-term or chronic pain may interact with Tylenol®.

“People may not think they interact, but they do,” Dr. Mellette emphasized.

Seniors should also ensure that medications are properly secured in their home. People abuse some pills – especially opiates and certain painkillers. To avoid pilfered medications and to prevent children from gaining access to them, Dr. Mellette suggested storing them in a lockbox or in a less conspicuous place than the bathroom, such as an end table or bedroom drawer.

If a senior no longer needs to take a medication, having knowledge of safe pill disposal is important. Since Carolina Health Centers pays a company to dispose of medications, they encourage people to bring their pills in to them. In addition, some sheriff’s offices in South Carolina have a mailbox for discreetly dropping off medications, Dr. Mellette added.

For home disposal, Wise said she advises patients or family members to gather pills and place them in a Ziploc® bag with some used coffee grounds or kitty litter. After the drug is absorbed, the bag can be discarded in the trash.

Both sides play a role in avoiding overmedication. If you are a senior and don’t know why you are taking something, ask your pharmacist or doctor for clarification. Dr. Mellette and Wise recommended that seniors write down a list of their medications and bring them to their doctors, so that Doctor A knows what Doctor B is prescribing for you and vice versa.

It is then a doctor or pharmacist’s job to educate the patients on what they are taking.

“It’s really important to look at the big picture,” stated Wise. “Out of these medications, to see what’s necessary and what’s not.” 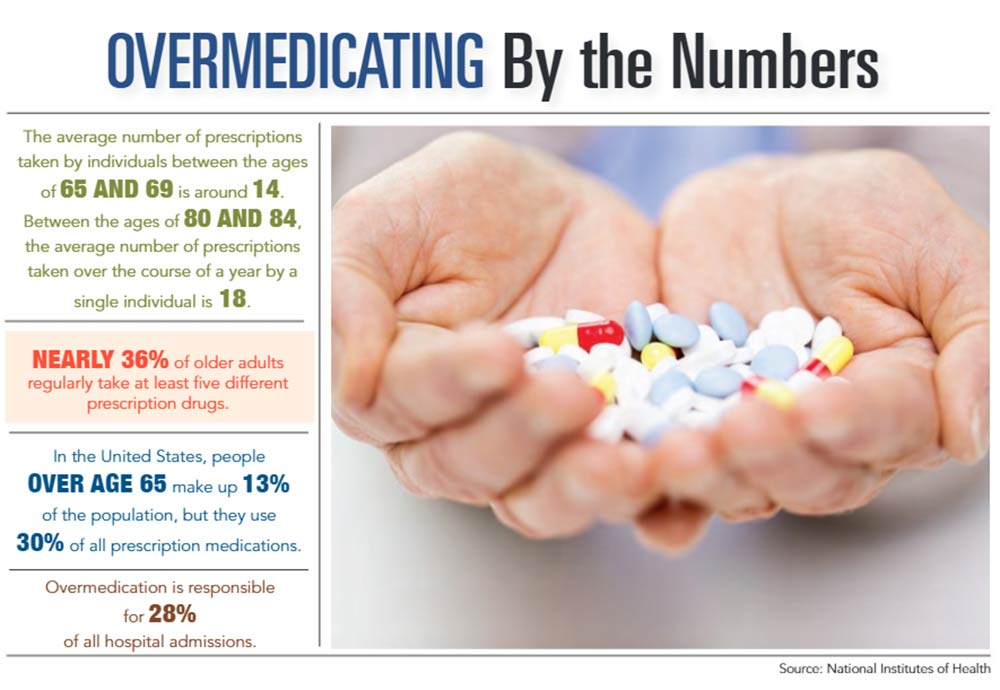