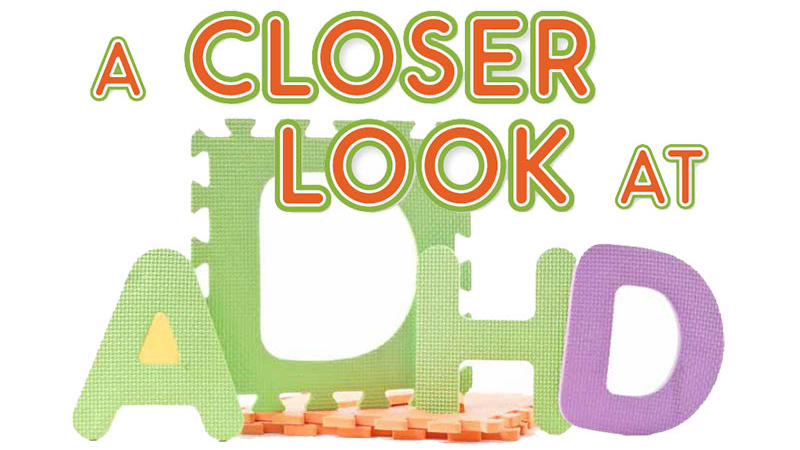 According to the National Center for Disease Statistics, during a three-year period from 2012 to 2014, 14.1 percent of boys 5 to 17 had been diagnosed with ADHD, compared with 6.2 percent of girls in the same age group.

HOW IS IT DIAGNOSED?

Clinicians use a number of standard diagnostic tests to identify children with ADHD. Most commonly, a child’s primary care clinician will initiate an evaluation for any child 4 through 18 with academic or behavioral problems and symptoms of inattention, hyperactivity or impulsivity. Making a diagnosis includes confirming that the child has difficulties in more than one major setting; requesting reports from parents or guardians, teachers or other school and mental health clinicians; excluding any other possible cause for the symptoms; and assessing whether other conditions are present, including anxiety, learning and language disorders and physical conditions such as sleep apnea.

Studies show that a child with ADHD is four times more likely to have a relative who was also diagnosed with attention deficit disorder. It’s no surprise then that many researchers believe that many ADHD cases have a strong genetic basis. Researchers are investigating many different genes, particularly ones involved with dopamine. People with ADHD seem to have lower levels of this chemical in their brain. Research also suggests that some children with ADHD who carry a particular version of a certain gene have thinner brain tissue in areas associated with attention. Happily, research has also shown that as children with this gene grow up, their brain tissue develops to a normal level of thickness, and most ADHD symptoms subside. However, this applies to only one of many genes which may be behind ADHD – a simple DNA test for the ADHD gene appears to be years away.

Nonetheless, genetic testing may help a child diagnosed with ADHD receive the most effective prescriptions possible. In 2015, Tennessee-based Harmonyx introduced a test that examines mutations on four different genes, which, it claims, determine the body’s compatibility with several popular ADHD medications. The company’s $89 cheek-swab test can detect which of several popular ADHD medications, including Adderall, Dexedrine, Ritalin, Strattera and Vyvanse, should be most effective for a given patient.

Critics of Harmonyx testing point out that it only takes about two weeks to determine whether a given ADHD drug will work at a given dosage, so many patients/parents might wish to pocket the $90 and simply wait to see if the first attempted drug is a success.

The neuroimaging technique that has perhaps aroused the most interest recently is SPECT. This 20-minute test measures blood flow within the brain, indicating which brain regions are metabolically active and which are inactive when an individual completes various tasks.

The procedure entails an injection of a radioactive isotope. The patient lies motionless as a camera rotates around his head. Several scans may be required, at a cost that can top $1,000. Each scan exposes the patient to about as much radiation as a single X-ray.

SPECT’s most outspoken advocate is California psychiatrist Dr. Daniel Amen. His four clinics, including one in Atlanta, have performed more than 30,000 SPECT scans of people with various psychiatric problems, including ADHD.

However, “Neuroimaging doesn’t give you a diagnosis,” Dr. Amen admitted. For instance, he explained that while low activity in the prefrontal cortex is typical of ADHD, it can also occur with schizophrenia, dementia and brain injury. Nonetheless, by providing information impossible to obtain from a simple clinical examination, SPECT provides added depth to the diagnosis and helps doctors target treatment.

The Quantitative EEG system (qEEG) is probably the most widely accepted high-tech ADD/ADHD diagnostic. It involves a 15- to 20-minute non-invasive test that calculates the ratio of theta and beta waves – two standard brain-wave frequencies.

The theta/beta ratio has been shown to be higher in children and adolescents with ADHD.

Some brain waves are quick, while some are slow. Alpha waves suggest a fairly idle state and are normally fairly large over the back third of our brains when we’re awake with our eyes closed. When we become mentally engaged, alpha waves normally reduce significantly in size. In their place, smaller, more rapid, beta waves appear.

If alpha waves are still present at a fairly high voltage when a person’s eyes are open, however, this can suggest an inattentive, daydreamy state – the very sort of condition normally seen in adolescents and adults struggling with attention difficulties.

The qEEG exam uses no radiation. A layer of gel is applied to the head to conduct electrical impulses, and the patient dons an electrode-studded cap. For each scan, the patient must remain still for about 20 minutes, and several scans are customary. The cost varies, but $500 to $900 for a full evaluation is not unusual.

Denver-based neuropsychiatrist Dr. Daniel Hoffman uses qEEG to confirm a diagnosis of ADHD and to determine which medication to prescribe.

“About 35 percent of the people we see who were diagnosed with ADD don’t seem to have the neurophysiology for it,” he said. “And most clinical research shows that about the same number don’t respond to stimulants. I think these are the same people.”

While some patients with ADHD symptoms possess this excess of slow waves, others have too much fast-wave activity.

“On the surface, you can’t tell them apart,” Dr. Hoffman said. “They have the same symptoms. qEEG shows the cause of the symptoms.”

By comparing a patient’s qEEG to a database derived from thousands of drug trials, doctors can better predict which ADHD medication will be the most effective.

Where do psychiatrists find themselves regarding ADHD at the dawn of 2017? For now, children suspected of having the disorder will be diagnosed much as they always have been – through a detailed but inescapably surface-level assessment of their behavior. However, the developing high-tech scans and tests now available are increasingly helping to uncover the physiological causes behind a child’s ADHD, thus allowing physicians to save their patients time, money and frustration as they pinpoint the best possible treatment for them, as quickly as possible. For this, many doctors are quite grateful.

“The more I use this, the more I realize I was shooting in the dark without it,” Dr. Hoffman said. 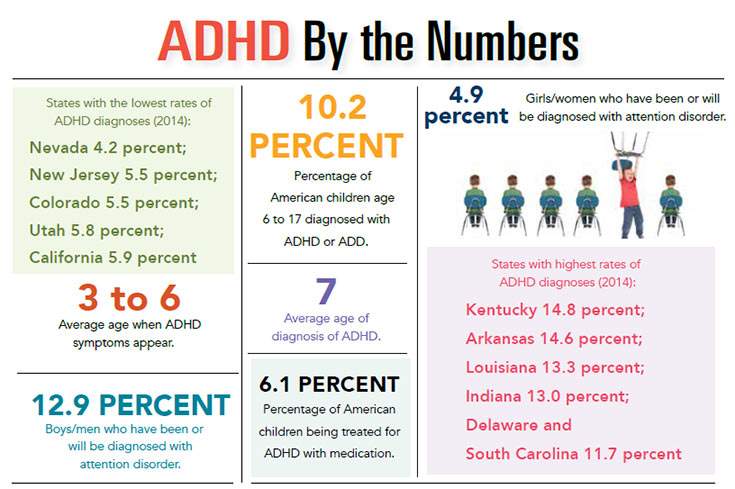