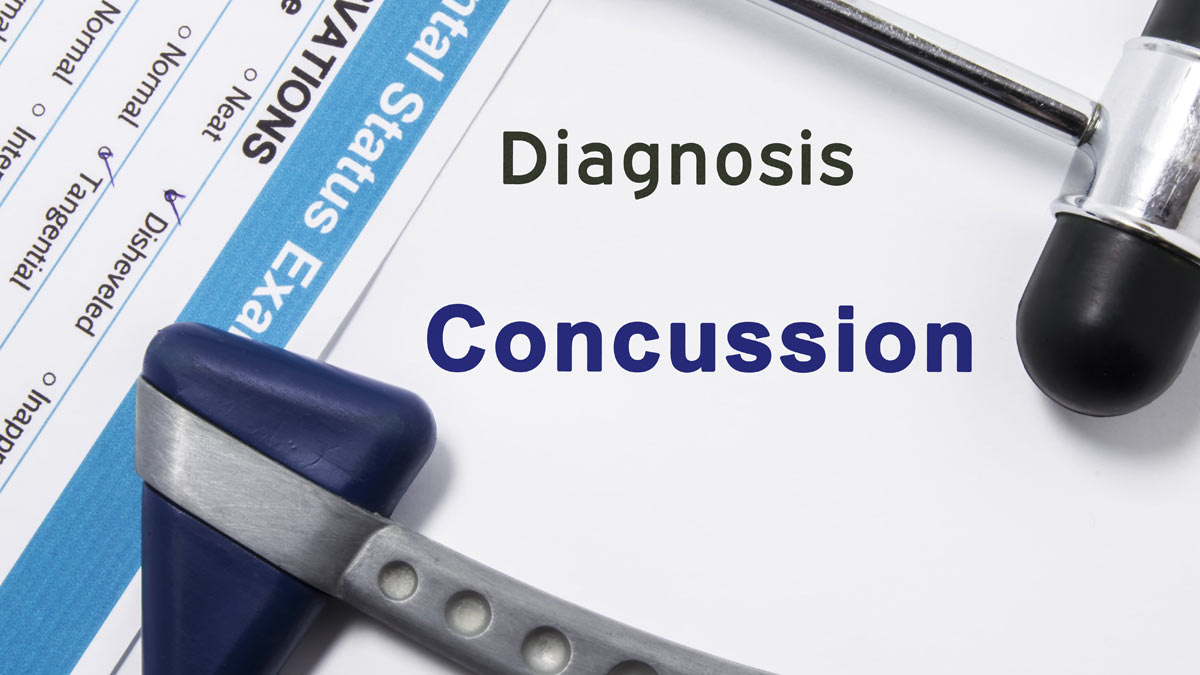 The proverbial bump on the head is a common occurrence among children. Heck, my own children bump their heads every day – sometimes together. But while those small collisions are normal and usually harmless, what happens when our kids get older and start spending their time participating in contact sports such as football, hockey and soccer?

A concussion is a type of mild traumatic brain injury caused by a blow or jolt to the head that can change the way the brain normally works.

“It’s a clinical diagnosis that is based on the athlete’s history, as well as their signs and symptoms,” Dr. Hulvey explained.

There currently is no blood test to diagnose a concussion, and they do not typically require an MRI or CT scan.

Dr. Hulvey said some of the differences between a “bump on the head” and a concussion would include: the athlete being particularly slow to get up or respond, complaining of a headache, dizziness or lightheadedness or observing that their demeanor is not at baseline.

Some additional signs and symptoms that the injury could be a concussion would be vomiting, decline in mental status – confusion/disorientation/difficulty remembering – double vision and, in rare cases, loss of consciousness. Some patients complain of neck pain.

Many coaches and parents may wonder when a child can get back on the field or court following a concussion. Some athletes only have a brief moment to be assessed, but Dr. Hulvey said if there are any signs of a concussion, athletes should not return to play until they are evaluated by a medical professional experienced in sports concussions – usually an athletic trainer or physician.

“No two concussions are exactly the same. The brain heals at its own pace,” Dr. Hulvey said, explaining that the best treatment for a concussion is rest and giving the brain time to heal – even though that is the last thing many athletes want to hear. “Most concussions do not require medications. The best way to heal is with rest and time.”

Can young athletes do anything to help them avoid a concussion? Following the rules and wearing protective equipment certainly would help. The Centers for Disease Control recommends a “Six-step Return to Play Progression.” Dr. Hulvey said athletes should not progress from one step to the next until they show no signs of a concussion. If the symptoms come back or new symptoms appear, the athlete probably needs to stop, rest and return to the previous step the following day. After more rest, the athlete can restart the steps.

Step 1: Back to regular activities such as school.

Step 2: Light aerobic activity that increases an athlete’s heart rate. This means about five to 10 minutes on an exercise bike, walking or light jogging, but no weightlifting.