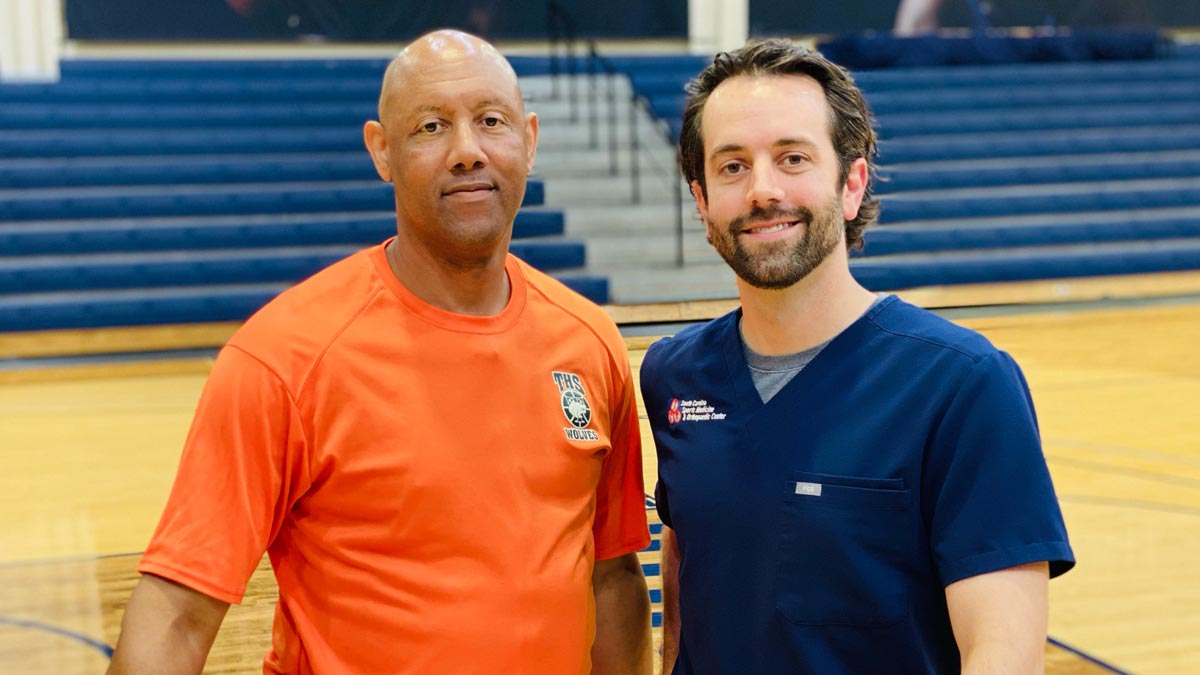 Living with severe back or leg pain can be debilitating and prevent you from having a normal life. In April, Summerville Medical Center launched a minimally invasive spine surgery program designed to deliver state-of-the-art care to Lowcountry residents seeking relief from spinal problems.

Jerome Stewart, a Timberland High School physical education teacher and basketball coach, was the first person to benefit from the new program, and the results thus far have been life-changing.

On Dec. 5, 2020, Stewart started feeling pressure in his thighs, and the pain quickly spread to his back. Everyday activities like putting on pants and socks suddenly became a source of discomfort. Getting into his car would send excruciating shock waves down his back. He had difficulty sleeping. The pain affected his duties as a basketball coach, severely limiting his mobility last season.

“I did a lot of sitting,” recalled Stewart.

Between early December and Feb. 5, Stewart attended physical therapy three times a week and visited his family doctor for X-rays. The physical therapy didn’t bring any relief, so his wife suggested he see an orthopedic surgeon.

Initially, he gave Stewart a pain management injection, which helped, but the pain kept returning, as can sometimes happen.

With an eye toward the future, he opted for surgery, recognizing that “the older you are, the longer it takes for your body to heal.”

Stewart was a good candidate for MIS surgery for several reasons. He is healthy and athletic; the structure of his spine was intact with no instability; and Dr. Schell was able to identify the source of his pain as one offending nerve. He also possessed the right mind-set.

“He wanted to be active, and get back to his life,” stated Dr. Schell.

Stewart scheduled the surgery during Timberland’s spring break. On April 6, Dr. Schell performed minimally invasive lumbar decompression surgery on Stewart. The procedure involves making an incision about the width of a thumb and performing the surgery through a metal tube 18 millimeters in diameter, Dr. Schell explained. The objective is to avoid damaging surrounding soft tissues while still being able to view the nerves. Stewart underwent a discectomy, which entailed removing the part of his lumbar disc that was pressing on a nerve.

Besides some minor hand soreness from the anesthesia IV, Stewart described it as a relatively painless procedure. He arrived at Summerville Medical Center around 6 a.m. and left the hospital around 4:45 p.m.

“The team was so nice,” reflected Stewart of the patient experience, noting that he even encountered one of his former students working there, a person he had taught 25 years ago.

Later, Stewart’s wife marveled: “You had spinal surgery and you walked out the same day.”

That afternoon he wore a back brace, but he felt good, even stopping at PetSmart to buy a harness for one of the German shepherds he raises.

Dr. Schell related that a primary goal of Summerville Medical Center’s MIS surgery program, especially with respect to COVID-19, is to provide people the care they need in the hospital and send them home.

Dr. Schell advises patients to take it easy for about six to eight weeks following spinal surgery and limit what they lift, but he encourages them to go for walks, calling walking the “best thing for patients after surgery.”

Since April 6, Stewart hasn’t needed one day of physical therapy. While everything’s not perfect – he experienced some tingling in his foot recently, although he felt no pain associated with it –he has full range of motion and is back doing routine activities that were daunting before his surgery. He’s cutting grass, driving his vehicle without pain, and he even played basketball in June with no issues. Although Stewart has strict limits on the weight he can lift, his life has improved dramatically. He’s pain-free and sleeping well at night.

“I’m back to where I was before,” proclaimed Stewart. “I’m pretty much back to normal.”

Stewart attended church the week following surgery, surprising his fellow congregants that he was up walking around already.

“Nobody could really believe I had surgery,” he remembered.

Dr. Schell stated that as much as it did for Stewart, MIS surgery could work for almost anyone with leg or lower back pain. The tools and technology utilized at Summerville Medical Center are becoming ever more advanced.

“There is a wide spectrum of what we can do with minimally invasive procedures,” he added. “We’re getting better at treating these problems.”

This type of surgery used to require a nearly week-long hospital stay. Now, people are being released the same day or the next day.

Stewart’s advice to anyone who is suffering chronic back pain and might be a candidate for MIS surgery is to get the procedure done. 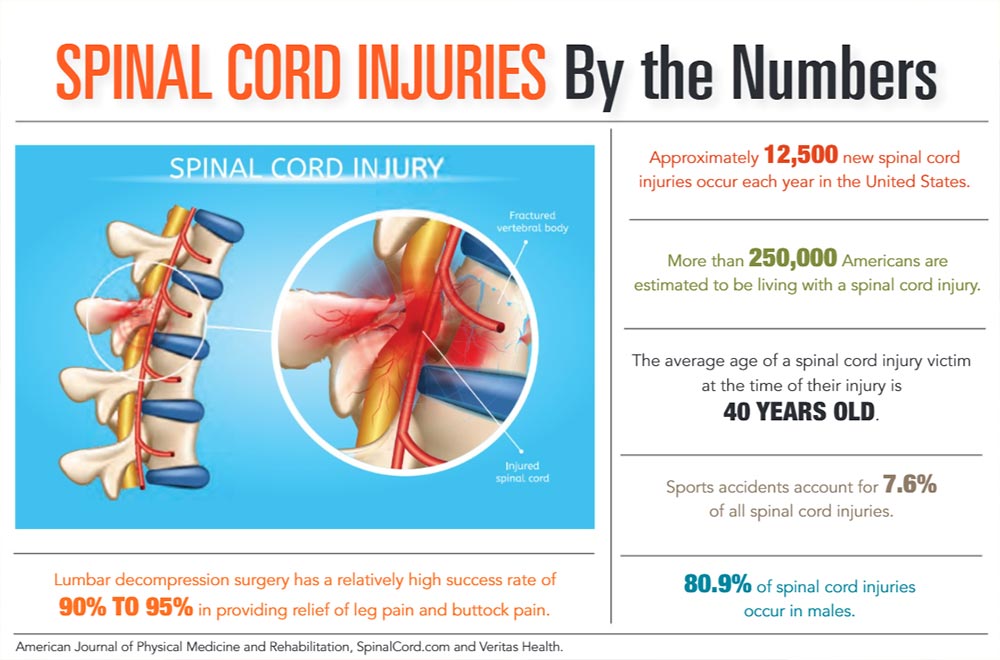