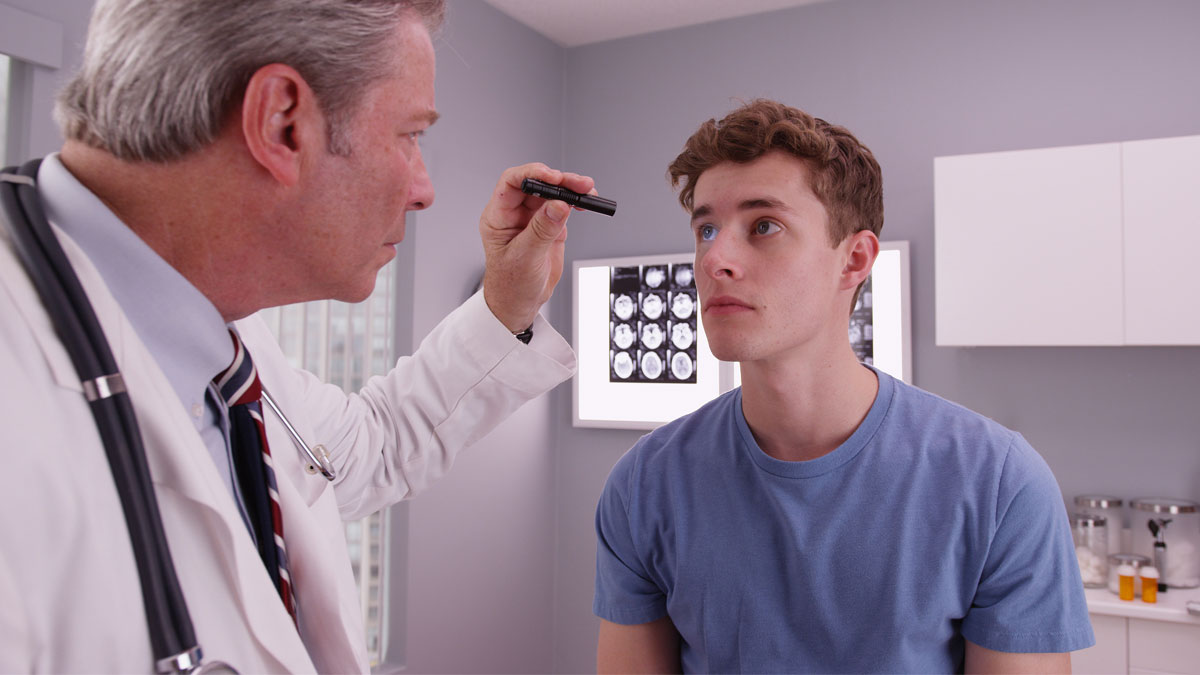 Dr. Andrew McMarlin decided to increase his focus on concussions in his career practice of sports medicine after he was the physician for the major league soccer team in Washington D.C.

“Three of the players had to retire early because they had not recovered properly from concussions,” he said. “Every time they exerted themselves, to even a slight extent, they would get headaches and nausea. It was awful to watch. Of course, that led to depression and other problems for these individuals. Seeing how the brain injury devastated their lives, I knew I had to do something to help people in these situations.”

Dr. McMarlin’s sports medicine practice at Winning Health in Mount Pleasant specializes in traumatic brain injuries and concussion management. He prides himself on staying abreast of all the current treatments and medications for these issues since, as he said, “there are constant improvements through new research.”

He explained that there are different levels of head injuries.

“A car accident injury where someone clearly hits their head on the windshield, for example, would definitely be evaluated right away. But a kid on a playground who falls down and hits their head – it isn’t immediately as clear if that is serious or not.”

Dr. McMarlin warned that there are clear indications of a serious head injury. He mentioned that headaches, regardless of the impact site, are a common symptom. He also said fatigue, nausea, dizziness, vision issues, having a hard time focusing, memory loss, balance difficulty, sleep disorders or issues with anything that the brain controls are signs of a serious head injury and must be evaluated as quickly as possible.

He said that the sooner cognitive rehabilitation begins, the better off the patient will be in the long-term.

“Some people come to us years after the brain injury incident and although we can help them some, the crucial time to minimize the damage is in the weeks following the injury,” he explained.

Dr. McMarlin also pointed out that sometimes symptoms do not appear for up to six to seven days.

“You could have hurt your head on a Friday and not have any issues until Monday. You may not notice any issues until your brain has a higher level of stimulation,” he said. “That is why it is important to be mindful of what the symptoms are for a traumatic brain injury and when to seek help.”

Winning Health, otherwise known as The Concussion Center of Charleston, will do a full assessment, looking at everything from mood and sleep disorders to bowel interruptions and musculoskeletal injuries. Their post-concussion rehabilitation plan is thorough and detailed and, most importantly, individualized to each patient, including, but not limited to, nutrition, exercise, sleep hygiene, balance and oculomotor therapy.

“We look at the whole system, so I guess you could say we are holistic when it comes to our assessment and treatment of concussions,” he said.

Dr. McMarlin, along with his team of athletic trainers, works diligently to get the patient back to work, school or their sport. They specialize in sports-related concussions, but he said that the majority of their patients are the result of falls and car accidents.

“Any forceful impact to the head can cause a concussion and damage to the brain,” he said. “That can happen in a number of ways, certainly not just in sports.”

The Concussion Center of Charleston utilizes the six stages of the Berlin Post-Concussion Return to Play protocol, and they have a post-concussion vestibular therapist on site to help improve patients’ balance and motor control.

Treatments for concussions have come a long way, according to Dr. McMarlin: “I can remember 20 years ago when people were told to go sit in a dark room and that was it. We know now that sitting in a dark room isn’t it. There is so much more that can be done.”