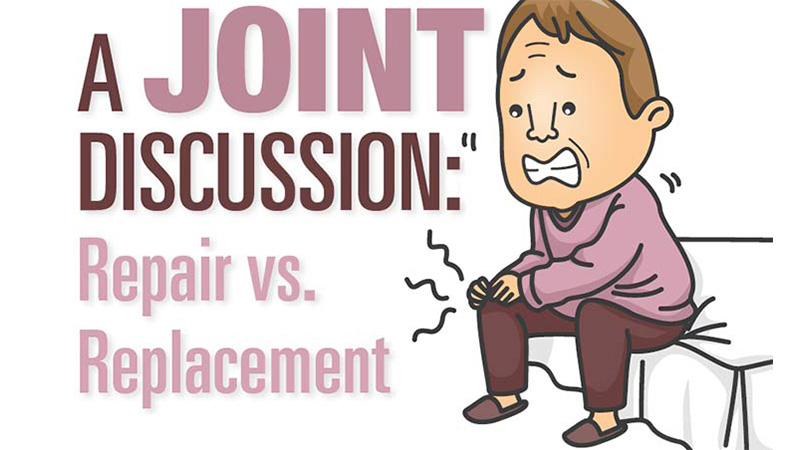 Colette Holmes could barely walk. An active person who is used to being always on the go, the constant pain in her knees changed her quality of life. On the advice of friends and family, Colette decided to undergo knee replacement. She chose Dr. John McCrosson of Charleston Hip & Knee Replacement Center, a Roper St. Francis Physician Partner, saying “he’s the best in town.”

“I’ve done great,” Colette said, admitting that the recovery and rehab has been more painful than she expected.

In spite of that, Colette said her doctor is very pleased with her progress: “At 18 days, they told me I was way ahead of the curve.”

Because she is still early in the healing process, Colette is undecided about having her other knee replaced.

And that made me question whether there were other less dramatic methods of correcting joint pain, something that is apparently inevitable as we age. It seems that almost any joint in the body can be replaced, but any surgery has inherent issues that should be considered. There are other treatments that should be tried before resorting to surgery.

Dr. Andy McMarlin of Winning Health is not only board-certified in sports medicine but an elite athlete who is a volunteer physician for the U.S. Olympic team and the U.S. dragon boat team. He believes there are several non-surgical alternatives. According to Dr. McMarlin, correcting knee pain may be as simple as dropping a few pounds.

“People don’t even need to lose that much weight,” he said. “Or a knee brace might help.”

Other simple remedies that he recommends are:

If these treatments don’t work, Dr. McMarlin suggested targeted injection therapy. He uses musculoskeletal ultrasound to make sure the injection is placed correctly for maximum benefit and minimal pain. He explained that if a doctor does the injections “blindly” without ultrasound guidance, the result may be only temporary or may not relieve the pain at all.

New technology for joint pain includes platelet rich plasma, which is a stem cell attractant. The platelets contain proteins which are instrumental in healing.

When should surgery be considered?

“When you have joint pain, even at rest, and nothing else works,” Dr. McMarlin said.

When all other remedies have failed and constant pain limits your quality of life, it may be time to consider joint surgery. It is considered to be very successful and offers dramatic long-term improvement.

“The success rate for a total hip replacement is 95 percent,” Dr. McCrosson explained.

He said the knee “is more likely to be stiff” at first, adding that the average recovery time is about five months.

Dr. McCrosson said it is important to have realistic expectations about the length of recovery, which varies among patients. Once recovered, patients can expect their new joints to last 10 to 15 years.

“Replacement joints are durable,” he said.

He agreed that joint replacements are on the uptick and said that younger patients are opting for replacement in order to live the actives lives they want.

Who are the best candidates for joint replacement?

“First of all, whether it is hip or knee, are those who have areas of bare bone that is too large to treat by other means,” Dr. McCrosson said, adding “or loss of range of motion, loss of rotation in the hip or pain with activity.”

For Dr. McCrosson, the most gratifying part of joint surgery is seeing his patients return to a pain-free lives that include staying in motion. 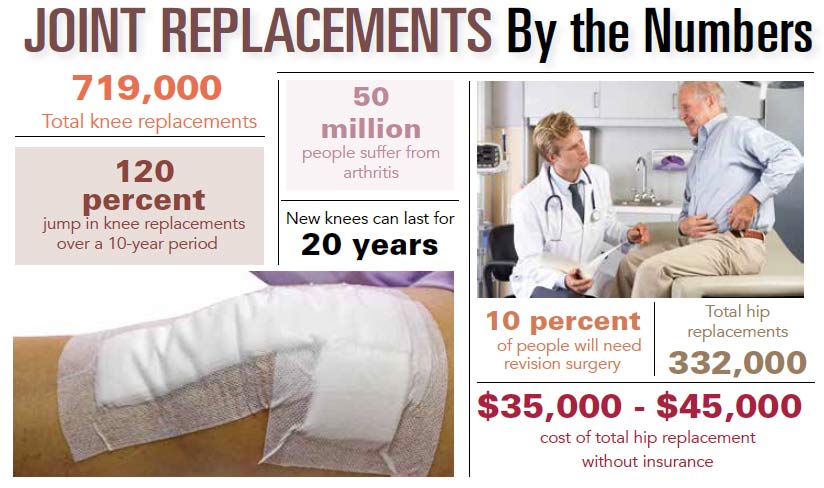