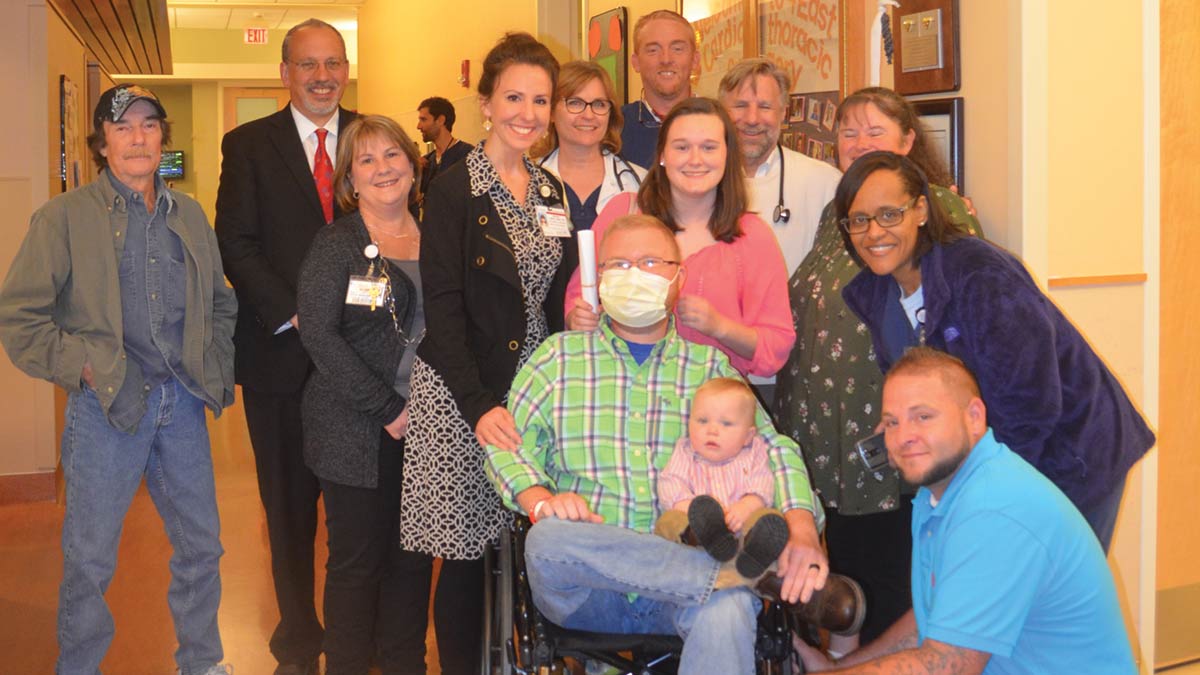 Twenty-five-year-olds normally do not give a second thought to their heart, which beats more than 100,000 a day and 3 billion times over the course of a lifetime.

A man’s heart is approximately the size of a fist and weighs between 10 and 12 ounces. As the heart beats, it pumps the body’s six quarts of blood throughout the circulatory system’s arteries, capillaries and veins. Laid end to end, the circulatory system would stretch close to 60,000 miles. Among the vital functions the heart performs are supplying the body’s organs and tissues with oxygen and nutrients and removing carbon dioxide from the blood.

Daniel Cole is not a normal 25-year-old. His family has a history of heart disease, and, by his mid-20s, his heart had been weakened to the point where it was no longer strong enough to sustain his life. To further complicate matters, he also has muscular dystrophy. The combination of these two conditions would make it unlikely that he would be a candidate for a heart transplant.

By April of 2017, his condition was extremely bleak; his heart and organs began to shut down. He was rushed from Florence to the Medical University of South Carolina in Charleston. The decision was made to insert a mechanical heart pump, known as a left ventricular assist device (LVAD), to help the heart pump his blood more efficiently. The surgery is considered a bridge therapy, and it can make the difference between life and death, often giving patients precious additional time.

Following the LVAD surgery, Cole remained in the hospital and began rehabilitation, making what his cardiologist called remarkable progress. In fact, he did so well that he became a candidate for a heart transplant. 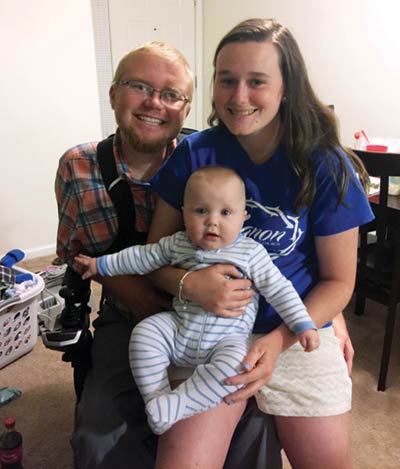 “I consider it a miracle that the Lord gave me my strength back after the LVAD so I could even be considered for a heart transplant,” he said.

On Aug. 19, a donor heart was located and the transplant surgery was performed. Complications arose, however, shortly after the transplant, because the right ventricle of his new heart was not working properly. The following day, his doctors made the decision to insert a right ventricular assist device (RVAD) to help his new heart pump his blood more efficiently to the pulmonary artery.

Following his heart transplant, he remained in the intensive care unit and continued his recovery at MUSC for the next two months. During that time, weekly heart catheters, biopsies and blood work were performed to ensure that he did not reject his donor heart. By mid-October, he was released from the hospital and was able to return home to his family in Florence. He recently exited the “red zone” regarding organ rejection, and, going forward, he will be tested monthly until he celebrates the one-year anniversary of his transplant.

Before his lifesaving surgery, his stamina was almost nonexistent. Since the transplant, however, his stamina has steadily improved, and he said he feels “awesome.” The heart transplant has given him a new lease on life. He and his wife, Lindsay, recently celebrated the first birthday of their son, Noah. Daniel looks forward to continuing to build his stamina as he tries to keep up with his son over the next few years.

Cardiologist Dr. Thomas DiSalvo of MUSC was extremely impressed by his patient.

“For those of us privileged to help care for Mr. Cole, we learned an object lesson in courage, resilience and faith in life. He was simply amazing throughout his arduous course – positive, optimistic, kind, always with a word of encouragement to his doctors and nurses, always with a smile and a joke. Without his positive attitude, he would not have recovered as quickly and completely as he did,” he said.

With a new lease on life and a young son, Daniel Cole has a great deal to be thankful for.

“If it wasn’t for God, my doctors and my donor, I would not be here. I would like to thank everyone who is a registered organ donor because it saved my life and brought joy out of tragedy,” Cole said.

Daniel’s story teaches us all just how precious the gift of life is and the importance of a positive attitude.