A hernia is a relatively common medical issue that might or might not call for surgery but could quickly develop into an emergency that requires an immediate trip to the nearest hospital.

Essentially, a hernia is the result of an organ or fatty tissue squeezing through a weak spot in muscle or connective tissue. Most of the time, people are either born with this condition or it develops from a previous surgery, according to Richard Steadman III, M.D., a general surgeon with East Cooper Medical Group. He added that it’s also possible for people to develop hernias as they age.

Dr. Steadman pointed out that there are basically two ways to deal with a hernia: watching it to see if it changes over time or surgery. With the first option, a hernia truss that puts pressure on the affected area has the potential to relieve some of the symptoms, which include pain, discomfort and visible bulging. If that doesn’t work, surgery might be the best way to go.

“It’s not necessary for everyone, but hernias won’t get better without surgery,” Dr. Steadman said. “It’s usually a good idea to be evaluated by a surgeon to see if that is a good option.”

If surgery is required, Dr. Steadman is one of the few doctors currently using the extended totally extraperitoneal repair technique, or eTEP. Using this method, a surgeon can close and repair the hernia without having to enter the abdomen. He pointed out that eTEP is even more effective when he does it robotically.

He added that eTEP is not the best way to perform surgery on all hernias.

“It depends on the hernia. We treat everyone as an individual,” he said. “It depends on the location and the size. It’s best with moderate to larger sized hernias that are centrally located – usually umbilical.”

Dr. Steadman explained that there are several types of hernias. For example, an umbilical hernia, which often grows larger with time, occurs when a part of the small intestine passes through the wall of the abdomen near the belly button, while a hiatal hernia is when the upper part of the stomach squeezes through an opening in the diaphragm. A femoral hernia, which is most common in women, is the result of the intestine entering the canal that carries the femoral artery to the upper thigh. An inguinal hernia, in the groin area, is sometimes the result of an injury caused by lifting a heavy object, Dr. Steadman said. With a ventral hernia, part of the intestine pushes through a layer of muscle in the abdominal wall.

A hernia can be a minor issue, but it also can be a major problem if strangulation is involved, cutting off blood flow to the intestines.

“If it’s stuck there where it can’t be pushed back in, that would be an emergency,” Dr. Steadman explained. “In that case, you should go to the emergency room immediately.”

He said you shouldn’t delay your trip to the hospital if you suddenly feel intense pain, along with nausea and vomiting. Another sign that immediate medical care is necessary might be redness or tenderness around the hernia. Dr. Steadman pointed out that problems other than a hernia could cause these same symptoms.

“A doctor usually can tell with a physical examination or a CT scan,” he said, adding that in rare cases, patients might not be aware that their pain and suffering are caused by a hernia.

Dr. Steadman said hernias aren’t necessarily hereditary, but he added that “they do run in families sometimes.” He said risk factors include being overweight, increased physical exertion, a chronic cough or prior abdominal surgery, adding that hernias do not appear to be more common among any specific group of people. 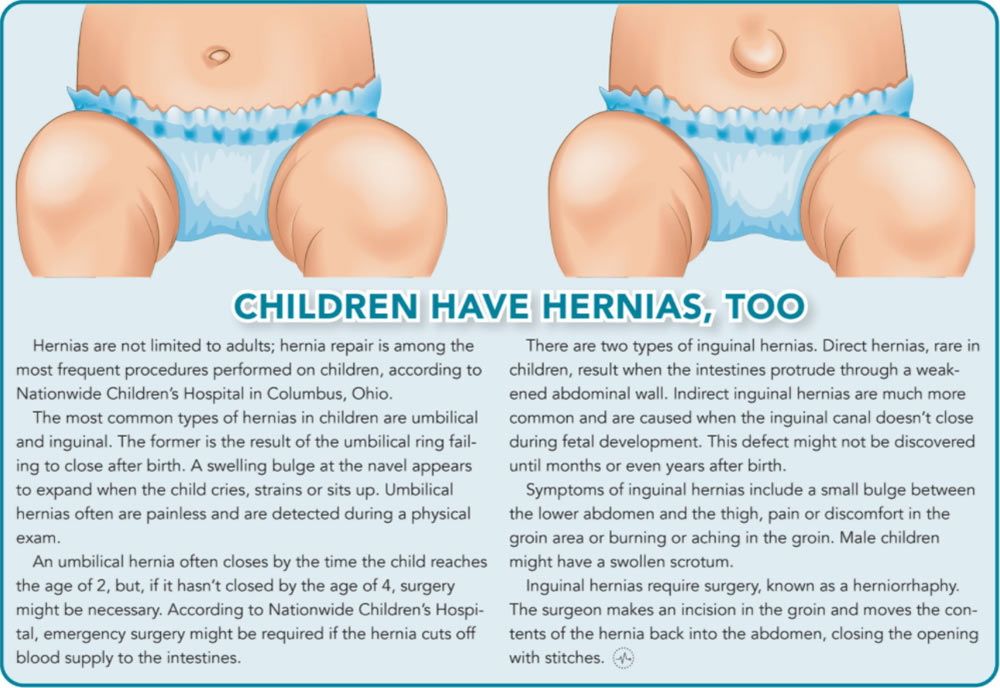 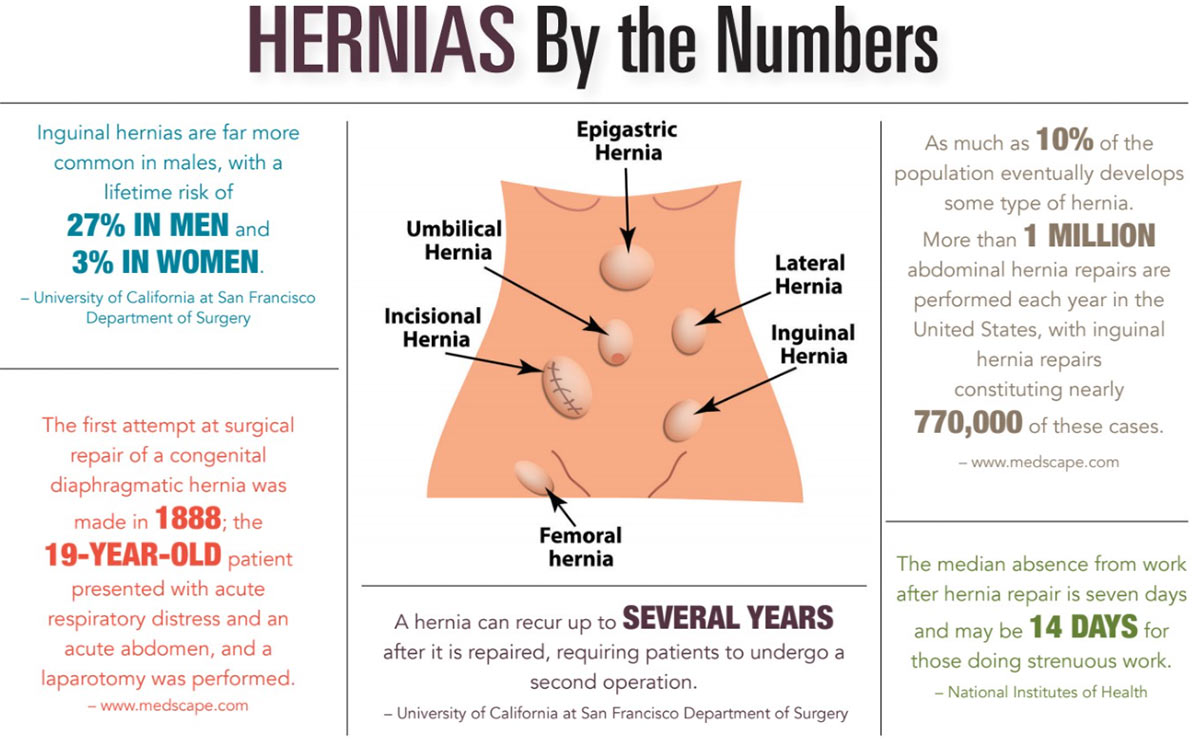