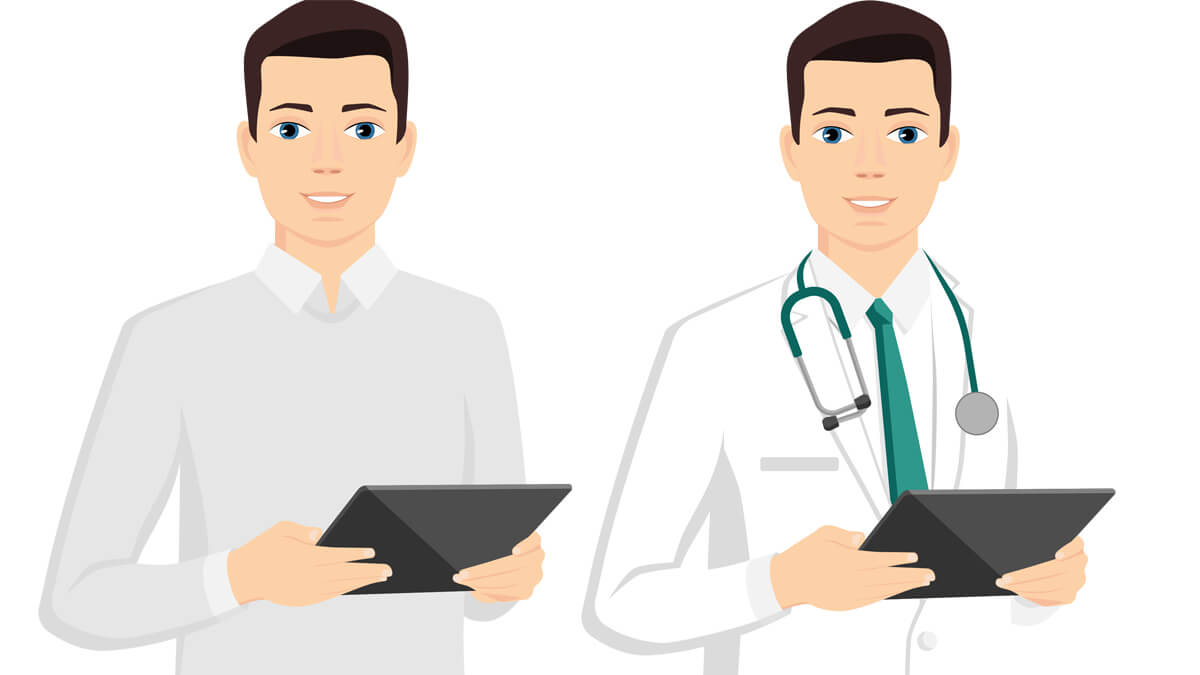 Ever wonder whether you got better medical care if your doctor wore a traditional white coat or more casual attire? The editors at the Journal of the American Medical Association did.

The Journal recently released a nearly 20-page dissertation on the subject. Breaking down respondents by age, sex, race, income and educational level, JAMA researchers arrived at a startling conclusion: It depends.

Perhaps it’s worthwhile to consider how the iconic white jacket became the norm for anyone with an M.D. after his or her name. It all dates to the 19th century, when many practitioners had shaky credentials and almost all treated patients wearing the same togs they wore while slopping the hogs or plowing the north 40.

Then two things happened. First, medical schools with better training and more valuable degrees emerged. Then, the concept of antisepsis arrived. As the JAMA study authors note, a crisp white jacket was introduced “as a symbol of cleanliness, scientific achievement and professional responsibility.” Pretty soon, there wasn’t a doctor worthy of the title who would dream of seeing a patient without one. It’s rumored that some physicians wore them even on the golf course!

Then, long about the 1960s, the white coat standard began to erode. Some physicians thought the white jacket was a bit off-putting, maybe even frightening, to nervous patients. The casual attire movement grew until many practitioners were showing up for work in the same attire they wore while doing their taxes or cleaning out the garage.

Did that rising tide of jeans and J. Crew make a difference? Did patients trust and respect their doctors more or less than when they all dressed like Hippocratic ice cream vendors?

The JAMA study concluded that it did! Doctors in casual attire were perceived by some as less professional and experienced than their white-coated counterparts. For female physicians, results were often even worse. Without that white jacket, some patients didn’t believe they were doctors at all!

I never did a study on the subject, but, back while still a student, I needed to visit a strange hospital – as an uninvited guest, mind you, not as a patient. To help talk my way past the hospital’s gatekeepers, I donned a white coat from Goodwill, stopped at a shop to have a “Dr. Duke” nameplate made up, grabbed an old satchel and strode through the big main door.

The security guard barely looked up at me as he muttered “G’morning.” The nurse at the front desk chirped “Good morning, doctor!” The elevator was filled with fresh towels and linens and nobody gave me a second look.

I got off at the floor I wanted, and, before I’d walked 10 feet, a harried nurse rushed by, thrusting a folder into my hands with a brusque, “Here are your charts. You’re late for rounds.”

As soon as the coast was clear, I put the charts back where they belonged, ducked into the rest room, stuffed the white jacket in my satchel and proceeded to my destination, which was not the operating room.

I don’t know why that other doctor was so late for rounds. Maybe his white jacket never made it back from the dry cleaner’s. Or his chinos and rugby shirt were still in the wash.