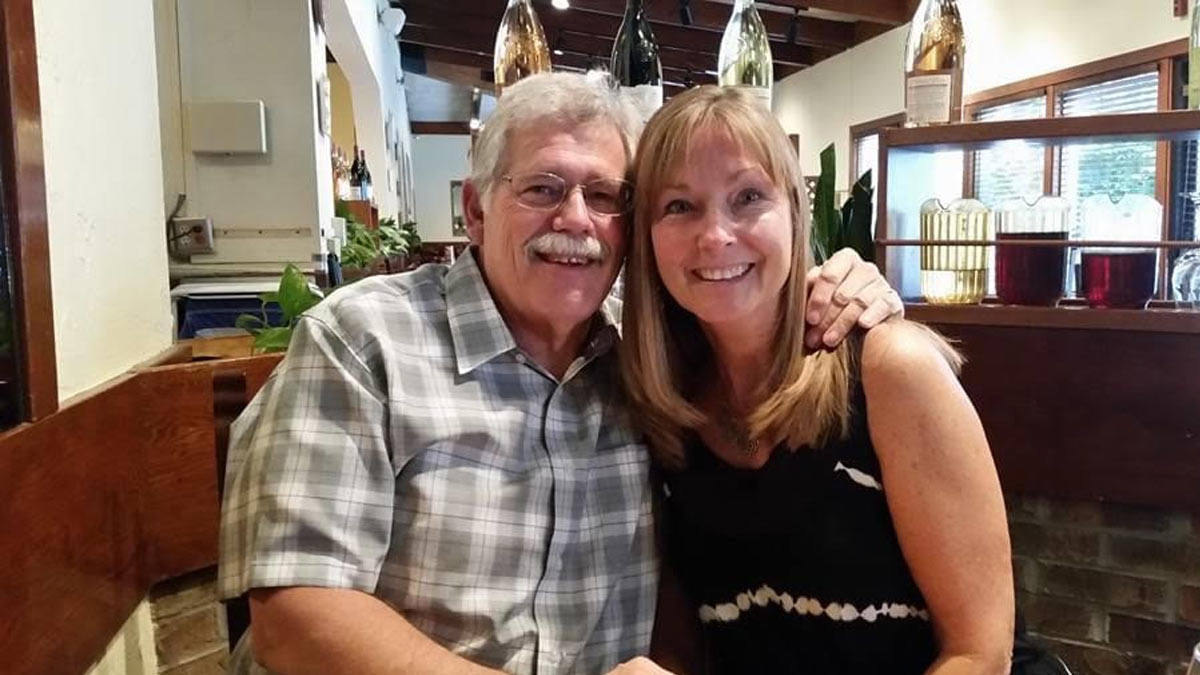 When Randy Lacy traveled to the Lowcountry in March 2019 to help his son, Thornton, renovate part of his McClellanville home, he didn’t expect to become exhausted after working a mere 20 minutes. Though he tried to push away worrisome thoughts, Randy realized he was having chest pain and discomfort in addition to fatigue. He came home to Tennessee that Sunday and shared the experience with his wife, Ann, who urged him to go to the emergency room. But Randy refused.

“I told her no — our granddaughter was visiting, and I didn’t want to spend hours doing that,” he said. “But the next day, even though I felt better, I went to our family doctor.”

The decision to visit his physician on Monday, as it turned out, was lifesaving. Though Randy had already made a cardiologist appointment for Wednesday, he found out some dire news on Tuesday when the doctor phoned with his blood work results. After asking Randy if he “was sitting down,” the doctor reported that the tests had come back showing blasts, a common sign of leukemia.

After that, the rest of the week changed quickly. Randy and his wife had planned a getaway to Daytona Beach, but it was soon canceled. On Thursday, an oncologist, recommended by the family doctor, performed a bone marrow biopsy on Randy. After falling asleep at the end of the appointment, Randy woke up and was told he had acute myeloid leukemia. The beach trip was definitely off, and he’d need to begin treatment right away.

“The cancer had only been active two weeks – since visiting my son,” he said. “I was fortunate. I would not have survived if our family doctor hadn’t been persistent and if the oncologist had sent off my biopsy, rather than evaluating it in her office.”

Randy’s chemotherapy started right away: 30 days of treatments – and his wife stayed by his side the whole time. After the first round of chemotherapy ended, remission was short-lived and a decision needed to be made — whether to continue chemotherapy at home in Johnson City or consider a bone marrow transplant in Charleston. Because Thornton had proclaimed the Hollings Cancer Center as “one of the best in the world,” and because the Lacys had their son in the Lowcountry for support, they decided to risk the transplant. With their unwavering faith in God and the support of their community, Randy and Ann felt buoyed by hope, despite the possibility that Randy wouldn’t survive.

“I’m not sure Dad would have sought treatment outside of Tennessee had I not been living here [in Charleston],” said Thornton. “I work for a barrier island called Dewees Island, and I’ve met many great people throughout my time working there, including Dr. Peter Cotton, who reached out to Dr. Robert Stuart at Hollings the same day I told him about the situation my family was in.”

To find the ideal bone marrow match, Randy’s children and siblings were all tested. His brother, David Lacy, turned out to be a perfect match and the miracle was not lost on the family – David had been born 18 years after Randy, after their mother had attempted to tie her tubes. On July 12, 2019, the Lacy brothers made the trek to Charleston for the transplant.

“I had supreme confidence that I was his match and everything would work out,” said David. “I never felt worried for him or myself.”

“The process was fairly simple,” he continued. “It took two days and 11 hours total. It made my bones ache, like having the flu. I was kept comfortable but unable to get out of bed – my wife had to hand-feed me. The aches lasted a few days, but, within weeks, I was myself again. It was a small price to pay, considering what Randy had been through and was facing.”

Fortunately, the procedure went well, and Randy’s latest biopsy continues to show no mutations or cancer. A period of 114 days after the transplant was spent at the Hope Lodge in downtown Charleston, just a few blocks from Hollings Cancer Center. Those weeks, according to Ann, were flooded with cheer the entire time. About 50 cards from family, friends and church members in Johnson City arrived each day, as well as hot meals every Monday through Thursday and community members dropping by with gifts, crafts and well wishes.

“The support we got was amazing,” said Ann. “I was surprised. We are from a small town, and Charleston is a big city to us. But everyone was so giving and gracious.”

“Charleston is a wonderful place,” Thornton echoed. “It’s the place I’ve called home for the last 13 years, but I had no idea the impact that being here would have on our family. A big thank you from the bottom of my heart goes out to every nurse, doctor, technician and everyone at MUSC and Hollings for saving my dad’s life.”

As of press time, Randy and Ann Lacy are still quarantining for safety, but they’ve been able to take advantage of the great outdoors thanks to camping trips and adventures in their mobile home. Although Randy still feels tired a lot, he’s happy and grateful to have the worst behind him.

“I’ve learned to give thanks every single day,” he said. “I’ve learned everyone has a time they’re going to die, and it’s different for all of us. And you’d better live every day like it could happen today.”

“I think our whole family is closer because of this,” David mused. “This gave us a new perspective on our lives and a new appreciation for each other.”