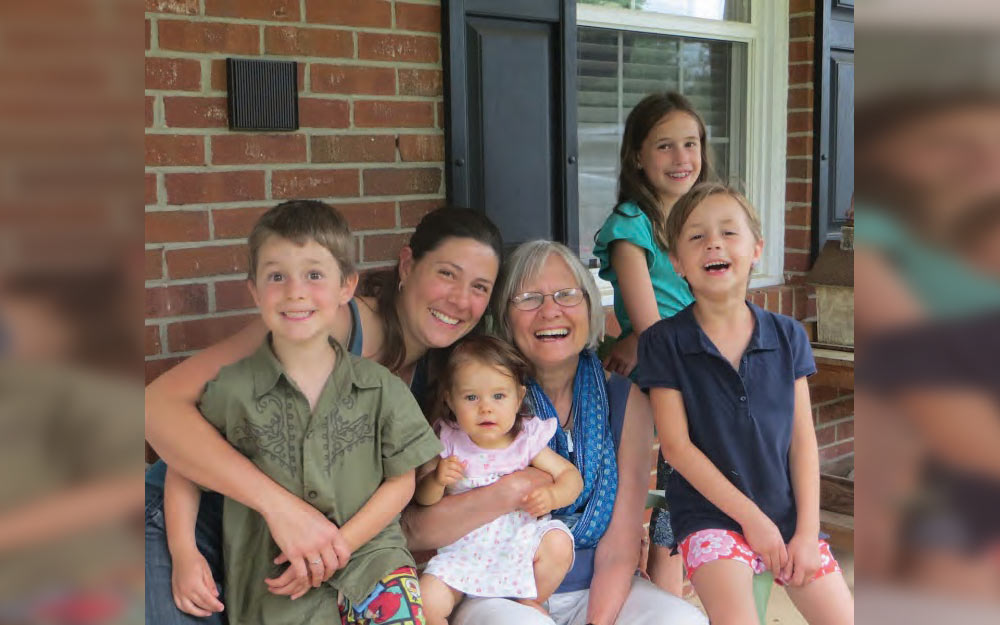 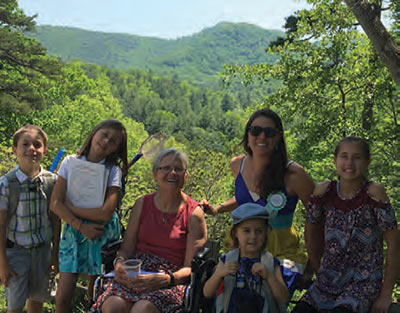 When Michelle Carpenter decided to let her mother, Rosemary, move in six years ago, she found herself reflecting on the past and imagining the future – in essence, visualizing her entire family tree. As a member of the “sandwich generation,” the term for an adult who cares for both young children and aging parents, Michelle gave birth to her youngest child months before her own mother became a resident of the household.

At first, having Rosemary around was quite helpful – she was “emotional support” Michelle said, though she’d been diagnosed with a degenerative neurological condition similar to Parkinson’s disease. With the help of a cane, Rosemary could still get around the house adequately, help out with the children and occasionally babysit. Watching her mother shepherd the kids through activities, Michelle even learned to be a bit more relaxed as a parent. Of course, boundaries were still important, which her mother helped reinforce. 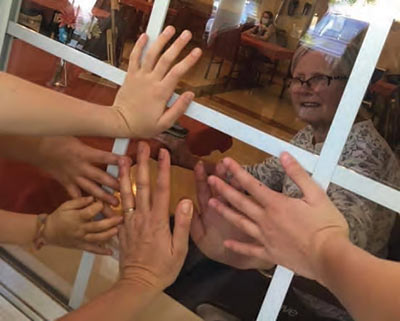 “When you have four small children, rules are important,” Michelle said, chuckling. “At the dinner table, for example, my mother said no one was allowed to repeat themselves more than three times. My kids got the point. And while she still could, Mom would do crafts with them because she’s crafty. I hate messes, so, if the kids asked me to get stuff out to bake cookies, for example, I would soon be ready to give up, clean up and stop. But Mom would say, ‘that’s fine to make a mess.’ So I learned from her it’s OK to make a mess – you just clean it up afterward.”

As Rosemary’s disease progressed, however, Michelle began shouldering more of everyone’s care. She watched her young children learn to take more initiative in life while her mother was starting to need more assistance.

“As she progressed through the disease, it was interesting and devastating at the same time – watching my youngest child learn how to walk or crawl but seeing my mother lose her ability to walk and speak clearly. She was losing those skills, and my child was gaining them,” she mused. 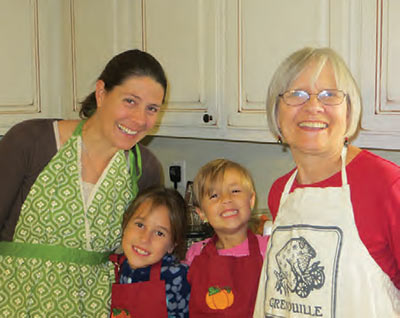 “One thing that stands out in my mind that illustrates me being in the sandwich generation is when we went to a 5K as a whole family. We had a walker on wheels and a stroller, both shoved into my minivan. That was when my mom could still walk. Later, it would become a wheelchair and a scooter.”

Despite the hardships, Michelle feels that caring for her mother transformed her children into more open-minded individuals who are compassionate toward people suffering illnesses or disabilities. Best of all, they know how to pick up the slack around the household.

“My older kids are now 13, 12 and 10, and all three can cook a meal by themselves,” she pointed out. “They can do laundry. They are independent. I regularly say to them, ‘I need your help. You need to help me like I am helping Gram.’ They are also much more comfortable with disabled people – people in wheelchairs, people who have speech issues, any disability. They look at them in a different way than most people their age do.” 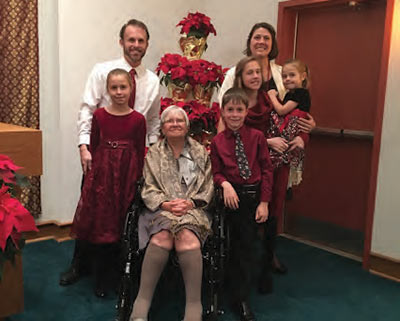 Michelle’s husband, David, was also “instrumental” in supporting the shifting family dynamic, agreeing to renovate two bedrooms in the house and give Rosemary the master bedroom.

“It’s funny. When my husband and I got married 15 years ago, we learned that we are both naturally the caretakers in our families. And he has been so supportive,” she said.

Shortly before COVID-19 changed the definition of reality for just about everyone, Michelle made the decision to place her mother in assisted living for the kind of care they couldn’t give her at home. It was difficult – even the kids missed having Gram around.

“While this disease is frustrating and debilitating, it has been a blessing,” Michelle said. “I grew up in Arkansas. Mom would have stayed there, and we would have hardly seen her. Instead, my kids had the chance to grow up with her. When she moved to assisted living, my 6-year-old asked, ‘How will Gram tuck me in?’ She could not conceive of not having her there.”

The Carpenter family was diligent in helping Rosemary feel connected to her loved ones as much as possible during the quarantine. Virtual communication and requisite window visits kept everyone in touch. Even though Michelle confessed she and her family aren’t usually “big huggers,” they missed being able to readily dole out hugs.

“Before COVID hit, I was visiting Mom three times a week,” she said. “I hugged her every other day. Then between March 11 and Nov. 16, I was not able to hug her.”

When this article was written, Michelle and the rest of the family had just “stolen” some cherished time with Rosemary at the dentist’s office.

“Even though we couldn’t pick her up and take her, we waited at the dentist’s office and hugged her,” she said. “We all drove from across town – my husband, my sister. I couldn’t let go of her, and she wouldn’t let my hand go. It was so wonderful but so hard.”

“I love that my kids saw me care for my mother,” she continued. “There were times I could not help them with a school project because I was helping my mother. I love that my children saw that – the act of sacrifice – because that’s how you show love.”