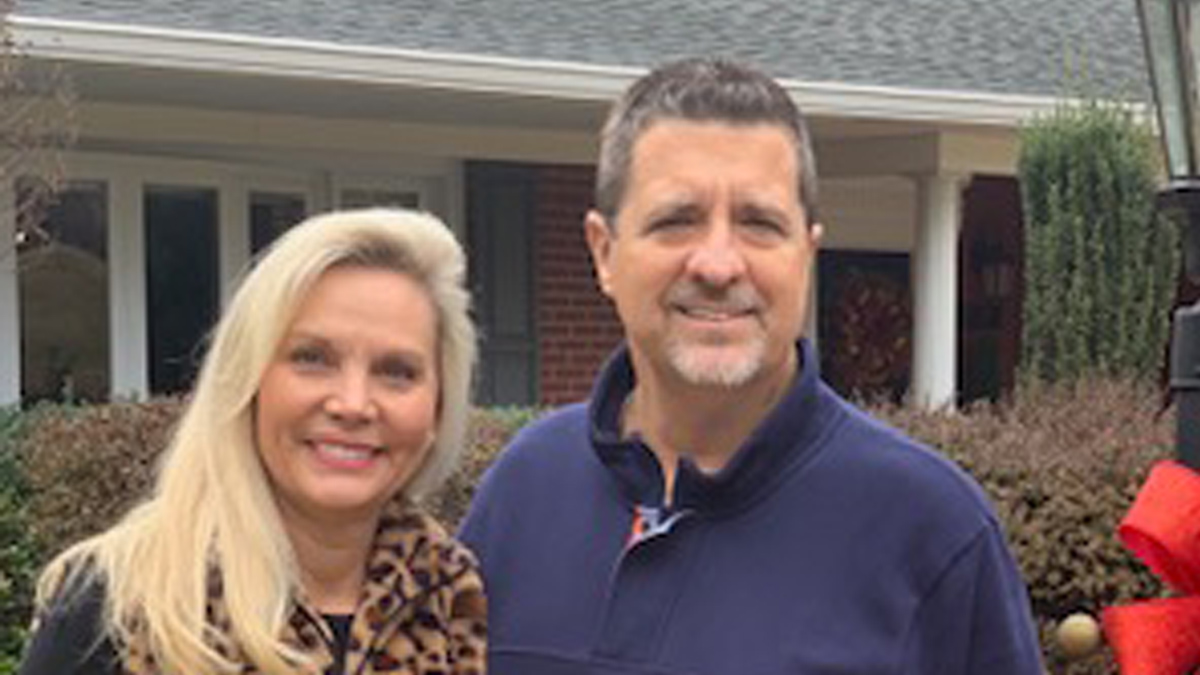 Every year, on Oct. 30, Tom and Susan Chester privately celebrate” Kidneyversary,” the day three years ago that Susan gave her husband one of her kidneys so he could say goodbye to dialysis and enjoy a life with a kidney that wasn’t deteriorating day by day.

For 15 years, Tom knew he had polycystic kidney disease, a condition where clusters of cysts develop within the kidneys and cause them to enlarge and lose function over time. He had lived through the pain and discomfort associated with the diving health of his kidneys as they went from 80% functioning to a mere 12%.

“A healthy kidney should be about the size of your fist,” Susan explained. “When doctors took out one of Tom’s to make room for the donated kidney, it was the size of an NFL football.”

Before Susan, 52, and Tom, 53, agreed to share their story, they confirmed that without tribute to God, there was no story to tell.

“This incredible story should not be about us. This is a story about God, the power He has and our belief that He was powerful enough to take the lead and remain with us at all times,”
Susan explained.

From the time Tom was diagnosed and from Kidneyversary to Kidneyversary, the couple can trace specific moments when God assured them that they were not alone.

“The assurances start back when I was diagnosed,” Tom said. “I had hypertension and the doctor said we could look for three things to get rid of it. He was thorough. I had a lot of tests done and they scanned my arteries.”

Before he was officially diagnosed, Tom remembers talking to a friend at church who had bone cancer. Tom was impressed by the friend’s outlook, which was to ask, “How can I serve the Lord through this?”

When test results confirmed that Tom had PKD, his immediate response was a smile and the question, “How can I serve the Lord through this?”

“People come into your life for a season and a reason,” Tom said. “I knew the reason the church member said that. It was definitely the first of many God moments.”

As the couple traveled for tests and to see specialists, “My God, My Savior” by Aaron Shust  kept popping up on the radio.

Susan, a retired school teacher, was talking to a young colleague – “one of the strongest Christian woman I know” – who told her about Mark Batterson’s book, “The Circle Maker.”

“I read it and it changed my prayer life forever. ‘This was my reason,’ I thought. I did a Bible study on it and soon, members circled us in prayer throughout the long and arduous journey,” she said.

Susan “had every test possible” done to see if she could be a match and donate her kidney. A strong believer, her mother, told her, “The likelihood of you being a match is so rare. Please don’t get your hopes up.”

“But I told her I strongly disagreed,” Susan said. “I knew I would be. God gave me the peace of knowing that and I was.”

Indeed, Susan had four of the six markers that confirmed she was a match.

Prior to the transplant, which was performed at Charlotte Medical Center, Tom had to get every vaccine offered. He was at the health department getting several vaccines on the day Susan learned she was a match. And there, in the waiting room, God’s assurance shined through, he said.

“The nurse giving me the vaccines said, ‘Do you mind me asking why you are having so many vaccines at one time,’” Tom explained. “I told her that I hoped to have a transplant.”

“Do you have a donor?” the woman asked.

She sat next to him and prayed over him and then said, “When you go home, tell your wife she is the match.”

“At the same time that I got a call at my school to tell me I was a match and I could donate my kidney to Tom, he was having this experience at the health department,” Susan said. “God was there.”

Susan quickly discovered that being a donor involves so much more than the actual transplant surgery.

“I had my own transplant coordinator to connect me to people who could help me with the physical and psychological journey,” she explained. “I met with a psychiatrist. A lot of times, people are forced to be a donor. I needed to confirm that I was not forced.”

Susan and Tom are the first to admit that they are playfully competitive. So it should be of no surprise that the day before their surgeries, they set up a little competition to see who would recover well enough to show up first in the other person’s room.

“Removal is a whole lot worse than receiving a kidney,” Tom said. “Within minutes, my new kidney started to work. I knew I could win the competition, but I wanted her to, so I stayed in my room until she came in.”

For a little while. Eventually, as Susan recovered, Tom did laps around the hall.

“On the day that I could finally make it to his room, he literally dashed back to bed so I could win,” Susan said.

Tom’s surgeon, Dr. Vincent Casingal, is one of many people the Chesters know God placed in their lives.

“He was wonderful ,” Susan said. “When he came out and brought us an 8 by 10 of Tom’s kidney, he said, ‘While I was in there, the appendix was looking angry, so I took it out.’ He knew his job and he did it well. He also had a wonderful bedside manner.”

The couple identifies other angels on Earth who were there when they needed them: the husband-and-wife team who mentored Tom and Susan because they had the same donor-recipient scenario; internists Drs. Brandon Davis and Pamela Davenport; and Dr. Chris Fotiadis at Metrolina Nephrology Associates.

“We felt everyone’s prayers,” Tom said. “And many were praying. We felt at ease. We were calm throughout the whole process because we knew He was there.”

“One friend said told me that she didn’t think she could donate a kidney,” Susan said. “I couldn’t imagine not doing it.”