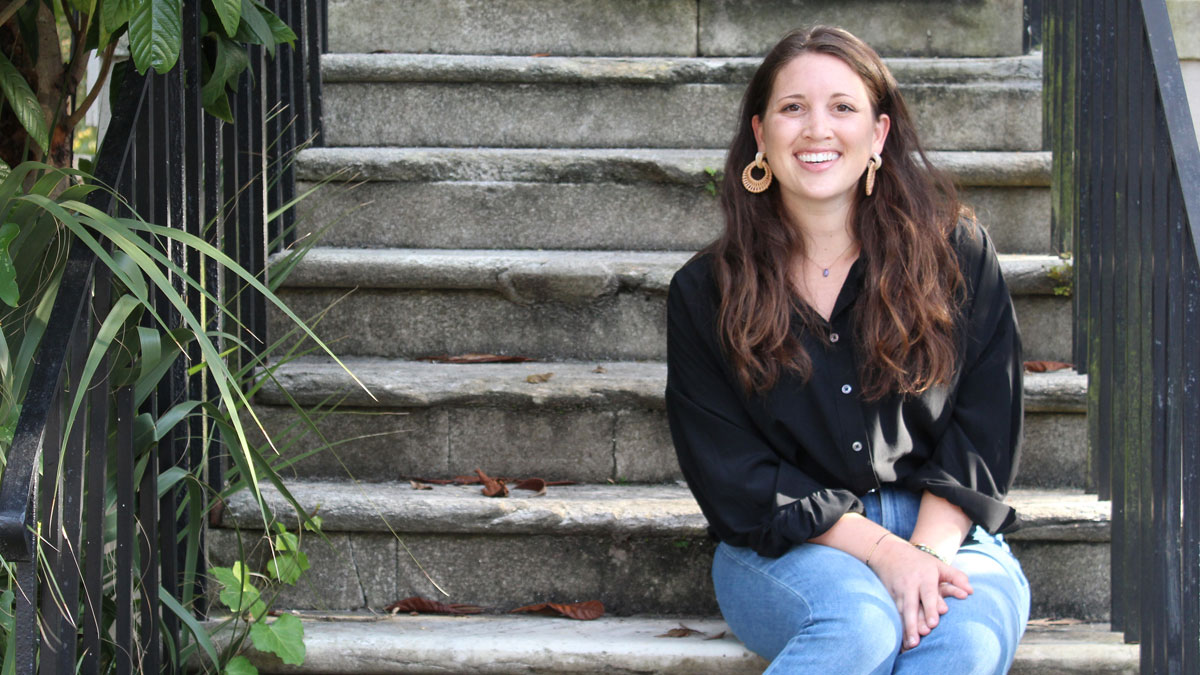 When upper respiratory symptoms started plaguing Kelly Bulak around March 2020, she set up a FaceTime appointment with her doctor. After requisite COVID-19 tests came back negative, Kelly said she was prescribed medicine to alleviate the symptoms and felt better for a while — until she didn’t. This cycle of respiratory distress followed by prescription medicines continued until August 2020, when Kelly’s doctors finally determined that she needed her lungs checked. Just one day after attending the farewell dinner for her job — she had enrolled in graduate school at the College of Charleston — that lung scan set Kelly’s personal journey on a slightly different course.

“I had just finished a round of medicine for pneumonia when we did a CT scan,” she remembered. “My last day of work was Aug. 13, 2020, and on Friday, Aug. 14, I had a free day and got the scan done. I was having a good day, saying my goodbyes to clients on the phone, but then Dr. Sam McNulty at MUSC called and said, ‘You have a mass in your chest. We don’t know if it’s cancerous.’”

Interestingly, Kelly had no symptoms other than a cough — no profound weight loss or fatigue. In fact, she was still carrying on with her life as usual. Still, when her physician called her to report the mass in her chest, Kelly immediately suspected it was cancer. Even though her sole symptom was a cough, she could tell it was not the average chest congestion. At that point, she couldn’t laugh without wheezing, and lying down at night triggered a heavy feeling in her chest, like phlegm she could not dislodge.

At the time of the fateful phone call from her doctor, Kelly’s mother was on the way from Columbia, her hometown, for a weekend visit. As an only child of divorced yet still amicable parents, Kelly shares a close relationship with both her mom and dad, and both of them readily supported her from the beginning. Kelly asked her mom to meet her at MUSC, where she’d undergo further tests. She and her mother cried at the news and called Kelly’s father, who made the drive to Charleston the next day.

“The first two weeks, I think, are the hardest,” said Kelly, who turned 30 in November. “You think about everything you’ve heard about cancer and how it relates to you. I have so much stuff, and we joked about dealing with my stuff, my condo, my cat, whether I’d lose my hair.”

Lung cancer is becoming alarmingly more common in young women, Kelly said, and though the doctors tested her for a genetic mutation, they found her cancer was likely due to some sort of exposure — air, diet, even sunscreen could be to blame. Yet the medical staff remained optimistic.

“My doctor said, ‘You’re the ideal candidate for something this scary because you are young and healthy. Medicine should work for you,”’ she said.

Kelly’s treatment began soon after her diagnosis — radiation followed by six courses of chemotherapy and immunotherapy at the same time, in the form of an IV, starting in September 2020. Once the treatment started, success seemed to move closer and farther away at certain intervals. November was a good month, with “everyone so excited that the nodules were shrinking,” Kelly said. Yet another scan in December showed mixed results – some nodules were shrinking but others were growing. To top all that off, Kelly came down with the COVID-19 virus, likely due to taking steroids for a month in an effort to ward off potential inflammation.

Eventually, chemotherapy and radiation lost their effectiveness, and Kelly had to meet with her doctor about “finding a new treatment path.” That’s when her main oncologist, Dr. John Wrangle at MUSC, told her about a drug called ENHERTU.

“ENHERTU is usually for breast cancer, but they started trying it on lung cancer patients with my mutation, and it had a high success rate,” Kelly shared. “At this point, I have started taking the ENHERTU through an IV. It’s a targeted therapy drug, so it’s not all chemo, but there is chemo in it.”

Despite her health challenges, Kelly has continued with her plan to attend graduate school at the College of Charleston. Her roommate, Michelle, has been “very supportive” — even moving out temporarily and staying with her parents during the pandemic to protect Kelly. Meanwhile,  Kelly said she feels “almost normal” lately, enjoying walks around Charleston rather than high-intensity workouts, plus spending time with her parents and keeping up with her studies.

“My parents come to every appointment, almost,” she said. “And any time I have a meeting with the doctor, at least one of them comes to town. For infusion days, they both come. I request morning appointments so they can drive back during the daylight, but they usually pack a bag, just in case.”