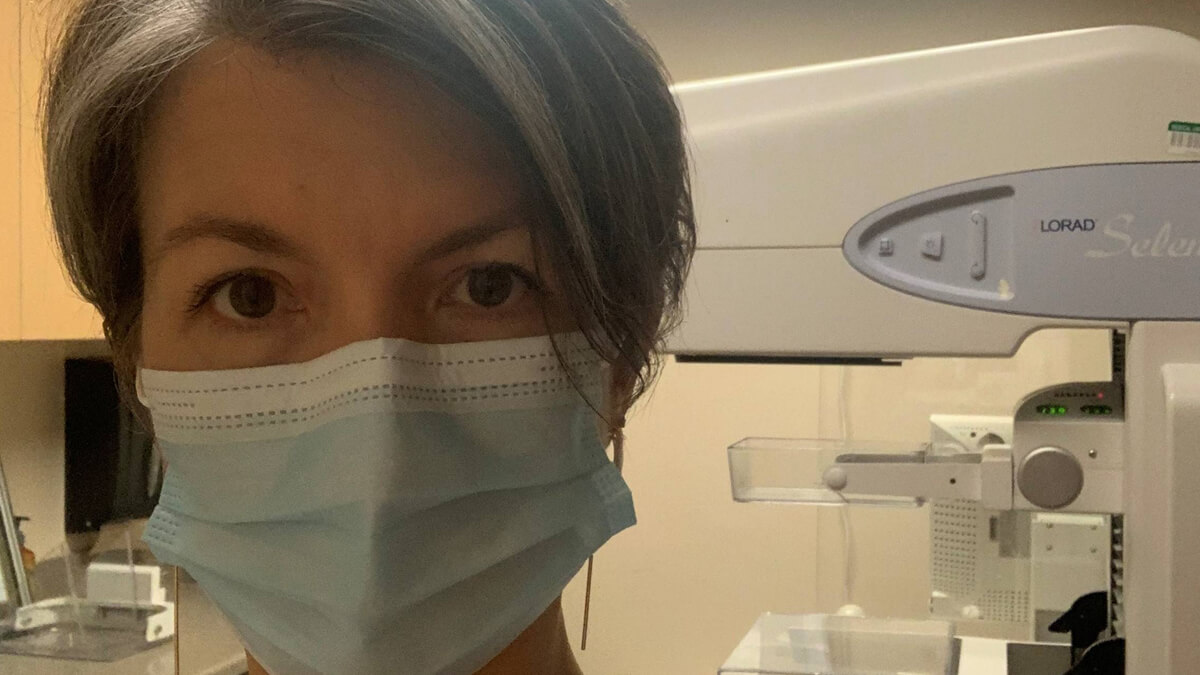 Sundi Herring has spent years instilling hope in those bravely facing their cancer diagnosis, helping them find support and feel optimistic about the future. She never thought she’d one day be doing the same for herself — yet, as you read this, Sundi is a breast cancer survivor. After working 12 years as assistant manager of the American Cancer Society’s Hope Lodge, where she “saw the power of how you can transform and save lives,” Sundi served as regional director for all of the Hope Lodges in the Southeast. Two years ago, she moved to the Lowcountry to accept a new role as associate director of development for ACS. Soon after that, she was diagnosed.

It all started late last year, when Sundi was busy home-schooling the kids and realized she had neglected to schedule her regular mammogram. Since both her grandmother and mother are breast cancer survivors – and, of course, considering her occupation – the 45-year-old had always been careful to “stay in tune” with her health and preach to others about early detection.

“But I figured everything would be OK – I didn’t feel anything different in my body,” she admitted.

Her mammogram appointment was scheduled three weeks out due to the chaos caused by COVID-19, then it took three weeks for Sundi to see another doctor about the concerning results — then even more time for the biopsy and MRI results. When Sundi heard her diagnosis, ductal carcinoma in situ, it was already April 2021. Her medical team advised a lumpectomy and radiation as treatment, but, when another MRI showed a spot in the other breast, Sundi made the decision to go ahead and have a bilateral mastectomy with reconstruction, despite the second spot coming back as benign.

How did she feel about having cancer?

“Crazy,” she said, laughing. “I mean, there are all the emotions, and no one prepares you for that. In that moment, your world tips over. I’d heard thousands of cancer patients talk about it, and I was still not prepared.”

Sundi said the truth about her own health finally sank in at the plastic surgeon’s office while looking at before and after photographs and weighing options pertaining to reconstruction.

“It was seeing those naked torsos of women over and over,” she recalled. “And knowing I was one of them – it was a very defining moment for me. I wanted to hug all those women.”

While waiting on her surgery – which would consist of both the mastectomy and the reconstruction – Sundi had a few more defining moments, including when she found solace in those same resources she’d shared with so many other patients. One night, she dialed the 800 number for the American Cancer Society at 2 a.m. and was able to talk to a comforting person on the other end, who set up a phone call with a nurse for the next day. And working with her “breast navigator,” a special individual from the medical team who “guides you … gives you advice and cheerleads you” was also invaluable to Sundi.

“It took a minute to ignite, but I realized what I had at my fingertips,” she said.

Fortunately for Sundi, she is one of the 3% of survivors able to have all cancer removed with surgery. Following the mastectomy and implants, there “was no evidence of invasive cancer,” and Sundi described it as “the best day of her life.” To show her gratitude, she decided to give back as much as possible. She signed up for a clinical trial to take large doses of boswellia — also known as frankincense – an anti-inflammatory tree sap native to India, North Africa and the Middle East. She joined a cancer support group with people from all over the United States. She filled out a survey about her health, environment and other experiences, along with 300,000 other people, in hopes that the data will help researchers understand cancer.

“I want to normalize [breast cancer] for the 1 in 8 of us who will go through this in our lives,” she said.

As you read this, Sundi feels good about the future, a gift she tries to pass along as much as possible. She said her perspective at work each day is different now, and she has learned the power that resides in stories, her own included.

“I feel energetically connected to my work in a different way,” she noted.

Most of all, she’s grateful for time with her family and friends and the outreach of the community. She shared how her neighbors replaced their porch lightbulbs with pink bulbs to celebrate the success of her surgery, and her 15-year-old son, James, wears a pink bracelet.

“It’s about getting the biggest return on your time here – and never forgetting that the wolf was at your door. When something is funny, it’s even funnier to me now. When the weather is beautiful now, it’s even more beautiful. It’s a reminder to enjoy and savor, and I want to keep that feeling,” she said.