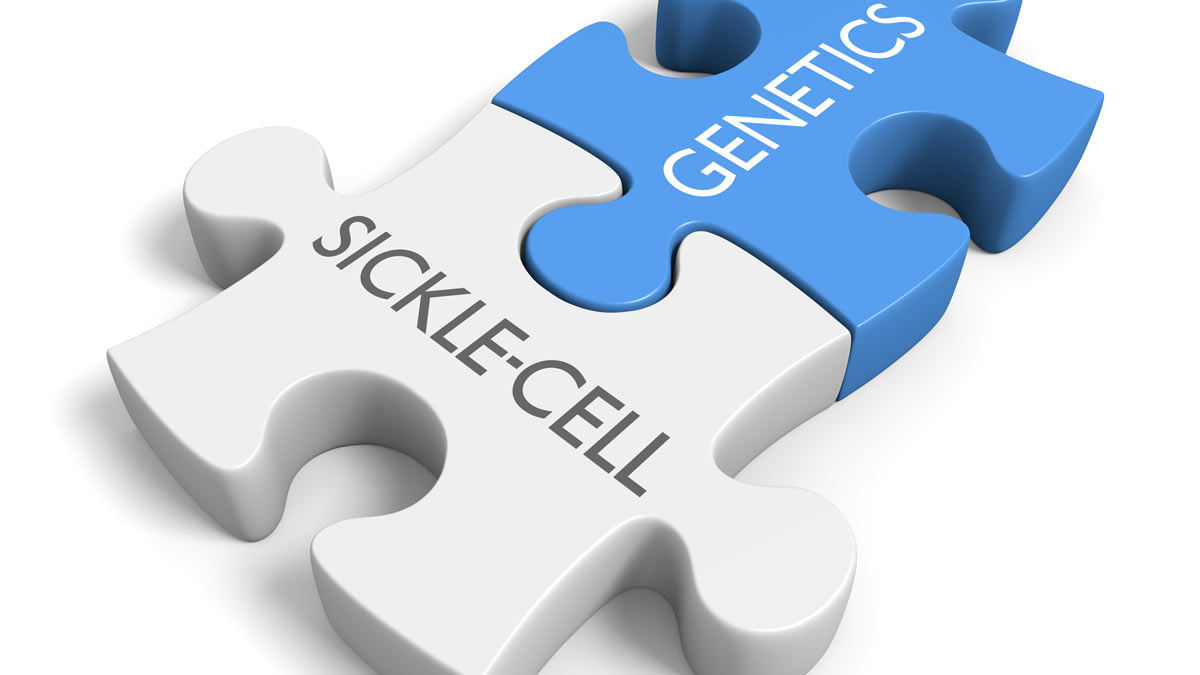 Sickle cell disease is a genetic disorder that produces odd-shaped red blood cells which gradually cause serious damage to vital organs, consigning its victims to a life of pain and risk of infection and, in many cases, an early death.

The most common inherited disorder among African Americans, the disease decreases the blood supply to the brain, lungs, eyes, kidneys and liver and destroys the spleen, virtually eliminating a person’s most potent weapon in the war against infection. According to Shalini Shenoy, M.D., a professor of pediatrics at Washington University in St. Louis, most people who suffer from sickle cell disease don’t make it past the age of 50.

That doesn’t mean, however, that there is no hope for a long and productive life for those unlucky enough to be afflicted by this disease. One method of therapy is to prescribe drugs to keep the pain under control, but medical professionals also have made great strides in recent years by transplanting stems cells donated by healthy individuals – either from bone marrow or umbilical cord blood.

In the past, hydroxyurea was used to ease the pain, but Dr. Shenoy emphasized that the drug is not a cure for sickle cell disease.

“It doesn’t help them live longer; it’s just for symptoms,” she said. “Sickle cells are always there, and the damage will continue. And you have to take it every day of your life for the rest of your life.”

She added that hydroxyurea, which was developed to treat leukemia, has been around for decades but that some doctors are hesitant to prescribe it because it is a form of chemotherapy. Penicillin also is an option for young children, Dr. Shenoy said, because it can protect against sudden death from a bacterial infection.

“After age 5, they can tell you when they are sick. Penicillin has changed whether babies survive,” she said. “In the past, they could have a massive bacterial infection and fall apart and die. Penicillin changed that. It gave them a chance to get to childhood and adulthood.”

“If the transplant is successful, that person is cured essentially,” Dr. Shenoy said. “They don’t have the sickle cells circulating anymore. How much they recover depends on what they started with. If there is irreversible damage to the brain or lungs, that’s going to stick around.”

She added that with a transplant from a brother or sister, 90% to 95% of patients are cured, with the chances of success falling to 85% for others. She said the possibility of matching a sibling would be around 25%, pointing out that because not everyone has a brother or sister – and since some victims of the disease are adopted – bone marrow and umbilical cord registries play a vital role in the research that offers sickle cell sufferers a fighting chance to beat the disease. She said there are about 20 umbilical cord blood banks in the United States where people have donated cord blood for public use and that some were unable to remain operational because of a lack of funding.

Which is the best option – umbilical cord blood or bone marrow? There are positives and negatives to both, according to Dr. Shenoy. With cord blood, the match between donor and patient doesn’t have to be perfect, but the patient probably would spend up to a month in the hospital following the procedure, compared with two to three weeks with bone marrow. Bone marrow transplants can come with a higher risk of graft-versus-host disease, a possibly life-threatening condition that occurs when the donor’s immune system attacks the patient.

“Modern methods of overcoming these complications now allow cord, marrow and stem cells from half-matched family members to serve as donors for patients with sickle cell disease,” she said.

Dr. Shenoy said research on donating bone marrow and cord blood has come a long way in the past two decades. The most recent and most encouraging development is that medical professionals now can expand the number of healthy cord blood cells that can be extracted from the placenta and used for transplantation.

“Initially, we had to learn how to collect it, then store it so it could be good for many years. Now we can expand it. It’s nice if you can make the cells multiply. We need a certain number of cells to have a successful transplant, and now a small cord can be expanded,” she said. “Expanded cord products are being tested in transplant trials.”

Dr. Shenoy pointed out that despite recent advances in stem cell transplantation, the procedure isn’t the best move for every person with sickle cell disease and that the risks have to be balanced with the benefits.

“We’re not looking to do a transplant on every person who has sickle cell disease,” she explained. “The stars have to be aligned. We have to be sure we’re not putting them at more risk with a transplant. We have to balance what is the better option for them.”

She added that one of her major goals in her research is to eliminate the downside to stem cell transplants.

“We want to bring that risk down to zero. Work is being done to try to offset all the risks so more people can benefit from a transplant,” she concluded.