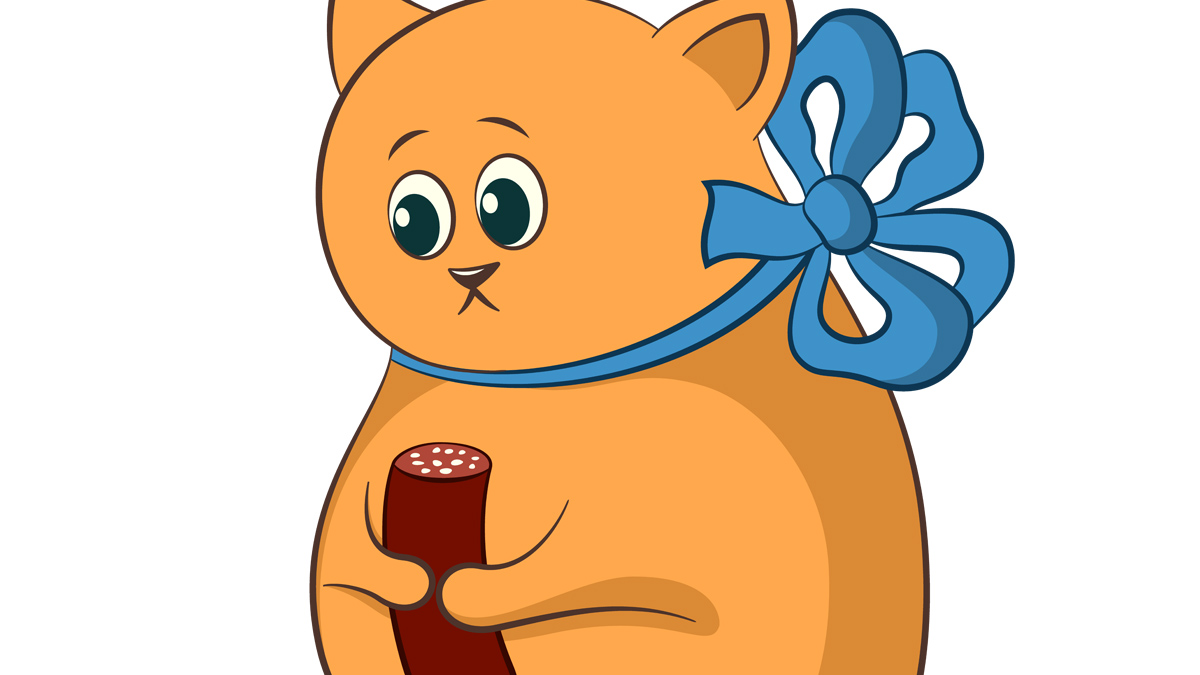 If someone calls you a “fat cat,” you probably know what that means – and it’s generally not good. You’re probably being told that you’ve been successful but more through greed, selfishness and even corruption than through fairness or sweet charity.

That’s bad enough. But if someone calls your own favorite feline a “fat cat,” it could be a call to action.

All pet owners want their four-legged friends to be well-fed, but some pets will take advantage of their owner’s kindness to pack on the pounds, which can lead to a hot mess of medical issues.

So what constitutes a fat cat? The veterinary experts at BluePearl Charleston might tell you that a domestic cat is obese if it exceeds its ideal body weight by more than 20%.

Alright so far. But what should be your cat’s ideal body weight? Veterinarians say that most adult domestic cats should weigh between 8 and 10 pounds. Some breeds such as Persian and Siamese cats regularly tip the scales at 12 pounds, while the Maine Coon cat is still in the normal range at up to 25 pounds!

Other than cajoling Kitty onto the bathroom scale – or, better yet, onto a human baby scale – how can you tell if your precious pussy is obese?

The quickest way is a simple “eyeball scan.” If the adorable kitten you loved so much now looks like a couch cushion with eyes, it’s time for a re-assessment of her daily food and treats.

Another quasi-scientific way to determine if Sir Meows-a-lot is porky is to take the palm of your hand and run it gently along his rib cage. If you can feel all the ribs, weight is likely not a problem. If you have to push through a layer of fat to feel them, it might be time to cut back on the kibble.

In fact, it might be time to cut out the kibble altogether. Some studies show that dry foods tend to lead to more weight gain than canned cat foods. Treats – how often you give them and how many a day – are best discussed with your veterinarian.

Just as rules of thumb, cats between 8 and 12 years of age are more likely to be obese than young or elderly cats; spayed or neutered cats generally eat more than unneutered cats, thus getting fatter; and indoor cats don’t always get the same level of weight-controlling exercise as their outdoor cousins.

A few additional signs that your cat may need to lose a few ponds are difficulty jumping or climbing stairs, lying down more rather than getting up and moving around, having fewer bowel movements and wearing a collar that has become too tight.

All this is not cat body-shaming. Veterinary specialists say that the majority of pet cats in developed countries are already overweight to obese, so clearly their owners aren’t upset about their appearance.

But, according to the Cornell Feline Center, those extra pounds could lead to aggravated osteoarthritis, hip dysplasia, diabetes, cancer, skin problems and decreased cardiovascular health.

When all’s said and done – once you’ve weighed your cat, searched for its ribs, observed its behaviors and concluded that it needs to slim down, consult with your veterinarian about the best nutritional plan for you and kitty to reach your goals.

Calories do count, but how often they get them and in what form is best left to the pet doctors. Try to keep in mind that an extra pound or two on Tabby or Calico means a lot more to their health than a pound or two on you and me.

A rough gauge some authorities use is that one pound of extra weight on your cat is equivalent to 14 extra pounds on an average size – 150-pound – human.

So if your mouser tips the scales at as little as 5 pounds more than its ideal weight, it’s the same as if that hypothetical normal human ballooned up to 220!

It only takes a few minutes to determine whether your cat is overweight or obese. But those minutes could help guarantee a long and healthy life for a pet you’ve made a beloved member of your family.