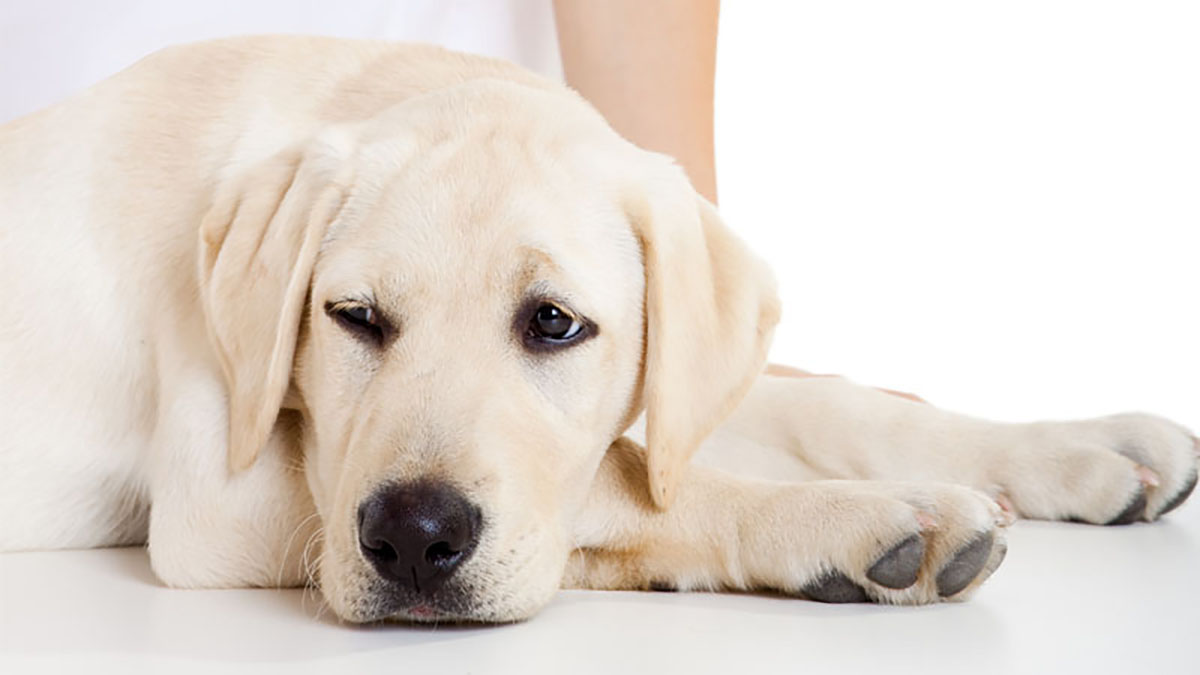 Corn cobs, bones, portions of a tennis ball, rocks, hunks of wood and five clear, palm-sized squeakers. This list may sound like a landfill inventory, but it’s actually items that veterinarians have dislodged from dogs’ stomachs and intestines.

“There are so many interesting things we have pulled,” explained Jeremy Libby, DVM, the medical director and an emergency doctor at BluePearl Pet Hospital in Summerville and Mount Pleasant. “Perfectly intact rubber duckies, wads of fabric, socks, underwear, carpeting and pacifiers are also on the list.”

Dr. Libby’s all-time “you won’t believe this” extraction was a 6-foot strand of small led lights from a Labrador retriever. He also had a repeat offender, a giant mastiff, that swallowed not one, not two, but three tennis balls – whole. The mastiff’s care was managed by several BluePearl surgeons and ER doctors during multiple visits.

While the list of whacky things pulled from dogs’ intestines and stomachs makes most people smile, the effects of swallowing most of these items is damaging at best and at worst can be life-threatening.

These everyday items can cause a  bowel obstruction, also known as a gastrointestinal blockage, which is a common canine problem. The obstruction can be a complete or partial blockage in the stomach or intestines that prevents solids or liquids from passing through the gastrointestinal tract, Dr. Libby explained.

The blockage can also decrease blood flow and cause deterioration to portions of the bowels, along with the absorption of toxic contents, according to the American Kennel Club.

All curious, determined dogs are at risk of bowel obstructions, but young dogs are especially vulnerable. It’s important to watch for signs of trouble, including loss of appetite, dehydration, vomiting, diarrhea, hunches or whines, according to Dr. Libby.

With 24/7 emergency hours the BluePearl team operates the same way as any hospital: their goal is to assess, stabilize, diagnose and treat their patients. BluePearl is a specialty referral hospital with a team that includes internal medicine specialists and board-certified surgeons.

For obstructions, the team performs a physical exam and either a radiograph or ultrasound to try to positively confirm the presence of a foreign object or mass. Sometimes, if the object is the right size and may still be in the stomach, an endoscopy may be performed. This involves inserting a thin tube with a camera down the dog’s throat, attached to a small clasping mechanism in hopes of retrieving the foreign object.

The dog also will receive fluids to combat dehydration and the appropriate medications to lessen nausea, vomiting and pain.

The best way to prevent bowel obstruction is to discourage and block your dog from trying to eat certain types of bones, sticks, rocks and similar objects. Teaching the “leave it” command can prevent your dog from attempting to explore something harmful.

“Folks who make the choice to leave young pets with free rein of house rather than placing them in a crate, a run or a room that is dog proof should know that when left to their own devices, dogs can find and ingest dangerous household items beyond imagination,” Dr. Libby said.

He offered these tips to help dogs make better choices: 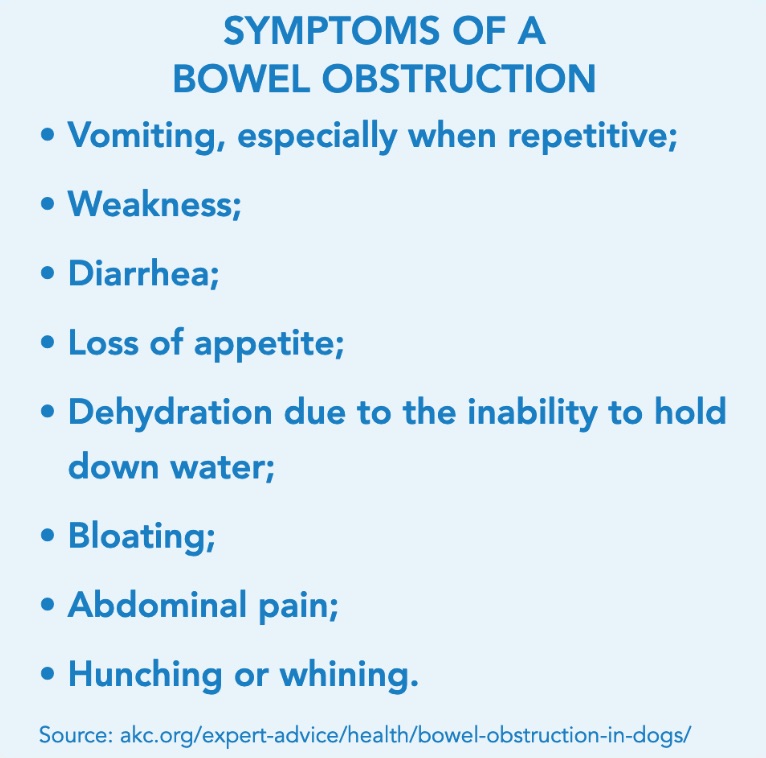