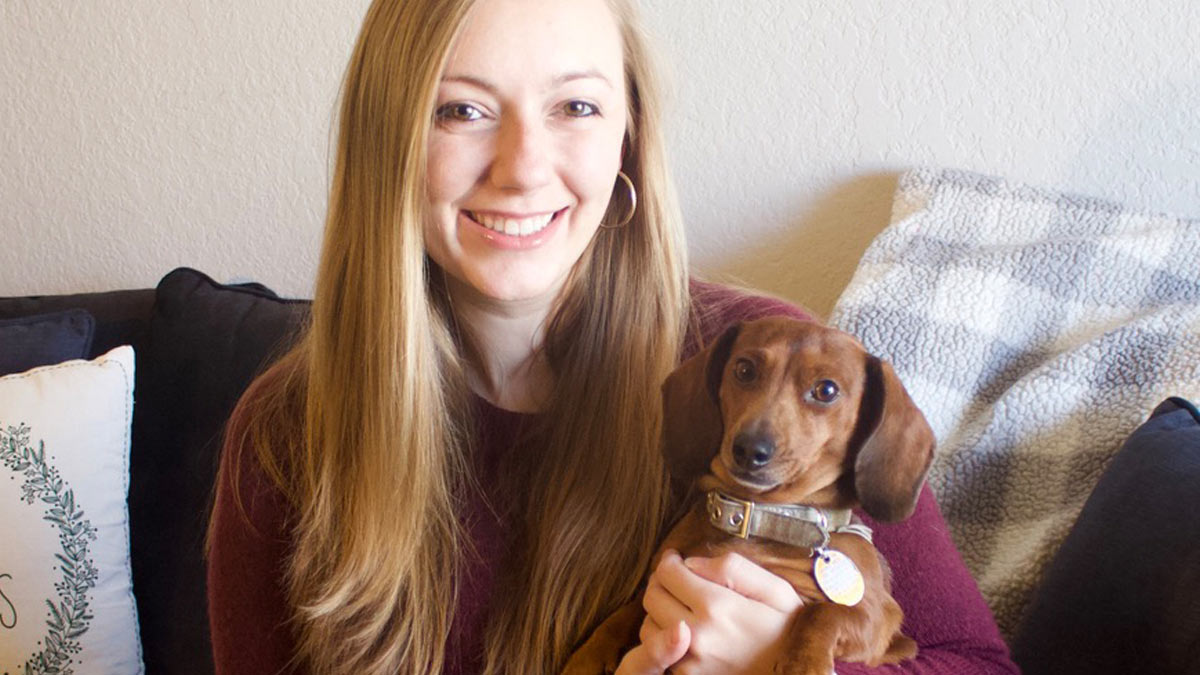 You are the proud owner of a new dog – maybe a puppy you adopted from one of the Lowcountry’s many excellent no-kill shelters. But now you might need some help taking the recent addition to your family through “basic training.”

If that’s the case, an excellent guide would be Esther Schow, DVM, whose practice is in the Summerville clinic of Veterinary Specialty Care. Dr. Schow is enthusiastic about dogs and their training and she has plenty of great tips for new owners, such as “own a pair of pants with deep pockets.”

That’s not because your new pet will cost you the proverbial “arm and a leg” – though they sometimes do – but because you’ll want a place to carry some treats to reward Rover for learning new tricks.

Like so many of her colleagues, Dr. Schow is a firm advocate of positive reinforcement. She believes that punishing pets for not learning what you want them to is counterproductive. Rewards, on the other hand, are a way of giving a dog something he or she really likes – food – in return for the behavior you seek.

Take the most basic trick of all – sitting. Dr. Schow’s experience and training have led her to conclude that pushing the dog’s rump down into a sitting position is not a good idea. Your pet has to learn this behavior on its own in order to associate the command “sit” with the appropriate action.

Naturally, you can help this process along – around feeding time. Hold your new dog’s food bowl slightly above its head and give the “sit” command. Most dogs will eventually sit down on their own, if for no other reason than to puzzle out what you are doing. That’s when a treat reward comes in, and it can be as simple as a nugget or two of kibble.

The first few times, you should wait until they sit – giving no command – so the process should be: Wait for the sit, reward with food and say “good sit” until your dog knows that the sitting motion equals the “sit” command. Then the process is: food bowl, “sit” command, sitting action.

The doctor suggested pitching your voice higher than normal, just like “baby talk” to a human infant, as a way of getting their attention. You might also repeat the command, although in Dr. Schow’s view, multiple repetitions of a command aren’t really helpful.

Once the dog has grasped the idea of “sit,” the doctor said, teaching “lie down” is relatively easy. The dog is already halfway there, and, before long, is likely to lie down on its own, especially if you once again use the food bowl as a prop to gently guide the nose forward toward the ground. Reinforce that behavior with the “lie down” command and be sure to add a little treat.

“Stay” or “wait” are other common commands we want our pets to understand. Giving the command and holding up a hand in front of the dog’s face while slowly backing away will let you know quickly whether your pet has grasped the concept. Then it’s time for another treat.

“Whatever commands you use,” Dr. Schow said, “be consistent. It just confuses your dog if you say ‘stay’ on one occasion and try a different word – even if it means the same thing to you – on another.”

Taking your pup for a walk raises even more opportunities for your dog to learn. First, they may have to be acclimated to dealing with a leash and a collar. One simple trick is to attach the leash to the collar while in the house, and let your dog roam around a familiar environment with the leash trailing behind.

Dr. Schow feels that a solid – not expandable – leash about 5 feet long is the right size for training your dog to walk properly and to “heel.”

“Choking up to shorten the leash and giving a few short jerks on it coupled with the ‘heel’ command works much better than getting upset and yelling at them or dragging them along,” she said.

It’s also best to pick a time when there won’t be a lot of other stimuli around, such as cars going by or small children playing, that might distract your dog from his learning. And don’t forget that treat.

Of course, if you and Fido are out and about, you might run across Dr. Schow putting her ideas into practice as she walks her miniature dachshunds. She has three of them, so she’ll be the one wearing the pants with extra-big pockets. She never wants to run out of training treats.