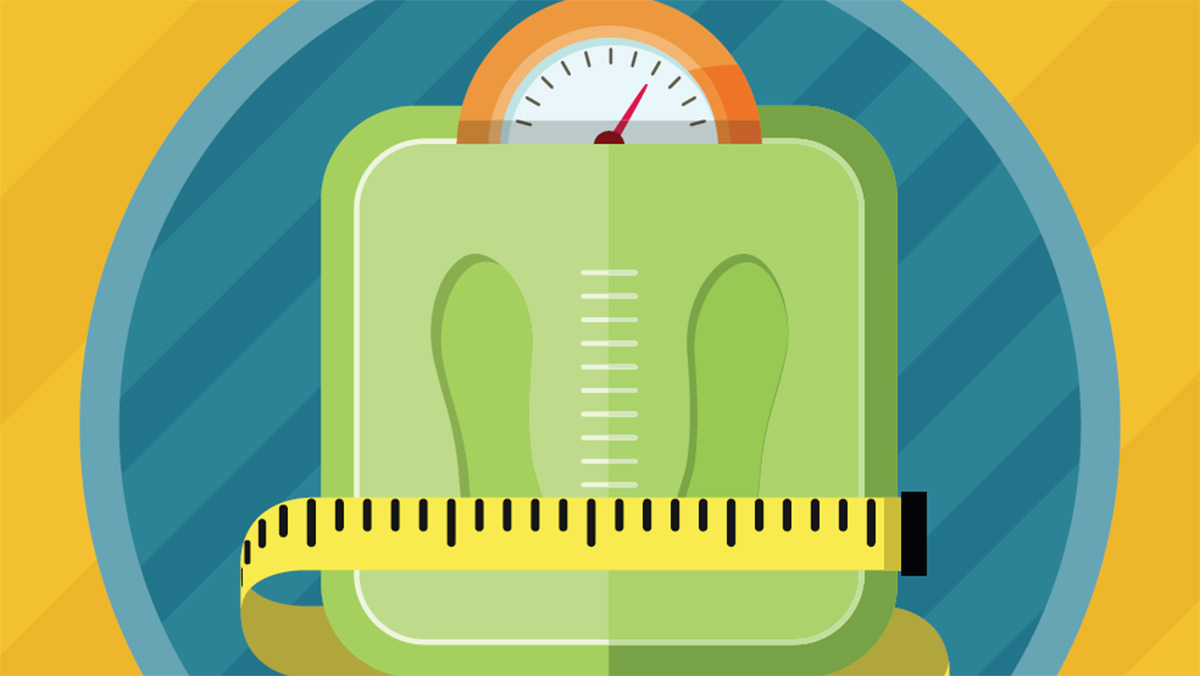 It’s no secret that losing weight will make you feel better and help you live longer. But what’s the best way to shed pounds? The common thread among the following four Charleston-area residents is that they all lost weight gradually and they all did so by changing the way they think about diet and exercise. 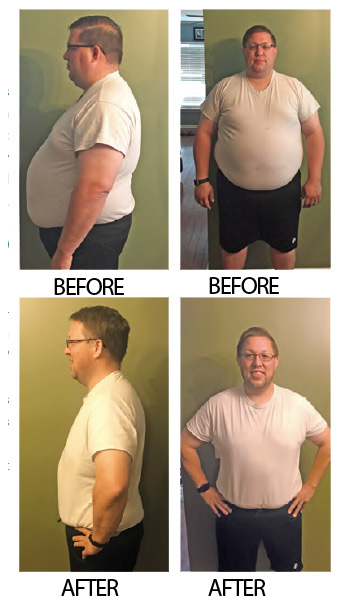 Dan Caskie, a physician’s assistant, knew that he needed to make a change in his life. He was tired all the time, lacked energy and, in his own words, “was living in a mental fog.” Both he and his wife, Kimberley, were faced with a major challenge: They were overweight, and they couldn’t do the things they wanted to do. They were forced to pass up an opportunity to take a trip to Kenya with their church, and Dan felt like he was shunning his duties as a health care practitioner and as a dad.

“I would drive our daughter to the park and sit in the truck and wave to her. I couldn’t get out and play with her,” said Caskie, who weighed more than 350 pounds when he chose to change his life in the summer of 2016.

In September 2016, the Caskies, who live in Summerville, followed a friend on social media who was taking Isagenix supplements. They decided to try the program for 60 days. A year-and-a-half later, the supplements have helped them each shed more than 100 pounds. Currently weighing in at around 250, Dan, who is 39 years old, said the scale has stopped moving.

“I’m converting fat to muscle,” said Dan, who pointed out that he owes his weight loss to 80 percent diet and 20 percent exercise. “I’m active and I have tons of energy. It’s really transformed my life.”

“My biggest regret is that I waited so long,” he concluded. “It’s hard work, but it’s absolutely worth it.”

His advice: “Do it. If you fail today, start again tomorrow. Start with your diet and nutrition. I lost 80 pounds before I went to the gym.” 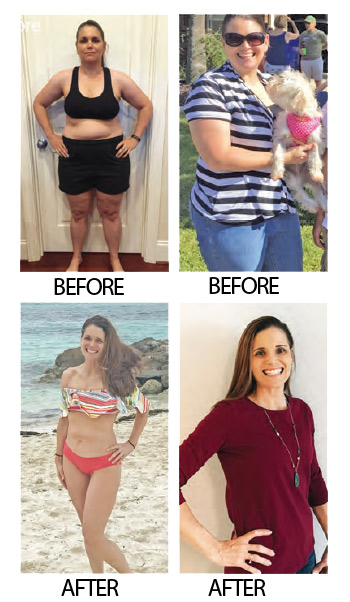 Michele Watson
“I thought I would fall back to my old ways.”

April 24, 2016, is a date Michele Watson will never forget. That’s the day she determined that she was going to turn her life around and start losing weight. Sitting at her son’s birthday party, she and a friend decided they would work together, support each other and drop the extra pounds that were making their lives miserable.

“That was the day I kind of drew a line in the sand. I needed to make a change. I was sick and tired of feeling horrible, and I’ve never looked back,” said Michele, who lost 81 pounds and now shares her success with others as a health and wellness coach.

Michele, who lives in Mount Pleasant, said she lost all that weight with the 21 Day Fix plan, eating smaller portions, as well as drinking at least half her body weight in water and exercising for at least 30 minutes every day. She said she eats a set amount of protein, carbs and vegetables, no sugar and very little salt.

She pointed out that from the beginning, she leaned on others for support and encouragement.

“I didn’t trust myself. I had failed so many times, I thought I would fall back to my old ways. I’ve always had an issue with emotional eating,” she explained. “I needed a plan that would keep the weight off forever.”

Michele, who is 44 years old, said that before she lost weight, she battled anxiety and depression and was taking multiple prescription drugs. She no longer is plagued by those issues.

“I found that the only medicine I needed was fixing my problems from the inside out,” she noted.

Now Michele helps others reach the same goals she once thought were impossible for her.

Her advice: “Take care of yourself first. It’s like when you’re on an airplane and they tell you go put on your oxygen mask first, then help others. Now I can be a better friend, a better mother and a better daughter.” 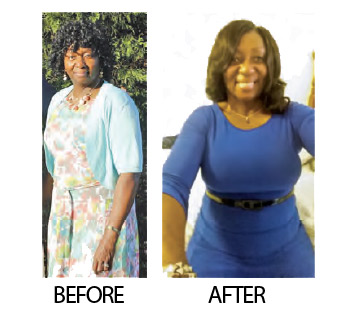 When the first lady of the United States talked about nutrition and healthy eating habits, Deloris Washington listened.

Inspired by Michelle Obama – and also by her daughter’s statement that among all her friends, her mom was the heaviest – Deloris has dropped 50 pounds in a few years. Now at 170, she said her goal weight is 155, though not everyone thinks she needs to get smaller.

“My husband told me I really don’t need to lose more weight, but I think I’m still a little chunky,” said Deloris, who lives in Charleston.

The 54-year-old school bus driver said she “didn’t do anything spectacular.” She explained that she lost 50 pounds by eating less and exercising more. She cut back her portions, consuming no more than 3 to 5 ounces of meat at a meal, and eliminated carbohydrates such as grits, rice and bread. She also eats and cooks with egg whites but not the yolks.

“I really don’t have a formula. I’m just more conscious of what I eat. I cook at home more than eating out, which encourages me to eat less. And If I do go out, I eat half of what I order and bring the rest home,” she explained.

She also walks or runs a couple of miles a day.

Before she started losing weight, Deloris said she felt like she was carrying an extra person around, she lacked energy, her legs ached and she dreaded having to climb stairs.

Her advice: “I wouldn’t do a rush process. Some people try to lose 20 pounds in a week. If you change your lifestyle, the weight will stay off.” 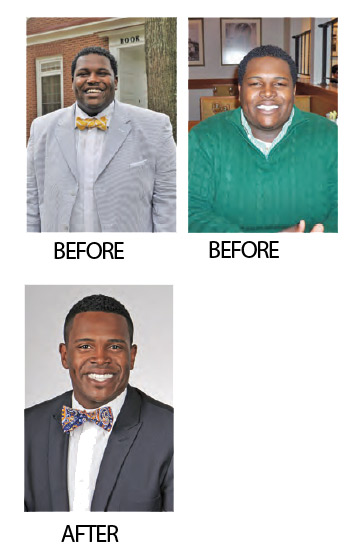 Cory Robinson
“You’ve got to love yourself and have fun.”

Though he lost 170 pounds over a two-year period, that wasn’t Cory Robinson’s goal when he decided to turn his life around. Instead, his plan was to lose 50 pounds, then 50 more and 50 more.

“I broke my goal up into multiple pieces that I thought would be more attainable,” said Cory, who lives in West Ashley and now teaches group fitness at the MUSC Wellness Center. “It’s a lot more realistic if you set a goal to lose 25 pounds and do it three or four times.”

Diet and exercise were the tools Cory used to lose weight. He said he removed the “repeat offenders” such as fast-food restaurants from his menu of places to eat. Now he consumes less food but more often. He explained that he might start his day with a protein shake, then an apple a few hours later. After lunch, he’ll take in an afternoon snack, then eat dinner – but not before a trip to the gym.

Exercise, he said, should be fun – you should look forward to it. Otherwise, it will be difficult to maintain an exercise regimen.

“Find something that’s not a chore. A lot of people view exercise as a chore. You need to figure out what’s best for you,” he said.

In addition to teaching at the Wellness Center, Cory, who is 28 years old, tries to exercise at least five times a week, including kickboxing, running, cross training and circuit workouts in his repertoire.

His advice: “Face the facts. Step on a scale and come to terms with reality. Most of the time we avoid getting on a scale because we don’t want to face it. Also: Figure out why you want to lose weight. Do you want to be more active with the kids or grandkids? And finally – you’ve got to love yourself and have fun.”