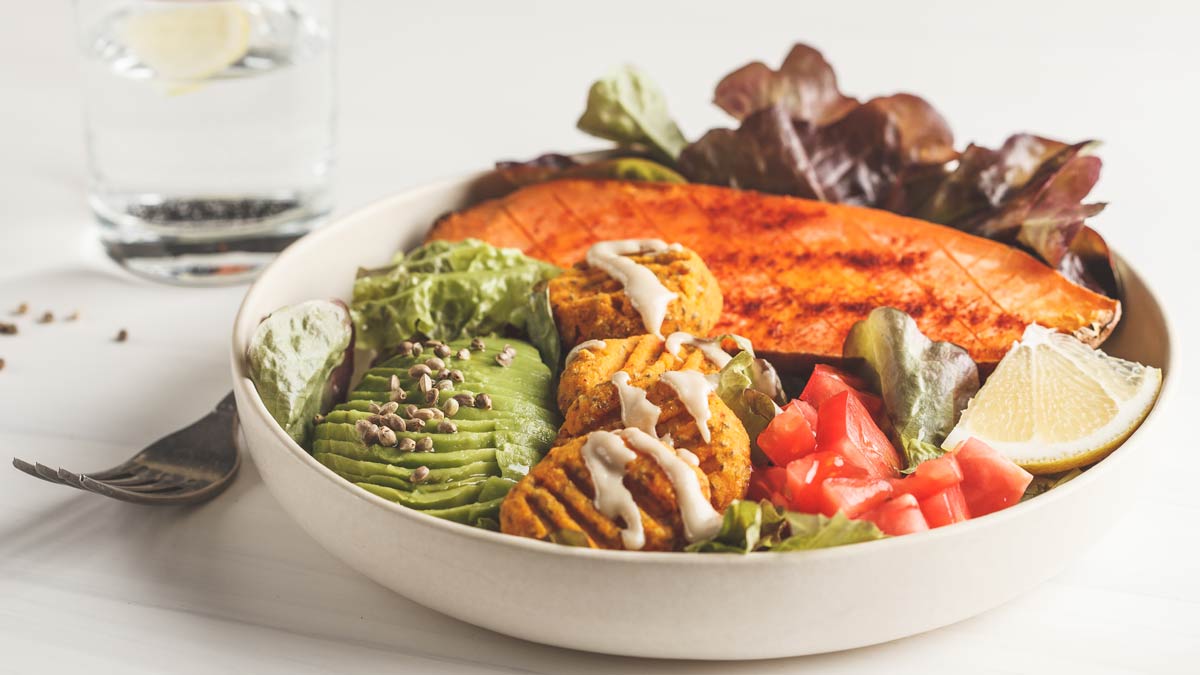 Years ago, when Beth Ann Reichbach became fed up with feeling unhealthy, she turned to a plant-based diet to get her health back on track. She gave up all animal products and took it a step further and avoided all processed food, artificial food, refined flour, added fat and added sugar. Reichbach, who is a registered nurse with the Medical University of South Carolina’s Adult Emergency Department, credits her change in diet and adding weight training, hiking and hot yoga to helping her lose 60 pounds.

“My experience has taught me that a whole food plant-based diet protects my health and my energy. I have never been healthier or felt as good as I do now,” Reichbach said. “My philosophy is to keep an open mind and be receptive to the thought that my long-held beliefs may not be correct.”

Like Reichbach, more and more people are adopting plant-based diets for a number of reasons. Believers say that eschewing animal products gives them better health, a better quality of life, reduces their carbon footprint – not to mention their karmic footprint, since the lifestyle does less harm to animals and the environment, too – and then some.

But what, exactly, does it mean to follow a plant-based diet? There is so much information out there about so many different types of diets it can be overwhelming to sort it all out – and even more daunting to put it into practice.

It doesn’t have to be complicated, said Reichbach. As a rule of thumb, people who follow a whole food plant-based diet simply look for foods that have as few ingredients on the label as possible. Or better yet, no label at all!

“When I teach people transitioning to WFPB, I suggest they stick to prepared foods where the label lists five ingredients or less, then three and ultimately one,” Reichbach said. “Eat the olive, not the olive oil!”

Kristi Ried-Barton, a nutrition and life coach and the director of It’sYoga! Studio in Greenville, agreed. Ried-Barton approaches nutrition through the lens of Ayurveda, the ancient Indian science that helps people find balance and optimal health through nutrition and self-care practices.

“You want to eat things that are organic and that are as close to their most natural state as you can,” she said. “Instead of having a muffin that has carrots and raisins in it, why don’t you just have carrots and another vegetable?”

Ried-Barton said she sees many people whose systems are overwhelmed by the animal products and processed foods in their systems. In other words, their digestion and elimination systems aren’t working the way they should because their bodies can’t digest chemicals and meat well. “People should have about three bowel movements a day,” she said. “So if they’re not, it’s a sign that something isn’t balanced.”

Ayurveda is also about slowing down, enjoying your food and eating what you need to bring your body into balance based on what’s going on with the seasons, stresses in your life and so many other variables. It might take more time to plan and prepare your own meals to avoid processed foods, but it’s worth the effort.

“Our society is fast-paced, and we don’t give enough credence to our health, which is the most important thing – without our health, we don’t have anything and can’t do the things that give us the most satisfaction in our lives,” she said.

A few years after Reichbach switched to a plant-based diet, she discovered a lump on her breast and was diagnosed with Stage 2C breast cancer. She believes her diet played a positive role in her recovery.

“I believe I recovered well, in part because of my lifestyle,” Reichbach said. “My recovery post-treatment is a strong personal testimony to the lifesaving benefits of this way of eating.”

As a nurse and a cancer survivor, Reichbach feels strongly that this way of eating would prevent many of the illnesses that people face, including some types of cancer.

There’s plenty of research to back up the claim, too. The International Agency for Research on Cancer recently classified processed meat as a Group 1 carcinogen, putting it into the same category as tobacco and diesel fumes. Processed meats cause colorectal and stomach cancer. Red meat is a 2A carcinogen, which is linked to prostate, pancreatic and colorectal cancer.

“I believe we all would be healthier if we ate more plants, less processed food and less animal products,” Reichbach concluded.