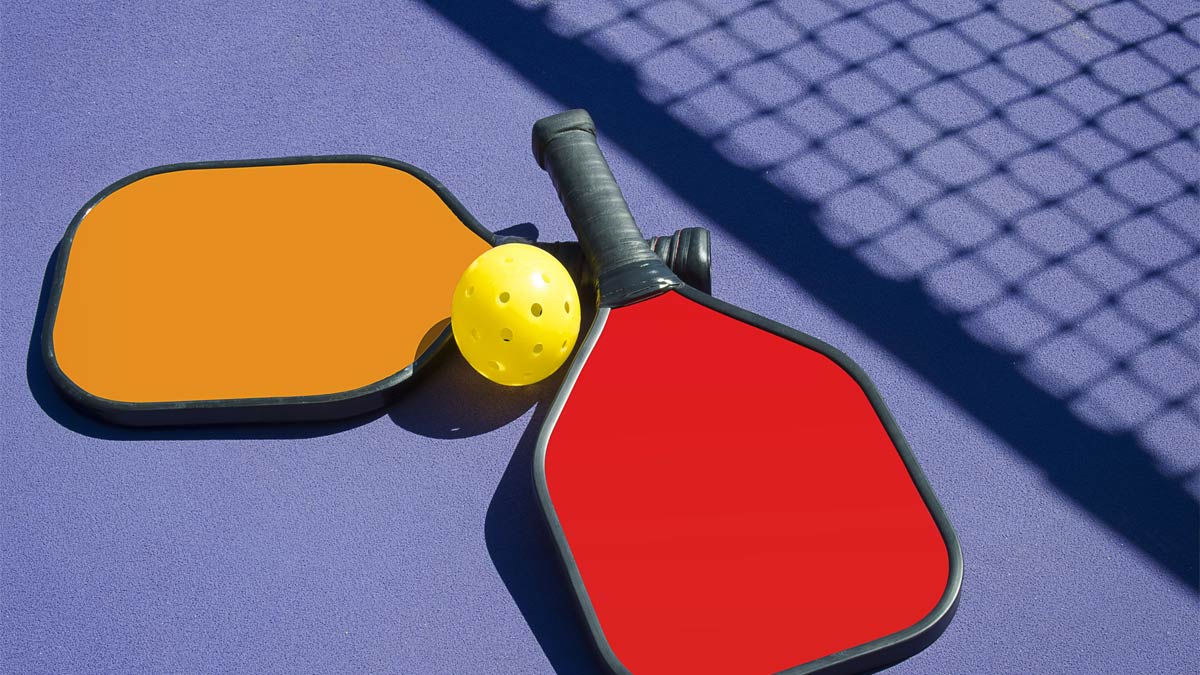 If you know anyone who has moved to one of those age 55 and older communities – especially in Florida – you may well have heard them rhapsodizing about how much they enjoy playing “pickleball.”

And, you may have scratched your head and wondered, “What kind of ball game is this? And what does it have to do with pickles?”

The short answer is that pickleball is a sport that’s a sort of hybrid between tennis, badminton, volleyball and Ping-Pong, played on what looks like a tennis court that’s been run through the washing machine until it shrunk.

The pickleball court’s dimensions are the same as badminton’s, 20 feet by 44 feet. The pickleball paddle is solid and resembles a Ping-Pong paddle on steroids. The net is almost identical to that of tennis but 2 inches lower in the middle.

And it has nothing at all to do with dills, gherkins or any other sort of pickles. Except for its name.

There are conflicting narratives about how pickleball received its label when it was “invented” on Bainbridge Island near Seattle back in 1965. It was either named after the inventor’s pet dog, Pickles, or it earned its moniker from “pickle boats,” traditionally the last boats to arrive at the docks with their catch after trawling at sea.

Regardless, the original game was devised to be a pastime for backyard play where space was limited and fun could be had with improvised equipment such as simple paddles and whiffle balls.

No one really expected pickleball to take off as a competitive sport, attracting millions of fanatical participants across America and spawning leagues, tournaments, a national association and a growing spectator base. But, of course, it did.

The question remains – why? The answers are manifold. The future of the sport looks nothing but bright.

First, at least relatively speaking, compared to tennis, pickleball is inexpensive. The court takes up roughly one-third the area of a tennis court and can be set up indoors or out. A competitive paddle can be had for as little as $50. The balls are simple hollow plastic spheres with holes punched into them. They can be any color.

Other than a few easily grasped rule changes, pickleball is played much like tennis, although it’s most commonly played as doubles, thereby reducing the amount of running around by players. No doubt that’s an important element of the sport’s appeal to longtime tennis players who may have slowed down a bit and no longer relish the challenges of racing baseline to baseline and from net to backcourt.

Additionally, regulation games are played to 11 points (generally, teams must win by two points) and only occasionally last more than 15 minutes.

The net result – pardon the play on words – is that more people get to play and everyone who plays benefits from burning calories, toning muscles and getting a good cardiovascular workout with low impact competition that’s actually lots of fun.

Best of all, you don’t have to move to the sunshine state or settle in a retirement community to climb aboard the pickleball train – or boat, as it were.

In Mount Pleasant, pickleball is already available at more locations than you might be aware of, with more to come.

Al Bradshaw-Whittemore, our local ambassador for the United States Pickleball Association, said that the pickleball mailing list he maintains includes 500 names, with more players signing up every day.

Among the places where you can find a game are the Thomasena Stokes-Marshall Senior Center; the Miriam Brown Community Center in the Old Village; Oyster Point on Six Mile Road; Belle Hall Plantation; the Park West Recreation Complex; and the R.J. Jones Center on Egypt Road.

Some of these locations are indoors, some outdoors and others both. A few even offer nighttime play.

And pickleball appeals to all age groups. One Mount Pleasant devotee, Bob O’Connor, is 91 years old! At the other end of the continuum, the game is currently being taught at Moultrie Middle School and will soon be introduced at the elementary school level.

There are a few obstacles to overcome. As Ambassador Bradshaw-Whittemore put it, “Every place we play we’re not the primary sport. Most of our locations are tennis courts that have been marked for pickleball. That puts us in competition with tennis players for court time.”

While there are no dedicated pickleball courts in town, the proposed Mount Pleasant Racquet Club, a private venture, holds out the promise for multiple pickleball courts alongside its traditional tennis layouts.

“Right now, we have a decent number of places to play,” Bradshaw-Whittemore said. “But they’re scattered. What we need is a good central location with designated courts and designated levels of play.”

The ambassador is optimistic about the future of the sport in Mount Pleasant. He said that during a recent conversation with Mayor Will Haynie, the mayor hinted that “he’d like to make Mount Pleasant a pickleball capital.”

The mayor’s musing may face stiff competition from places with a head start, such as Florida. But with a growing number of eager players, the efforts of Bradshaw-Whittemore and the support of the USAPA, Mount Pleasant may one day find itself in a “pickle” that it can relish.

For information on pickleball and how and where to play the game, contact the ambassador at [email protected]. 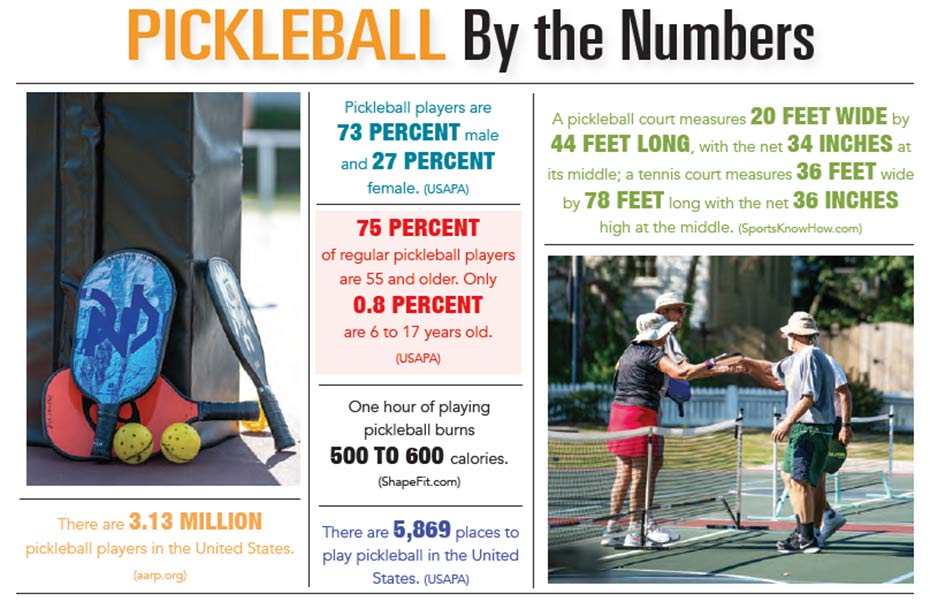