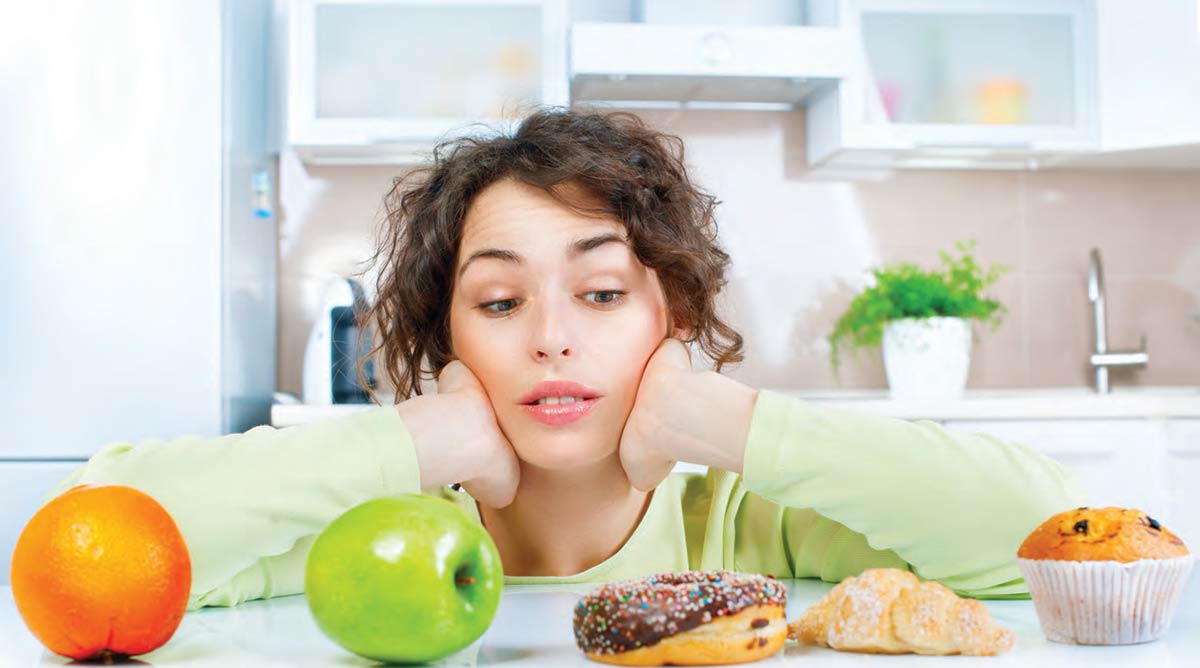 “There’s no pill you can take.”

That’s the bottom line when it comes to fad diets, according to nutritionists like Kim Uyak of Charleston-based Physician’s Plan Weight Loss and Wellness. There is no magical meal plan that will improve the health of every person who tries it. Still, over the course of each year, millions of Americans put their faith in a new fad diet.

Paleo, raw, juice cleansing, vegan and gluten-free: According to takeout marketplace Grubhub, these are the top five diets that dominated America’s collective eating habits in 2016. With Paleo up 370 percent from the prior year, these are major trends. Each fad represents a billion-dollar industry that includes self-help books, online meal planners, mobile apps, coaches and sometimes even edible food itself.

The reigning fad diets are an incongruous bunch. Paleo touts lean proteins and vegetables; raw diets are fruit-heavy; juice cleanses make meals out of liquified plants; veganism eschews anything animal-based; and gluten-free is a treatment for celiac disease that’s sprouted into a health trend. However, one similarity does bind this motley crew: elimination. Each of the hottest diet trends omits select food groups for the sake of “healthier” living.

“Any time you have a diet that’s an elimination diet that takes a whole food group out of your system – is it really sustainable?” asked Uyak. “Is it really something you can do forever? We’re tempted. There is so much food out there.”

Discovery, not discomfort, should be the leading principle. What many dieters lose sight of, especially when the socially- driven trend of a fad diet takes hold, is that the entire purpose of any elimination diet is to discover what foods actually work for your body.

“Some of the crazy things out there can help you get to a different spot by giving you changes in your behavior,” said Uyak. “But if you don’t learn other things along the way, it’s definitely not sustainable.”

It is not a short term DIET. It is a long term LIFESTYLE CHANGE.

What Paleo and juicing have that the Adkins diet didn’t is social media. Diets have become lifestyle brands that involve everything from T-shirts and resorts to workout plans. Combined with the ever-changing protocol of restaurants and major food producers, diet fads seems almost omnipresent.

Even heavy-hitter news outlets like The Atlantic, The Wall Street Journal and The New York Times published first-person accounts last year about popular food trends. Writing about juicing, supposedly the favorite diet of celebrities like Gwyneth Paltrow and Jennifer Aniston, New York Times writer Judith Newman was unequivocal: “You know what it cleans out of you best? The will to live,” she claimed. “By the third day, I felt great in the way I’m told that the imminently drowning feel great right before they give up and inhale that last mouthful of water.”

Drowning in information and cyclical trends, many dieters feel overwhelmed.

“It is complicated to say the least,” said Uyak, who works with clients seeking nutritional counseling, accountability and weight loss for reasons ranging from heart disease management to an upcoming wedding. “The bottom line is we know that too much of anything is not good for you.”

The solution is moderation combined with accountability, according to Uyak. Rather than hoping for the next fad diet to be that wonder pill, try mindfulness and simplicity. Sure, try a fad diet, said Uyak, but remember that you’re conducting a test to see how your body reacts. Reducing your calories and increasing your activity will inevitably lead to change in your body, but the point is to monitor yourself to ensure sustainable change that actually feels beneficial. Maybe for you that is a meat and plant-based diet like our Paleolithic ancestors ate. Maybe it is a monthly juice cleanse or reducing gluten. Whatever you test, involve professionals who can both hold you accountable and support your transitions. Failure, after all, is not necessarily all about you.

“People will hold themselves to an unrealistic goal or an unrealistic diet, and, unfortunately, when they fail, they take it as a personal failure. Not that the diet failed them, not that what they were trying to do failed them, but that they failed,” Uyak explained. “Learn from your failures.”

Next year, some other fad diet will inevitably roll through. The point is to live your life and be able to enjoy it, too. As Uyak put it: “Everyone should be allowed to have a piece of birthday cake.” 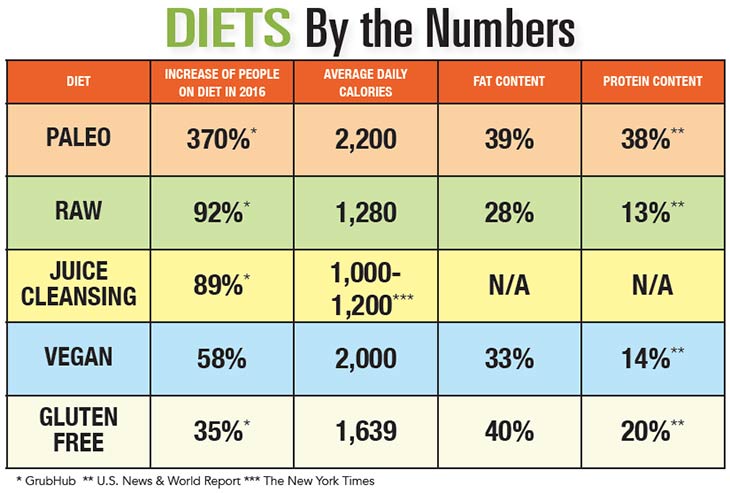